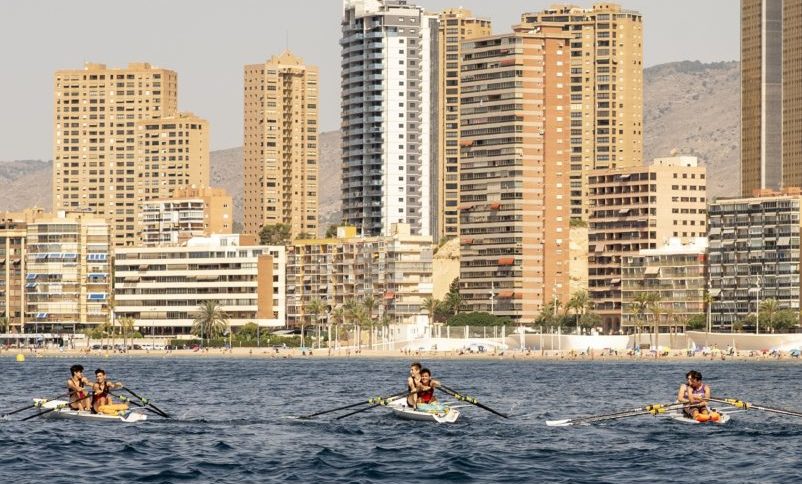 ##The rowing season in the Valencian Community continues its course with the celebration, next Sunday June 27 in Benidorm, the Autonomous Championship of Sea Rowing. A total of 87 boats representing twelve clubs will participate in an event that will feature the participation of cadet, youth, senior and veteran categories. The regatta is organized by the Club Náutico Benidorm, in collaboration with the Federación de Remo de la Comunitat Valenciana, and will be held on the famous Levante Beach in the town of Benidorm. The sea rowing is a modality that is performed in open water and in boats ranging in size from 6 to 10.70 metres.

The cadet category will provide 10 female teams and 5 male teams, divided between the modalities C2X and C4X+. The veteran race will have C1X and C2X categories, as well as the participation of 11 female, 13 male and 5 mixed teams. In these two categories, the distance covered will be 3,000 meters and the boats will have to make four tacks. In the youth event, three male boats will compete in the C2X style, while the senior event will be the most crowded with 40 teams: 15 women’s, 18 men’s and 7 mixed. The sea rowing modalities to be seen in the absolute category will be C1X, C2X and C4X+. The distance for juniors and seniors increases to 4,000 metres, as well as the tacks, which will be six.