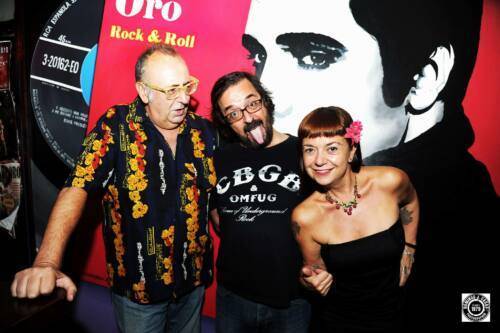 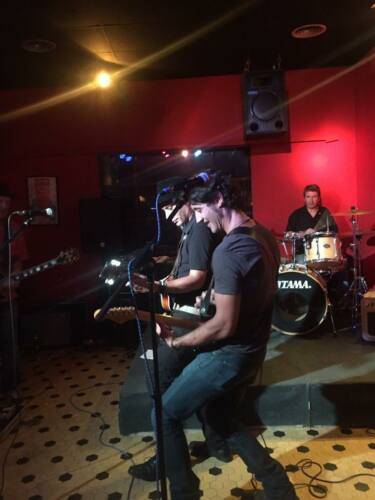 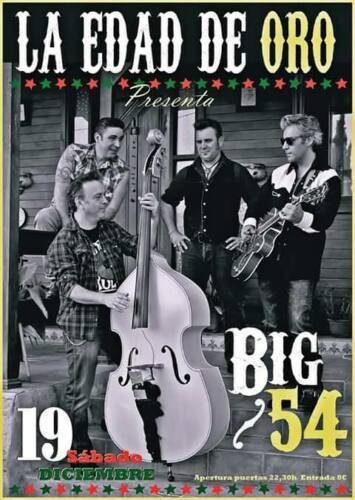 One of the great things about Valencian nightlife is the number of bars and clubs run and owned by the people who work in them, not plastic franchises but labours of love with their own special character. First in the Carmen and now in a more spacious locale in Distrito 8, La Edad de Oro has been a popular part of the Valencia scene for 24 years. Music and the arts have always been at the heart of the venture and now in the bigger space they have been able to expand and develop this. We spoke to owner Juanjo who, along with his wife Reme, has really stamped his personality on the place

How and when was LA EDAD de ORO born?

La Edad de Oro opened in 1996, in the ground floor space of a recently restored Seventeenth Century building. Pedro Porcel and I opened it. We already had the Marxa together with some other partners and we’d set up, CONTINENTAL back in 1985 which had been a pioneering venue for live concerts from the era of the “Movida”. Later Pedro had to leave the partnership for work reasons and now it’s my wife, Reme Maldonado, and me.

The original EDAD de ORO was in the Carmen but you have recently moved to a new site in Distrito 8. Why did you make the change?

Because the old place had limited space, which didn’t allow us to have live music and we had to limit ourselves to smaller cultural activities like book presentations, Exhibitions and auctions of vintage articles (which was our most famous activity). It was also partly due to the problems which are part and parcel of the Carmen; the crowds, the neighbours, pressure from the police, that we decided to up sticks and look for a bigger place but one which would fit our style and after a lot of searching we found a pub which was then called El Viejo Almacén in calle San Jacinto, which ticked all the boxes both aesthetically and from the point of view of its potential for activities and events. It’s just off Fernando El Catolico in the Juan Llorens district and about 5 minutes walk from Torres de Quart.

How have things changed since the move? Do you still see the old customers and friends from the Carmen? What differences have you noticed between one barrio and the other?

The main changes have been down to the location; before we were right in the middle of it all with all the passing trade that that brings, now people have to come to us especially. That inspires our imagination, we are forced to be creative and dynamic, to organize events and shows which will attract a loyal public and will be worth people’s while coming over to see us. We also put a great deal of effort into the choice of music, something I’m personally in charge of. We still, of course, visit the Carmen to see old friends and keep up to date with what’s going on there.

The neigbourhood where we are now is perfect for us because we are very close to both the Carmen and Juan Llorens, within easy walking distance of both.

What is the secret behind so many years of success?

There is no single secret of success; it’s mostly about combining peoples tastes with a good vibe and good service at a reasonable price. The programme of events, the choice of music and excellent management by my wife Reme of the bar and public relations in general complete the picture.

And now the inevitable question for any business nowadays. How are you dealing with the recession?

The recession has had its effect, an important effect, and anyone who doesn’t acknowledge that is blind. For most people the employment situation is really unstable which means they are not able to live their leisure time to the full. The fear of unemployment and economic problems loom large. Luckily, we are gradually finding our feet again. But it naturally has a big influence, in our case, we haven’t raised prices in the last seven years and at the same time we have to take the hit of 21% VAT both on what we sell and what we buy, which has left many places in our business and similar businesses like cinemas and theatre in a state of ruin.

What is the life of the owner of a popular pub in Valencia? What are the most common day-to-day problems?

Although the real activity of the bar is Thursday and the weekend, work takes up the whole week, organizing the gigs, co-ordinating the free-entry jam sessions which we host every Thursday, and meetings with suppliers, social networks and publicity.

You have always been staunch supporters and promoters of live music. Have there been any gigs at La Edad de Oro that you particularly remember?

Gigs to remember? There have been loads …The Fleshtones, Malevaje, Jaime Urrutia, Ariel Rot as a very special guest, were all fantastic.

But I have to mention one musician who came to a Thursday jam session, an ageing Dutch saxophonist who happened to be passing through Valencia and fancied a bit of a jam. It turned out he was a Jazz star in his own right and had played with all the greats, John Coltrane, Stan Getz….etc it was a real honour to have him play in our bar.

Looking to the future, what plans and projects do you have for the bar?

Our projects for the future go hand in hand with maintaining and developing our place in the local scene and continuing to be a reference point for all our present and future customers. We are also looking at the possibility of hosting stand-ups and monologues and other theatre activities beyond the staples we usually offer. We’d like to take advantage of this interview to ask for any suggestions or proposals people might have, we will take a look at them and see if we can get something going.

Finally, what would you say to convince us to come along to La Edad de Oro?

After everything I’ve already said, I’ll just say come along to La Edad de Oro and see for yourself. We will be closing on Feb 15th 2019 as the lease has ended afer 12 years here. However, we are looking to continue ‘La Edad de Oro’ in a new venue in Valencia from March. Watch this space for news!