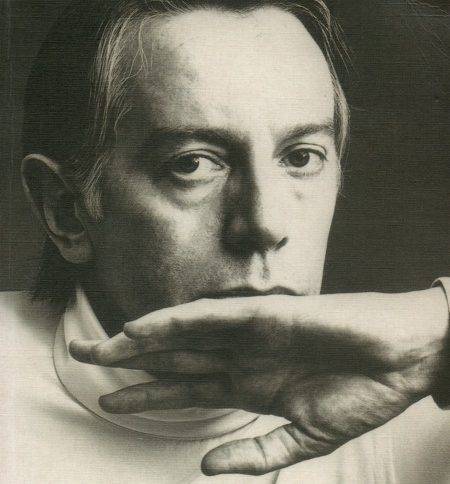 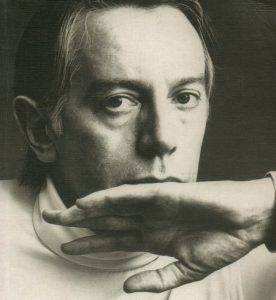 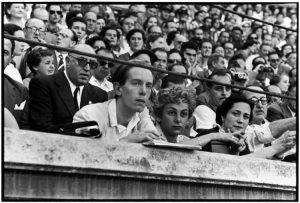 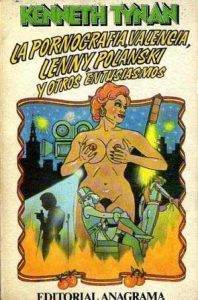 In his 1975 book ‘The Sound Of Two Hands Clapping,’ Kenneth Tynan wrote:

“The new tourism, of which I am a charter member, is more selective…Valencia where a noisy and majestic ugliness stands sentinel, ever ready to repel outsiders, is one of the few places that come close to fulfilling all our demands. We enjoy being idle in bright sunlight in a large Mediterranean city: here we can loaf, not so much solitary as truly alone, contemplative and detached while the rest of the world is visibly at work. Some people go on vacation in order to meet strangers. Others go to meet themselves. For this group Valencia, world hub of anti-tourism, is the predestined haven and hiding place.”

Tynan’s “heart-felt eulogy addressed to stinking Valencia, my favourite Mediterranean city” closes that book of essays but you have to wonder what he’d think of the 21st century model in this summer of tourist industry discontent.

Certainly the “broad, litter-splattered bed of rubble through which a dribble of yellow water runs” that was the diverted, but not converted, Turia river bed in the late ’60s is far from the “River of Culture” that seems to be the tourism promo slogan.

Tynan was a major cultural wheel then, having moved from drama critic for several big-time UK newspapers to literary manager of the National Theatre from 1963-1973. He was also a theatre impresario best known for co-writing and producing the controversial 1970 musical ‘Oh! Calcutta!’

His acerbic, droll aristocrat language makes for a good read, even if his prose sometimes gets too close to upper-class snobbery for a gringo like yo truly. All the negative comments can’t disguise his affection for the distinctive character of a city he had been returning to regularly for 15 years-just like sitting in a café with your friends bitching about some aspects of living here doesn’t necessarily mean you don’t like the place.

Valencia keeps good company in the book, sharing pages with Noel Coward, Roman Polanski, Sir Laurence Olivier and Marlene Dietrich while Tynan’s repertoire of personal city anecdotes include Dame Margot Fonteyn and Tennessee Williams. Other friends are New Yorkers with names like John Barry Ryan III, so we’re obviously dealing with a social strata well removed from what most of us know. But this comment from Mrs. Ryan still rings true: “Valencia lets you make your own choices. It preserves its own pride and lets you preserve yours.”

Valencia wasn’t a frequent early travel stop and the writers Tynan cites painted a pretty savage portrait. The essay’s title comes from Henry Swineburne in 1775: “The Judicious Observer Will Be Disgusted.”

It was called “the wart on the Mediterranean lip” and Theophile Gautier cited this traditional verse in 1840: “In Valencia, the vegetables are water/The men are women/And the women nothing.” More recently, Tynan notes the 1960 movie ‘El Cid’ was filmed with Peñíscola standing in for Valencia because the latter “wasn’t presentable enough to be allowed to play itself.”

Even two favorable portrayals he cites are tainted-neither author ever actually visited the city. But Tynan is a Valencia advocate and he approvingly quotes a passage from Hemingway’s ‘For Whom The Bell Tolls’ for conveying “some of the secret and eccentric flavour of the place.”

So how does Tynan’s account of the Valencia of decades ago stack up with present-day reality? Pretty well on my scorecard, which should please both the “In Valencia, you live well” camp and the many critics who decry the lack of change within the Valencia culture bubble.

“Not being a tourist haunt, Valencia has never learned the techniques of ingratiation or self-salesmanship.” Got that right…even today the tourist industry follows the PR forms to the letter but lack any real grasp of what can make life here special.

“Good food exists in the city but great pains are taken to conceal it. On view beneath the vast tiled dome of the central market there is so much vegetable wealth, such an amplitude of meat and fish, that you wonder at the ingenuity with which the cooks of Valencia contrive to ruin them.” Consult your Rough Guide or Lonely Planet if you don’t believe your own taste buds.

From a former U.S. consul: “This is the smallest big city in Spain…Somehow they can’t think in larger units than small family businesses.” How many times have you heard Valencians proudly mention the pueblo feel of the city?

Tynan loves the fireworks and mascletás: “Since even a Valencian might balk at attempting to outshine the sun, the emphasis by day is on unaccompanied sound: if they cannot dazzle you, by God they will deafen you.” His account illuminates the old days when lines of tracas strung along the streets leading to the Plaza del Ayuntamiento were blown off leading up to the main event, a kind of firecracker foreplay before the big pyrotechnic climax.

On Las Fallas, he candidly acknowledges the difficult task of conveying what a falla is in words but salutes one positive aspect of the festival. “The main point is that we have here that rarity in contemporary Europe, a thriving and popular primitive art, able to assimilate ancient myths and yesterday’s headlines without the least hint of self-consciousness.”

But he’s aware of a major criticism voiced against Las Fallas, even writing before the refritos era dawned to damper its aesthetic and satirical creativity. “Worse still, the social and ethical attitudes embodied in the fallas are rabidly and ferociously conservative-a ghastly fate to befall a popular art.”

This is still a city that provokes intense pro-and-con reactions-people either get Valencia instantly or they don’t get it at all. Mrs. Ryan’s comment about being left alone to make your own choices and this final quote from Tynan (which still holds even in our tourist-industry-a-go-go era) gets close to the key to life here:

“What you immediately recognize, if you are a genuine anti-tourist, is that this is a town where you can create your own private myths and live cocooned in your own emotional climate… It should by now be clear that if you shun risks and love beaten paths, this is not your town.”

I lived in a loft in downtown Los Angeles for nine years before moving here and my landlord once remarked, “It takes a certain kind of person to live downtown.” That holds true for Valencia, too…not everyone can wade through all the obstacles of actually functioning here on your own once that intoxicating first rush fades and the como siempre settles in.