You are here: Home  /  History  /  October 9 is the Day of the Valencian Community
History 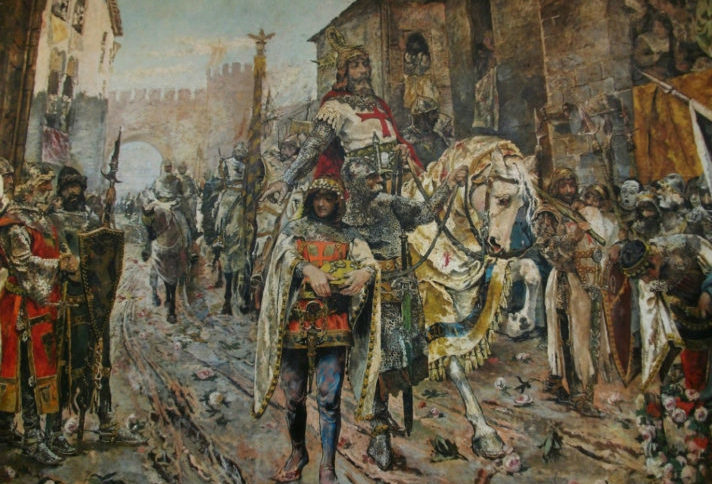 October 9 is the Day of the Valencian Community

October 9 is the Day of the Valencian Community and commemorates the entry into the city of Valencia of King of Aragon ‘Jaume I the Conqueror’ in 1238.

The “mocaorà
The 9th of October is also the feast day of Sant Donís (in Spanish, San Dionisio), traditionally considered the patron saint of lovers, which is why it is customary on this day to give the mocaorà, a knotted silk handkerchief inside which are placed marzipan sweets handmade by Valencian confectioners. These sweets consist of the traditional cakes known as Piruleta and Tronador -small bars of marzipan, made with equal parts of almond and sugar filled with yolk-, together with small marzipans in the shape of all kinds of fruit and foodstuffs. Originally, the mocaorà was made up of sweets such as nougat, until in 1738 the firing of firecrackers, called piruletas and tronadores, was banned to celebrate the fifth centenary of the conquest of Valencia, so the city’s confectioners’ guild made sweets in the shape of the banned firecrackers, a custom that has been maintained to the present day.