You are here: Home  /  History  /  MARIA SABINA SUEY AND THE HOLY GRAIL
History 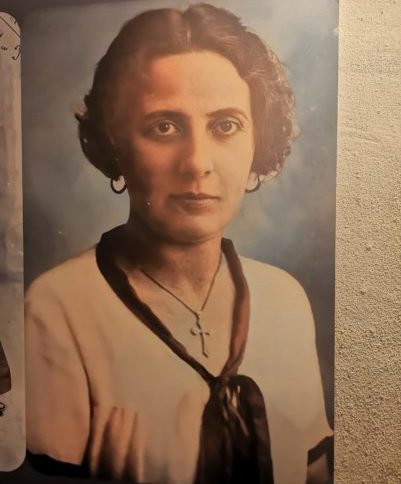 ##The Holy Grail is a piece of history with strong links to Valencia. Legend dictates that the Holy Grail is the cup that Jesus drank from at the Last Supper. Whilst some people question where the Holy Grail is currently located, others believe that it is found inside the Valencia Cathedral. Indeed, Valencia is the only location that is accepted by the Vatican as the resting place of the Holy Grail…after vigorous scientific and historical research over the decades and across continents too.

Centuries old, the Holy Grail has been mentioned in many written texts including its appearance in Chrétien de Troyes’s Old French verse romance the Conte del Graal, which translates as the Story of the Grail. Kept alive and a mystery… the legend of the Holy Grail was kept alive by writers & poets like Alfred Tennyson and authors like Carter Scott.

One piece of history where the Holy Grail is at the heart of the story is the tale of Maria Sabina Suey, the woman who saved the Holy Grail. The story dictates that Maria Sabina Suey, a woman whose job was to clean the cup, took the treasure and hid it during the Spanish Civil War between 1936 and 1939. Her desire to hide the relic came from a threat to Valencia Cathedral by the anti-clerical militias during the Spanish Civil War.

The journey that Maria Sabina Suey and the Holy Grail went on is told in several family documents that were eventually traced. The documents stated that the canon of Valencia’s Cathedral, otherwise known as a priest Elías Olmos, gave the relic to Maria Sabina Suey on July 21, 1936, in an attempt to protect the cup whilst Valencia’s Cathedral was under threat. The Holy Grail was fortunately given to Suey some time before the burning of the Cathedral of Valencia.

When given the Holy Grail, Maria Sabina Suey decided to take it to her mother’s house on C/ Avellanas, which was not very far from the Cathedral. The documents state that the Holy Grail, otherwise known as the Santo Caliz, was wrapped up in silk and camouflaged with newspapers before it was taken by Suey to her mother’s home. To ensure extra protection on this short walk to C/ Avellanas, two members of the Cathedral, Elías Olmos and Jose Folch camouflaged themselves and followed Suey. This was done in case they needed to prevent an interception. Clearly, it was paramount that the Holy Grail was kept safe.

A few weeks later, after hiding the treasure at her mother’s house, Suey decided to move the cup to C/ Pelayo. This was the home of Maria Sabina Suey’s brother, Adolfo. Here, the pair decided to hide the Holy Grail in an old sofa to keep it safe.

The journey of the Holy Grail continued when it was moved again to Carlet (a pueblo in the province of Valencia). This time, the relic was hidden in the home of Bernardo Primo who was Suey’s cousin. In Carlet, the Holy Grail was hidden inside the hollow of a window, on the top floor of Bernardo Primo’s house. It is assumed that this hiding place was the final place that Suey’s family left the cup in where it stayed for around twenty-two months until 1939 when the Spanish Civil War had ended.

The journey that the Holy Grail went on, moving to a different relative’s house each time, shows the dedication and loyalty that Maria Sabina Suey’s family had when it came to protecting the cup.

However, it was not only Maria Sabina Suey’s family who wanted to protect the treasure. The name José Pellicer can also be mentioned, when it comes to talking about those who helped to hide and protect the Holy Grail. During one part of its journey, the Holy Grail was hidden by Suey at her own home in the room that she shared with her sister, Maria Milagro.

It was during this time that a group of anarchists searched Maria Sabina Suey’s house. José Pellicer was amongst this group, and he was the one who upon entering Suey and her sister’s room found the relic known as the Holy Grail. Instead of letting the others know, Pellicer decided to protect the two sisters by pretending that he hadn’t found anything. This act of protection was later admitted by Maria Sabina Suey’s granddaughter to José Pellicer’s wife to have been the act that saved the Holy Grail.

These anarchists weren’t the only group of people to try and find the Holy Grail, for during the time that Suey was enlisted to protect the cup many others spent their time searching for the piece of treasure. The communist Rojos were shown to search extensively for the Holy Grail. They searched Maria Sabina Suey’s home on two different occasions. During the time that the relic was at Suey’s brother’s home, the revolutionaries again searched the house two times. Fortunately, despite their many attempts, the left-wing Republicans were unable to find the Holy Grail.

The number of people with the desire to find the Holy Grail reveals the danger that Maria Sabina Suey and her family put themselves in in order to hide it. Many people have branded Suey as a heroine for her ability to have kept the Holy Grail hidden for so long, during such a dangerous time…and to have been able to hand back the Holy Grail so that it could go back to its rightful place, inside the cathedral of Valencia.