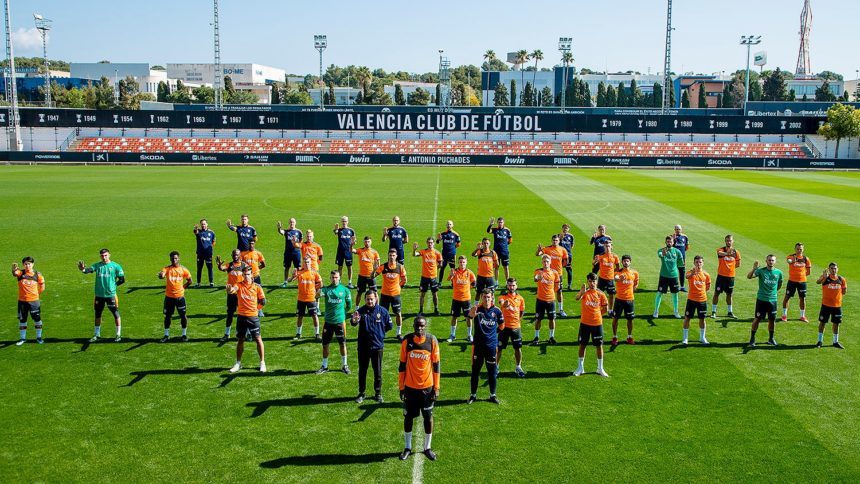 Valencia CF president Anil Murthy has been forceful in condemning racism and supporting Mouctar Diakhaby. Speaking to VCF MEDIA, the president, accompanied by an affected Diakhaby who was unable to make a statement, stressed the Club’s position and assured that “we will go all the way” to ensure that events like those that took place this Sunday at the Ramón de Carranza never happen again.

ANIL MURTHY, PRESIDENT OF VALENCIA CF: “Yesterday in the match against Cadiz we witnessed a blatant act of racism. We can’t call it anything else. Our player, Mouctar Diakhaby, was the victim of a very serious racist insult by the player Juan Cala. Even if he denies it, we all know how to recognise a guilty face and we totally believe Mouctar. This type of behaviour is intolerable in football and in society and Valencia CF condemns any type of racism and fully supports our player. If the example we are setting is that when there are no cameras anything goes, that is not the message we have to give. Football should be an example for society. I believe in my player and everyone watching the game on TV could see that something serious happened to make our players leave the pitch. The face of the culprit was very evident on TV as well.”

Valencia CF will go all the way

“Let there be no doubt in anyone’s mind that Valencia CF will go all the way to defend Diakhaby and fight to ensure that such unfortunate events never happen again.”

“This morning we spoke to LaLiga to urge them to go all the way in the investigation into what happened. This cannot stop there and it cannot happen again to any player of any team.”

Proud of the team

“We regret that after the incident there was no reaction to stop the match and that our players had to stand up and leave the pitch en bloc. There can be no inaction in such situations. From now on we want to see a reaction to change these protocols, to protect the vulnerable. Because if we don’t change this, we will set a bad example to the whole world. We are proud of the team’s reaction and we still don’t understand why, after suffering this racist insult and seeing Diakhaby yellow carded by the referee, we had to go out and play because the rules do not protect the victim and the team in this type of case.”

The rules need to be changed

“This has to change. It has already changed in other leagues and now it must also change in the Spanish competition. We cannot turn a blind eye to something as serious as racism. It is time for change and Valencia CF will go all the way in support of its player and against racism. Yesterday, we took a step backwards in the fight against racism. Football has to be an example for society. No to racism!”