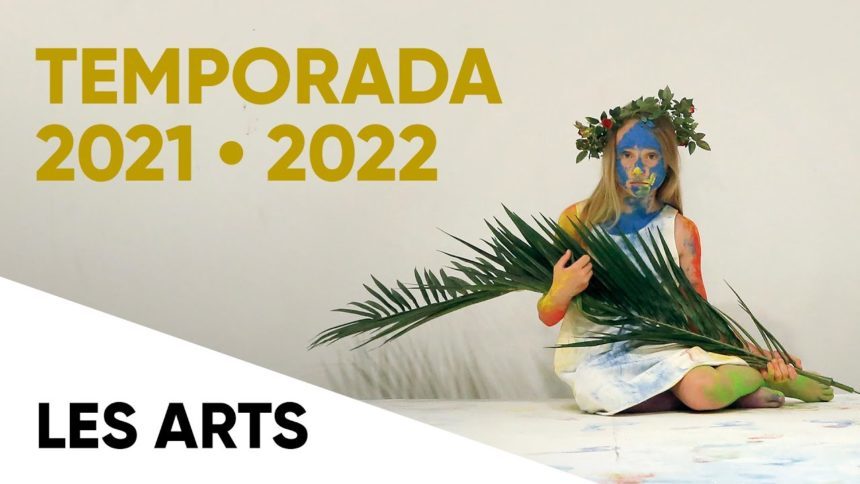 ##- American James Gaffigan assumes the musical direction of Les Arts for the next four seasons.

The regional secretary of Culture and Sports, Raquel Tamarit, the artistic director of Les Arts, Jesús Iglesias Noriega, and the president of the Patronato de Les Arts, Pablo Font de Mora, have presented the programme for the 2021-2022 season, a journey through the history of music from the Middle Ages to the 21st century through the different lines of programming integrated for the coming season.

According to Raquel Tamarit: “Jesús Iglesias Noriega and the whole team have consolidated a project that is making Les Arts a cultural centre in which the public can identify themselves, both for the excellent opera season presented and for all the parallel activities. A reference that already goes far beyond the building that hosts us, because Les Arts functions in Valencia with programming in many towns, with its musical proposals, to our region…”, and added: “In addition, the magnificent team of Les Arts is excited with the new season and we are waiting with open arms to James Gaffigan. From Cultura de la Generalitat they have all our support both in terms of working side by side and economic funds, since every year we do everything possible to increase our investment in the musical theatre of the Valencian people. This year, with 19.3 million euros, an almost 50% greater budget than six years ago”.

For his part, Pablo Font de Mora, said that: “the new season consolidates the artistic model that Les Arts launched with the appointment of Iglesias Noriega: a programme of international quality, which does not forget the excellence of the region, where there is room for a wide range of genres, styles and performers for every citizen to find their place in the theatre”.

Jesús Iglesias Noriega announced that “the 2021-2022 season also marks the beginning of a new period for the Orquestra de la Comunitat Valenciana which, with the appointment of James Gaffigan as the new musical director of Les Arts for the next four years, begins a period of stability and growth”.

James Gaffigan will be in charge of inaugurating and concluding the season with two reference appointments: the revolutionary staging of Mozart’s ‘Requiem’ by Romeo Castellucci; and the avant-garde and still unpublished ‘Wozzeck’, by Alban Berg; in addition to a concert, in which he conducts works by Rodrigo, Ravel and Dvořák.

“Artistically”, as Iglesias Noriega has pointed out, “the axes of the new season are maintained: the presence of Mozart (‘Requiem’) and Verdi with ‘Macbeth’; the recovery of the Central European repertoire, with ‘Wozzeck’; the restitution of the Spanish heritage, with Manuel García; the inclusion of unpublished masterpieces with ‘Les contes d’Hoffmann’, by Offenbach; as well as a variety of styles, from the Baroque of ‘Ariodante’ and ‘Partenope’ by Handel, to the verismo of Puccini or contemporary opera with ‘Trouble in Tahiti’ by Bernstein”.

The search for new aesthetics materializes with the premiere of the co-production of the ‘Requiem’ in which Castellucci transforms the unfinished mass of di-funtos into a hymn to life; Richard Jones’ adaptation of the caba-lleresque intrigue of ‘Ariodante’ to an island of fishermen in twentieth-century Scotland; Johannes Erath’s powerful theatrical exercise in ‘Les contes d’Hoffmann’; Benedict Andrews’ sober staging of ‘Macbeth’; or Andreas Kriegenburg’s production of ‘Wozzeck’, a landmark staging of the play.

In the staging, two women will direct the only two new productions of the season: Bárbara Lluch, with a growing presence on the national scene, directs ‘Un avvertimento ai gelosi’, by Manuel García; while Sol Picó presents a new dance show, ‘Titanas’, in which her recognized talent converges with the own language of three other co-writers.

The musical direction of each of the proposals is entrusted to specialists in each of the titles: William Christie and Andrea Marcon in the Baroque repertoire; Marc Minkowski to conduct with the OCV the critical edition of ‘Les contes d’Hoffmann’; Michele Mariotti as a renowned Verdian; the emerging Antonino Fogliani for Puccini; or Jordi Bernàcer for ‘Doña Francisquita’.

Likewise, in the symphonic section, the most prestigious conductors work with the OCV: Juanjo Mena with a monographic of Kaija Saariaho, a key figure of contemporary music; Gustavo Gimeno in his ascent in the Mahler universe; the emerging Riccardo Minasi in a distinctive programme that combines the Viennese fascination for the Italian imaginary; Josep Pons for Falla and Ravel; or the quoted Mark Elder who makes his debut in Les Arts with Strauss and Stravinsky.

In the section of voices, the artistic director has highlighted three appointments of reference. Marina Rebeka, who captivated in 2018 with her Traviata, will make her first in-cursion in the role of Cio-Cio-San in ‘Madama Butterfly’. While another of the great stars of the moment, Pretty Yende, will debut with one of the great challenges of her career: incarnating for the first time the four muses of ‘Les contes d’Hoffmann’. In addition to the return of Carlos Álvaro to Les Arts to star in ‘Macbeth’.

Also returning are established artists such as Anna Pirozzi and Marco Mimica, in ‘Macbeth’; or renowned voices of the German repertoire such as Eva-Maria Westbroek and Christopher Ventris in ‘Wozzeck’ together with Ruth Iniesta and Ismael Jordi in ‘Doña Francisquita’.

After their exquisite performances this season, Joyce DiDonato and Ma-rianne Crebassa star in two of the sessions of ‘Les Arts és Lied’, in which the audience of Les Arts will be able to hear for the first time artists of the stature of Matthias Goerne, Benjamin Bernheim, Lissette Oropesa and Jakub Józef Orliǹski. While ‘Les Arts és Grans Veus’, offers the reunion of two singers very appreciated by our public, Leo Nucci and Erwin Schrott, with a programme dedicated to Giuseppe Verdi.

For its part, ‘Les Arts és Dansa’ continues its commitment to show the different aspects of this discipline. In addition to the new production ‘Titanas’ with the Alcoy-born Sol Picó, Spanish dance will be presented by the Ballet Nacional de España, which will present ‘Invocación’, including some of its most recent creations. The cycle will close one of the great works of the repertoire, ‘La Bayadère’, with which the Perm Opera Ballet, one of the companies with more tradition in Russia, will be presented.

In addition, in collaboration with the CNDM, a new section has been created to address a historical debt of the programme with baroque and early music and its important national tradition. The main ensembles make up ‘Les Arts és Barroc i Música Antiga’, in which Carles Magraner and his Capella de Ministrers make their debut at Les Arts together with Marian Rosa Montagut’s Harmonia del Parnàs, also from Valencia.

Finally, Jesús Iglesias Noriega reminded us that the remaining lines of the new season are maintained and grow in diversity, with new events in ‘Les Arts és Flamenco’ and ‘Les Arts és Altres Músiques’, in addition to the cycle ‘Les Arts és Per a Tots’ and the sections of education and training.