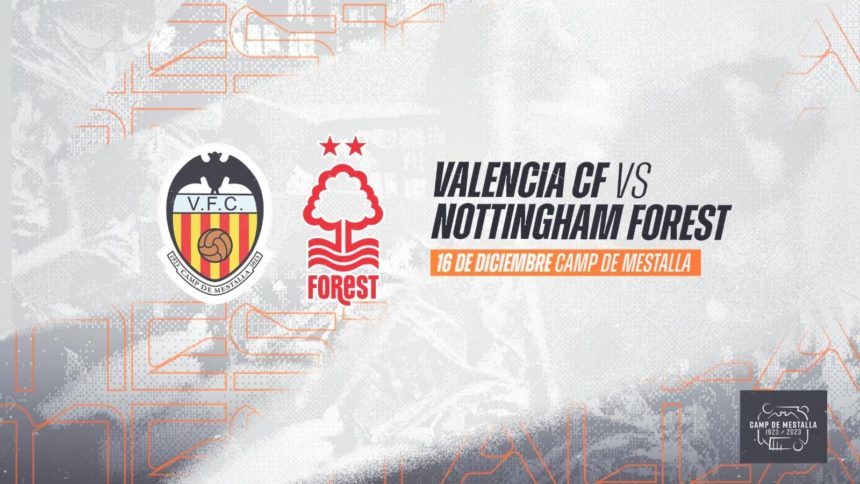 Whilst the World Cup in Qatar is in full swing and continues to provide shock results, Valencia CF had a surprise of their own for their fans by announcing four friendlies before they get back into La Liga action on New Year’s Eve against Villarreal.

The first of these friendlies was against a Leeds United Under 21 side. Played at the Antonio Puchades stadium, behind closed doors, it proved to be a stern test for the side from Yorkshire, who stand at the top of the Premier League 2, Division 2 table.

Having won eight games and drawn one from their nine league encounters, Valencia would have expected a competitive match. However, with a mixture of first team and Valencia B players, the hosts posted a comprehensive 8-0 victory.

Valencia used a total of 26 players, with Marcos André bagging a hat trick inside 18 minutes, as the home side got off to a flying start. Samu Castillejo added a fourth in the first half and then a host of changes took place at the interval.

This did not prevent Valencia adding more goals in the second half, as a brace from Fran Pérez, and a goal each for Martin Tejón and Hugo Duro rounded off the scoreline.

Valencia are back in action again at the Antonio Puchades  stadium in a few days when they clash with the French team Clermont Foot 63, in another game that will not be open to the public.

The French side currently sit tenth in Ligue 1 and they have travelled well this season already winning at Ajaccio and Stade de Reims. In Tunisian international Saîf-Eddine Khaoui they have a midfielder who can be a potential match winner. He was part of the Tunisian squad that played in the World Cup in Russia in 2018, but unfortunately he did not make the roster for Doha.

The club were noted for being the first professional men’s team in France to appoint a woman as head coach at a top level. The fourth friendly will also be played at the Antonio Puchades venue behind closed doors and the opposition will be AZ Alkmaar.

The two clubs met in the Europa League quarter finals in the 2011/12 season when Valencia lost in Holland 2-1 but won the return fixture 4-0 at the Mestalla, thanks to two goals from Rami. Jordi Alba and Pablo Hernández also got on the scoresheet that night.

Coming into the winter break, AZ are placed fourth in the Eredivisie, a few points behind Feyenoord, Ajax and PSV. Greek forward Vangelis Pavlidis, who scored the winner at PSV in AZ Alkmaar’s last league game, is likely to be one of the main dangers for the Valencia defence.

The one game of the four friendlies that is being played at the Mestalla, and open to the public, is a friendly with the premier league outfit, Nottingham Forest.

The teams met in a pre-season friendly at the City Ground earlier this year when Carlos Soler scored for the visitors in a 1-1 draw.

The two clubs have an interesting history in European competitions with Valencia having a healthy match up against the Midlands based club.

In 1961-62 Valencia and Forest were drawn out to play each other at the “dieciseisavos” stage of the European Fairs Cup.  Valencia won at home in the first game 2-0 thanks to a double from Waldo.

A few weeks later they travelled to England and thumped Forest 5-1. Waldo had scored another two goals inside fifteen minutes to put the visitors four goals to the good on aggregate.

To put icing on the cake Héctor Núñez went on to score a hat-trick for his side. Forest did manage a goal through Billy Cobb but Valencia served notice to all of Europe that they were a major force to be reckoned with in this competition.

So it proved, as manager Domènec Balmanya and his Valencia CF side saw off Lausanne Sports, Inter Milan, MTK Budapest and FC Barcelona in the finals to win the competition. This registers as one of the highlights in the history of Valencia Football Club.

Another crowning glory for Valencia in Europe came against Nottingham Forest when the two sides met in the European Super Cup Final in 1980.

The encounter came about as Valencia were the European Cup Winners Cup champions, after beating Arsenal 5-4 on penalties at the Heysel Stadium. Nottingham Forest had beaten Kevin Keegan’s Hamburg in Madrid 1-0, courtesy of a John Robertson goal to win the European Cup.

Beating a side marshalled by Brian Clough and Peter Taylor would be no easy task over two legs. The first leg took place in England, and Valencia drew first blood when Argentine Dario Felman put the visitors in front just after half-time.

The hosts came back strong with Ian Bowyer restoring parity just before the hour mark. The Forest midfielder struck again a minute before the final whistle to give the English side a slender lead to take to the Mestalla.

A rammed stadium in Spain witnessed one of the best European nights in Valencian football as a Fernando Morena strike, early in the second half, gave Valencia victory on the away goals rule.

The friendly in mid-December may not have the same connotations as a European final, but it will revoke many memories for Valencia fans who attended the match on 17 December 1980, and satisfy thousands more who have watched the highlights since on TV and You Tube.

Meanwhile, Levante UD have continued to perform well in their recent league matches and are the side to beat in their division at the moment. The currently lie in fifth place with a game in hand on some of their rivals, and just six points adrift of leaders Alavés, who are one of the teams above Levante who have played that extra match.

The two teams meet at the Estadio de Mendizorroza later this month.  A victory in the Basque region and at home to fellow promotion challengers Eibar a few days later, will go a long way in convincing Levante fan’s that the team have got what it takes… to get back in La Liga at the first time of asking.