You are here: Home  /  Food  /  A PUDDING OF MELLOW FRUITFULNESS By ‘LA OLA FRESCA’
Food 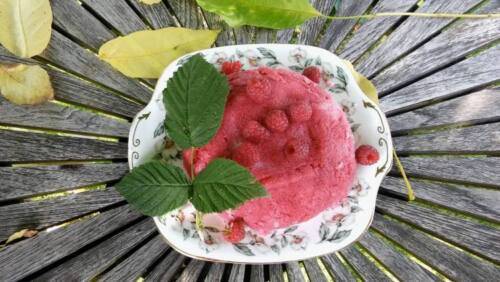 A PUDDING OF MELLOW FRUITFULNESS By ‘LA OLA FRESCA’

##Although Britain is not well famed for its culinary heritage, it is generally accepted that they do have some fine desserts. So, this month, we indulge in puddings and “the proof of the pudding is in the eating”! A refrain which coincidentally originates from the translation of ‘Al freír de los huevos lo verá’ by Cervantes from Don Quijote de la Mancha. It means that you can only tell whether something is good by actually experiencing it!

Puddings have long been a stalwart of British cuisine, although the term pudding could be derived from both French and German and referred to either meaty sausage or similar blooded-pud. These days, ‘pudding’ can refer equally to sweet and savoury. It is also a term for desserts in general and, probably for its form or shape, can describe someone who is a little on the porky side.

However, fear not! The classic Pudding from which our recipe is inspired was invented in health spas around the 1920s and saw itself as a step away from the more unhealthy buttered fatty pudding. Instead, this is a refreshing mix of raspberries, blackberries, blackcurrants and redcurrants, lightly cooked with sugar, pressed and chilled with fluffy, juice-soaked bread. Try our poetic ode to Romantic poet John Keats with our ‘pudding of mellow fruitfulness’, made with raspberries, red or purple plums and blackberries.

You will need one large pudding dish (1.5ml)

N.B. If you can’t find fresh fruits, most supermarkets will have the frozen berries to make the more traditional Summer pudding

First place the plums and the sugar in a heavy bottomed saucepan. Simmer gently until the juices start to run and the sugar dissolves. When the plums are tender…add the rest of the berries. Cook for about 5 minutes, until the berries start to burst but do not overcook into a stew. Remove from the heat and add the lemon juice. Taste for tartness. As with most good desserts this should be a zingy-zangy taste bud roller coaster from sweet to tart.

While the fruits are cooling, press the bread slices into the pudding basin. They need to fit tight so there are no gaps for our fruits to escape to. However, please don’t steam roll flatten or it will end up dense and soggy.

Next, place the plum halves in the bottom of the bowl and pour the rest of the fruits and juices over them. Cover with 1 to 2 more slices of cut bread, pressing down lightly. Cover the basin with cling film. Put a small plate or sauce that just comes short of covering the bowl and weight down with something like a tin or diving weight. Place on a dish in the fridge overnight.

When you are ready to serve, remove the outside wrappings (cling film, plate and weight). Loosen with a pallet knife and turn upside down onto a plate. Hey presto! Your perfect pudding… with any luck. But remember the proof of the pudding will be in the eating! Serve chilled with cream or Greek yogurt.