You are here: Home  /  Food  /  ‘QUIQUE DACOSTA RESTAURANTE’ (DÉNIA) VOTED AS ONE OF THE TOP 50 RESTAURANTS IN THE WORLD!
Food 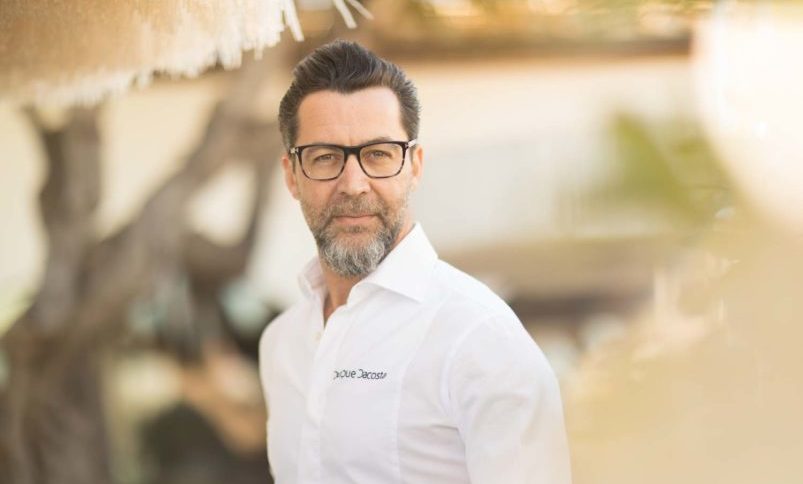 ‘QUIQUE DACOSTA RESTAURANTE’ (DÉNIA) VOTED AS ONE OF THE TOP 50 RESTAURANTS IN THE WORLD!

Six Spanish restaurants, including Quique Dacosta’s in Dénia, have made it to the top fifty in the world according to The World’s 50 Best Restaurants list, which was announced this week at at a ceremony held in London’s Old Billingsgate. The top spot went to Danish chef Rasmus Kofoed’s Geranium (Copenhagen). The vote, organised by UK-based William Reed Business Media, involved 1,080 culinary experts from around the world, each of whom chose up to ten restaurants. The event, which annually brings together the most important chefs, restaurateurs, media and gastronomes on the gastronomic scene, chose as the second best restaurant the Peruvian restaurant Central, in Lima, and awarded a bronze medal to the restaurant Disfrutar (Barcelona), while fourth place went to Dabid Muñoz’s DiverXo (Madrid). The other Spanish restaurants selected were Bittor Arginzoniz’s Asador Etxebarri (Atxondo, Vizcaya) in sixth place, Elkano (Guetaria, Guipúzcoa) in 16th place and Mugaritz (Errenteria, Guipúzcoa) in 21st place. Quique Dacosta was 42nd.

24/7 VALENCIA:WHAT IS YOUR APPROACH TO COOKING?

QUIQUE DACOSTA: “The table is the perfect stage – and the food the right medium – to establish relationships through experiences; these ought to be shared, though social networks comprise an ever-growing part of this sharing. Behind this universal way of establishing relationships through experiences, there is the ancient human practice of gathering around the fire as a group, where our first complex social networks were born. It is in the routine of eating that community norms become ingrained from the day we come into this world. We cultivate our sense of taste together with other people in a socialising exercise that we continue throughout our lives.

Here, I cook in my own way, with my tastes, idiosyncrasies, abilities and shortcomings. I always try to establish dialogue and communication with you, which I aim to convey via the wonderful language of cooking.

I asked myself: What elements of my work make me stand out in the cooking world? And what ones link me to others and to other disciplines? These questions led me into a maze of reflections; these, in turn, led to many questions. Is what I do in itself a style? Does it communicate  excitement? Does it communicate something back to me? I know that in all these years of work, many of the feelings of excitement I have followed have led to certain paths and opened the door to major questions that keep on evolving. I also know that there is a certain aura of aesthetic beauty to my dishes: “How beautiful your dishes are!”, “It’s a shame to eat them”, “They’re a work of art”, people tell me. I’ve been lucky enough to hear these things many times in my professional career, and this makes me proud. I embrace these affirmations, which follow me everywhere – I believe that aesthetics is a sense to be enhanced, as it is the first one that the diner experiences – and they are sometimes a springboard for inspiration. That’s why I wanted to take a deep dive into this term, “Beauty,” that has been dominating my style…

Can a taste be beautiful? Is there beauty in a cuisine beyond aesthetics? Where can beauty be found? Is ‘Cooking Beauty’ possible? How many kinds of beauty are there? What disciplines create beauty by their nature? Can I speak to them? And to their creators, often artists?

Cooking, my cooking, depends on precisely this: on generating encounters  between human beings, real beings or  ideal beings and/or ideas. In the kitchen, these three ingredients are blended in an extraordinarily creative way, and they allow me to express myself. The relationship between ideas, humans and things is key. I try to feed my emotions in order to feed yours. The ones that led you to sit at this table.

Beyond aesthetics, beyond technique, and of course far beyond technology, beyond the land upon which I rely so deeply to express this work, even beyond the ingredients that I know that are at the heart of what creating is for us, there is a creative harmonic language in the ways in which foods are brought together, alighting at the table with a striking, sensory, beautiful language for the palate.

I believe in beauty as a tool for living, a steady beacon that nonetheless evolves and moves. I’m interested in creating from a place of beauty and harmony. Cooking Beauty is a language with an intellectual and intentional foundation that brings us together. I believe that there are many forms of beauty and that they express themselves in a multitude of ways; I, too, have shifted with them according to my moods.” 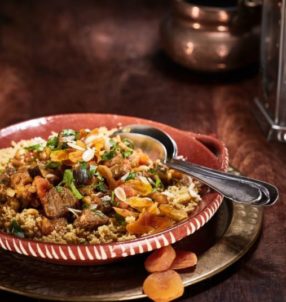