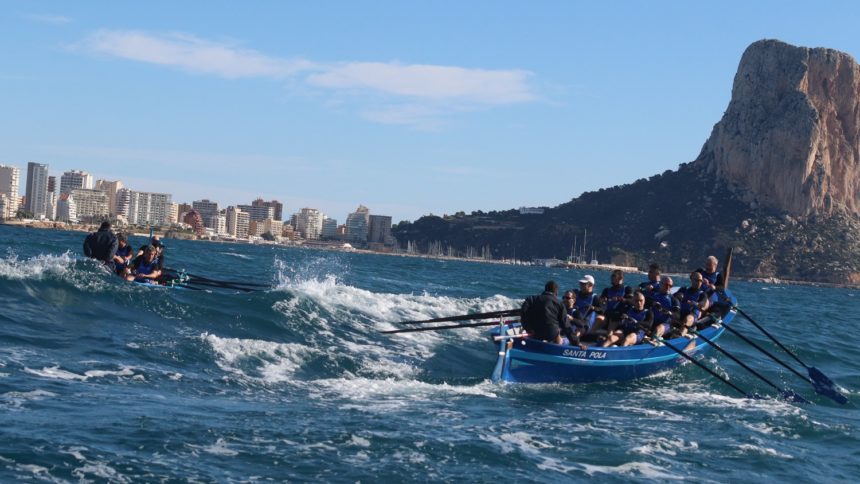 ##The Mediterranean Fixed Bench League organised by the Valencian Rowing Federation continues its course with the third regatta of the season to be held on Sunday 21 March. The waters of the Real Club Náutico de Calpe will be the venue for a race that follows on from those held last weekend in Benidorm and Santa Pola. Every step counts for the general classification and for participation in the Spanish Championship to be held on the third weekend in May, as this League is a qualifier for this national event.

Sunday’s regatta in Calpe will feature five categories. In the youth category, the women’s section will compete, while both the senior and veteran categories will have male and female representation. Athletes from 16 clubs from the Valencian coast will row in the traditional Falucho Llaüt Valencià, a style originating in the Valencian Community in which eight rowers and a coxswain get into the boat. The course, in all categories, will be 5000 metres.

The regatta will start at 9 a.m., with the start of the youth races. Each race will be 70 minutes apart. After this first race, it will be the turn of the veteran category, male and female, in that order. At 12:30, the absolute men’s race is scheduled to start, followed by the women’s race. The starting line will be located next to the facilities of the Real Club Náutico de Calpe.

The two races last weekend have left the first leaders of the Liga Banco Fijo del Mediterráneo who will try to defend their position in Calpe. Real Club Náutico Gandía leads the junior female classification, while Club Náutico Santa Pola and Club de Mar Clot de L’Illot de Campello lead in the absolute male and female categories respectively. As for the veteran category, the women’s team of Real Club Náutico Torrevieja and the men’s team of Real Club Regatas de Alicante are the first classified.