You are here: Home  /  Sports  /  Real Club Regata Alicante in the lead during the IX Regatta of the Season
Sports 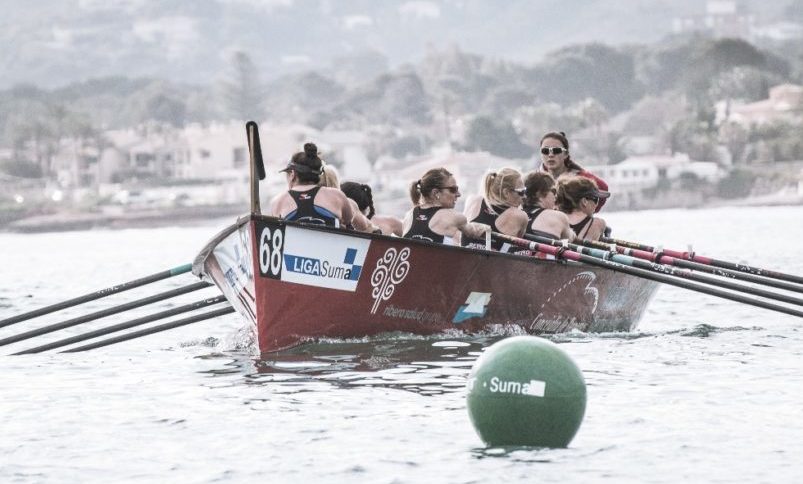 On Sunday 10 of April the SUMA Banco Fijo del Mediterráneo League took place in Denia, the IX Regatta of the season. The event was successfully organised by Club Rem Dénia in collaboration with the Rowing Federation of the Valencian Community. The competition welcomed over 600 athletes from 18 different clubs from the Levantine coast as well as crowds of people eager to witness the regatta.

The day begun very well for the host team, Club Rem Dénia, who dominated in the woman and veteran categories. The Dianenses, are in the overall lead in the official standings. In the men’s category, the Real Club Regatas Alicante had their time in the spotlight, with a slim lead of two seconds over their pursuer.

The regatta also featured the departure of a representative of Club Náutico Benidorm in the SCM category (formed by people who have overcome Breast Cancer) and a Mixed Promotion category, in which the victory fell to Club Náutico Santa Pola.

The IX Regatta closed with the departure of 19 boats in the absolute category. The women of Real Club Regatas Alicante repeated their third consecutive victory, after a race in which they stopped the time in 7 minutes and 15 seconds, thus achieving the fourth victory of the morning for their club.

League of the Mediterranean faces its final stretch. The penultimate regatta, the tenth in the calendar, will be held next Sunday, April 24 at the facilities of the Club de Remo Ciudad de Valencia. The rowers of the Valencian Federation have two weeks to gather strength and train for the last two stops that are exciting and decisive in many of the categories.