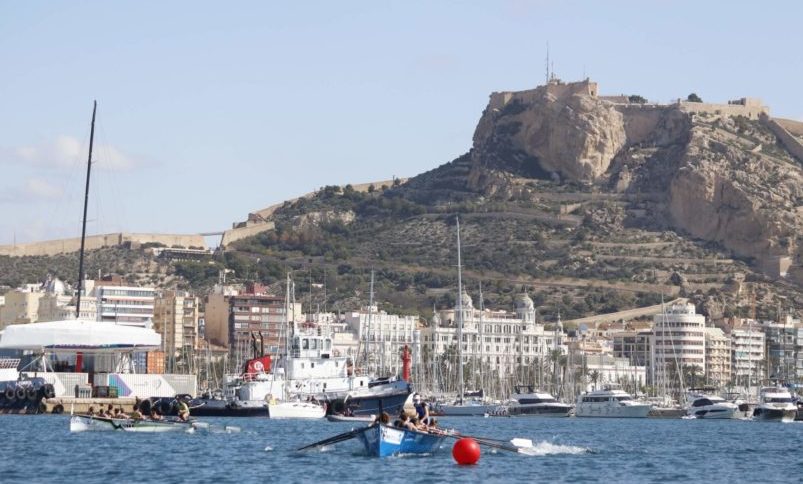 ##The VIII Regatta of the Liga SUMA Banco Fijo del Mediterráneo was held last Sunday, May 2 in Alicante, where the host club, Real Club Regatas Alicante, was the great dominator by winning in five of the seven categories. Precisely, it repeated the victories obtained in the previous regatta, held in Altea. Club Rem Denia and Club Náutico Santa Pola completed the quota of victories. This was the penultimate round of the SUMA League, organized by the Rowing Federation of the Valencian Community and is a qualifier for the Spanish Championship. This regatta was also the Regional Championship of the Mediterranean Llaüt mode.

The male cadet races were very tight, as Club Náutico Santa Pola took the win with only 39 hundredths of an advantage over Real Club Náutico Torrevieja. The Santa Pola boat covered the 700 meters of the race in a time of 2 minutes and 59 seconds. In the female cadet category, Real Club Regatas Alicante won after 3 minutes and 26 seconds of strokes; thus achieving its second gold of the course. The Alicante club also won the junior female race, in which its boat covered 1,400 metres in a time of 7 minutes and 12 seconds, obtaining a wide advantage over the second classified.

Club Rem Denia won again in the female veteran category, with a final time of 3 minutes and 12 seconds, once the compensation was applied; and achieved its third consecutive victory. Club Remo Torrevieja was very close to take the victory, since its final time was 16 hundredths superior. In the men’s race, Real Club Regatas Alicante was first with a final time of 2 minutes and 51 seconds and narrows the fight for the final title, which will compete in the last race against Real Club Náutico Torrevieja.

The Liga SUMA Banco Fijo del Mediterráneo celebrates its IX and last regatta next Sunday, May 9th in Valencia, where the champions of this edition will be decided and, therefore, who will represent the Valencian Federation in the Spanish Championship.