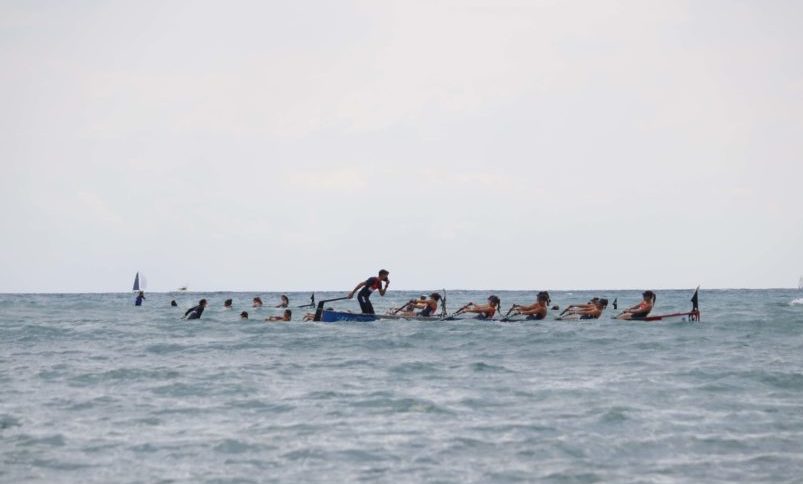 ##The VI Regatta of the Mediterranean SUMA Fixed Bank League took place last Sunday 18th April in Altea with victories for Real Club Regatas Alicante, who won five of the seven races, Real Club Náutico Torrevieja and Club Rem Denia. The rowers, representing 15 different clubs from the Levante coast, lived up to expectations and offered a great day of rowing in Altea. After this sixth regatta, there are three more races to be held, which will be key in the final classification of this regional competition.

In the cadet category, whose boats covered 700 metres and made a tack, the victory was shared between Real Club Náutico Torrevieja in the men’s category and Real Club Regatas Alicante, in the women’s category. The finishing times were 3 minutes and 11 seconds and 3 minutes and 29 seconds respectively. The Torrevieja team repeats its triumph and becomes the leader. On the other hand, it is the first victory for the Alicante team, as in the other cadet women’s race, the first position went to Real Club Náutico Gandía; so the fight for the title is very exciting.

The juvenile female category had a course of 1,400 metres and three tacks; and the first classified was the Real Club Regatas Alicante boat, which with a time of 7 minutes and 32 seconds beat Real Club Náutico Gandía by 7 seconds. As in the female cadet category, these two clubs lead the SUMA League standings, having won two races each, and face the final stretch of the competition immersed in a nice fight for first place.

The great day for Real Club Regatas Alicante continued in the absolute race, where they won in both categories. The women finished the course in 7 minutes and 10 seconds, ahead of Real Club Náutico Calpe and Secció Esportiva Universitat d’Alacant. The fight for first place in the men’s races was very close, as the Alicante team was only 36 hundredths of a second ahead of Real Club Náutico València. Third place also went to the university boat. This category also competed on a course of 1,400 metres and three tacks, while the veteran races reduced the distance to 700 metres and one tack.

Club Rem Denia won the women’s veteran category, with a time of 3 minutes and 19 seconds, once compensation was applied, and achieved its second consecutive victory. This result further tightens the fight for the title. In the men’s race, Real Club Regatas Alicante was first with a final time of 3 minutes and 14 seconds; and thus ends the streak of three consecutive victories of Real Club Náutico Torrevieja, who finished second…less than a second behind the first place.

The SUMA Banco Fijo del Mediterráneo League is moving towards its decisive phase, with the celebration of the VII Regatta, scheduled for next Saturday and Sunday, 24th and 25th April, in Santa Pola.