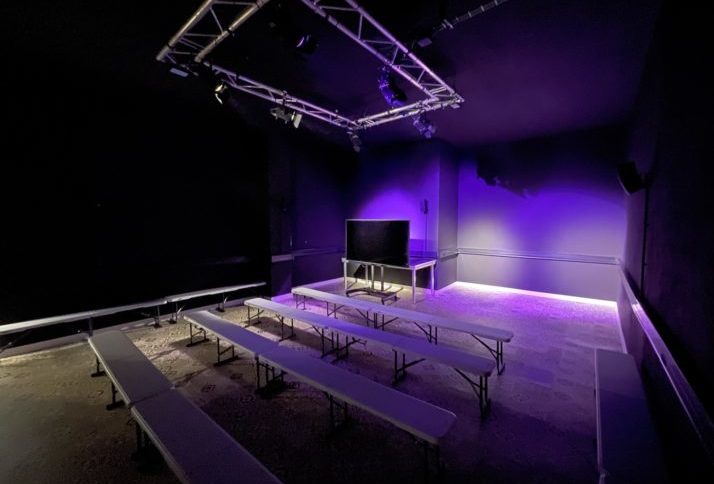 ##The barrio of Patraix (Valencia) is creating alternatives to leisure for those of all ages by opening a new cultural and educational space.

Patraix is a diverse district of Valencia and is showing to be increasingly proactive in regard to expanding the culture of the city. This desire has brought about the creation of ‘Rebombori.Espai de contes’.

The cultural and education space is aimed at creating and promoting the love of performing arts, through different skills such as the art of puppetry alongside oral storytelling, which is the ability to tell a story visually through a performance.

Rebombori will also have a multipurpose space where education is at the forefront. This is to showcase the values that knowledge from an early age holds. To create the ‘transmission of knowledge from childhood,’ there will be different rooms and various activities, ranging from children’s libraries to escape rooms.

The different rooms which take up more than two hundred square metres also include a theatre, a classroom for workshops, for example, memory workshops and digital literacy workshops, activities for children, a summer school, handicrafts, an escape room, and a storytelling area. They plan to have workshops in English too.

There will also be a shop where various crafts and fun & curious items will be available to buy.

The project which has been several years in the making will see the space open on September 19, 2021, where there will be an official opening. The opening will allow those attending to take part in the programmes that have been scheduled across the day. During the grand opening on September 19, 2021, the programmes set will be free to enable the public to get a taste of the events that will be scheduled in the space in the future.

During this day, the list of activities will include various workshops, tours of the ‘Escape Rooms’. There will also be musical sessions aimed at children. The first session will be with Dani Miquel at twelve noon. The second musical session will be with El Principito de Laia Cuentacuentos at six-thirty in the evening. For a further look at the day’s events, the whole programme has been posted on the website: : espai.rebomboricultural.com

Due to security reasons, it has been recommended that anyone wishing to attend the performances on this day should reserve a place. This can be done either via the website, the relevant social media networks, or by emailing the address, ‘espacio.rebomboricultural@gmail.com.’

The space is the thought process of Laia Serna, also known as Laiacuentaceuntos and David Mateo combined. Serna is an actress and Mateo is a writer and their plan for the initiative is to create a space for storytelling that everyone of all ages will enjoy, by creating activities and inviting other companies to visit.

The cultural and education space is set to be a fun-filled space that expands a person’s knowledge, alongside immersing them in a world of performances and fantasy. To sum up the space through their own motive, it allows a person to “immerse yourself in a world full of fantasy, adventure, culture, and knowledge.”