You are here: Home  /  Sports  /  Rowers in support of breast cancer disembark in Benidorm (October 3)
Sports 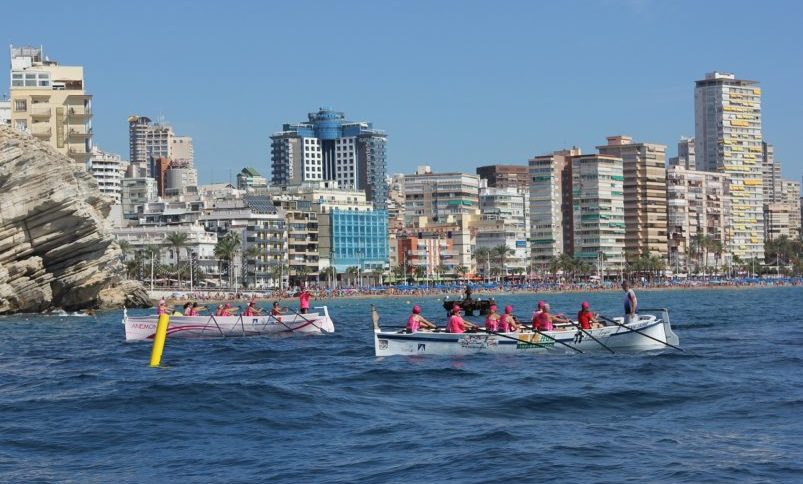 Rowers in support of breast cancer disembark in Benidorm (October 3)

##Regional rowing continues with its more supportive side, this time in Benidorm, with the celebration, on Sunday 3 October. of the II Challenge 100 Paddles Solidarity.

SUMA 2021 is organised by the Club Náutico Benidorm in collaboration with the Federación de Rowing Federation of the Valencian Community, with SUMA Gestión Tributaria as sponsor.

An event that will also bring this water sport to all those who want to join in, so that who want to sign up are welcome, so it is a great opportunity to get on this type of boat for the first time.

The event will take place in the area in front of the Club Náutico de Benidorm, where the regatta course will be set up …in front of the well known Passeig Colón and the Mirador del Castell.

This is one of the most emblematic areas of the city from a nautical point of view and a regular venue for competitive regattas. It is also an ideal setting for the public to watch a rowing spectacle that will start at 9am with a day of Promotion.

Participants will be able to take a Falucho Llaüt Valencià boat and get to know the basic notions of this sport. Those interested in taking part in this day of promotion can go to the registration area, located in the Club Nautical Club of Benidorm, from 09.00h to 10:30h in the morning.

It is a free activity that includes the corresponding insurance and the monitor service.

After two hours of initiation in rowing, it will be time for this II Challenge, which will begin at 11 am.

The teams will compete in a timed or knockout format with heats, repechages, semi-finals and finals. All participants in the Challenge will receive a commemorative medal.

The Anémona Marina Baixa Association, which is a self-help group for users with breast and gynaecological cancer, will take part in the event with support for the organisation and with a stand where those interested can find out about their work and activities.

In addition, this association will be rowing in the Desafío on their Faluch Llaüt Valencià boat, with a team of Valientes and two of Iguales, together with the Club Náutico Benidorm.