You are here: Home  /  Sports  /  Rowing in solidarity against Breast Cancer disembarks in Dénia
Sports 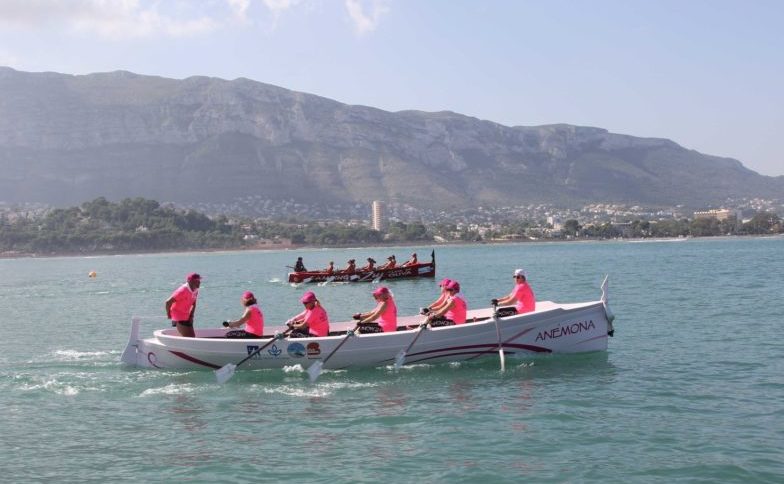 Rowing in solidarity against Breast Cancer disembarks in Dénia

The Rowing Federation of the Valencian Community, together with SUMA Gestión Tributaria, continues to take steps towards solidarity and inclusion through sport, with the celebration, next Sunday on September 11th in Dénia, of the second day of ‘100 Paladas Solidarias contra el Cáncer de Mama’ (100 Paddles in Solidarity against Breast Cancer). It is an event that uses rowing to make a morning of coexistence and raise awareness about the situation of this group, as well as becoming an opportunity for initiation in the practice of this sport. The Federation organises the day, in collaboration with Club Rem Denia, the host club, and with the sponsorship of SUMA Gestión Tributaria.

After the first day of the season, held a fortnight ago in Jávea, the facilities of La Marina de Dénia host this charity event, which will take place in front of the popular Marineta Casiana beach. The audience will be able to watch the show from various points, such as the port area or the coast. The rowing promotion activity, in which participants have the opportunity to get on a boat and learn to row, starts at nine o’clock in the morning. It is an initiative aimed at the general public and free of charge. Those interested must register in advance at the stand that will be set up for this purpose. Experienced paddlers will guide beginners and teach them the basics and how the sport works.

The Challenge, known as ‘100 Paladas Solidarias’, starts at 11am and the participants will be people who have overcome breast cancer. There are two categories: Brave, made up of eight participants who have overcome the disease and the coxswain; and Equal, made up of at least one person with this condition, while the rest are athletes with an annual non-competitive licence. The rowing modality is the Falucho/Llaüt Valencià, a type originating from the Levantine coast. The course is between 350 and 400 metres, without tacking.

The improvement of people suffering from breast cancer or other types of illnesses is one of the objectives that can be achieved through rowing. Not only physical fitness is enhanced, but also an increase in well-being and quality of life. All this is aimed at finding a healthier psychosocial context, thanks to the reduction of fatigue or as an emotional remedy to possible symptoms of depression. Living with other people in a similar situation is another positive reinforcement that helps people suffering from this disease. In Spain alone, a total of 33,375 cases of breast cancer were diagnosed in 2021, according to official figures.