You are here: Home  /  Sports  /  Rowing in solidarity with Breast Cancer celebrates its first day in Jávea
Sports 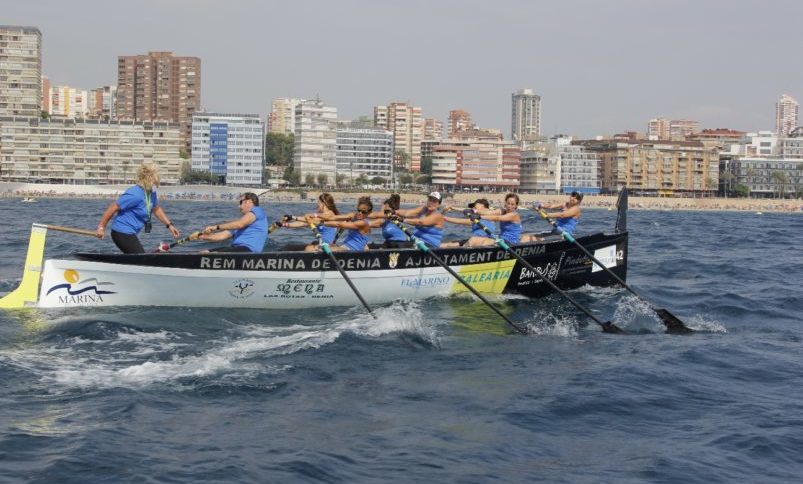 Solidarity and inclusion through sport is an action that has great value and is being promoted by clubs and sports federations. A good example of this can be seen in the projects of the Rowing Federation of the Valencia Region, which is holding the first day of the ‘Cien Paladas Solidarias contra el Cáncer de Mama’ programme in Jávea (Valencia) on Sunday 28 August. It is a test aimed at the group suffering from this problem with the aim of showing the important benefits that rowing can bring.

This event is being held at the Club Náutico Jávea facilities and is the first of four that the Federation has organised for solidarity over the coming months. It is divided into two parts. From 9am to 11am there is a day of rowing promotion, in which participants have the opportunity to get into a boat and learn to row. This activity is open to the general public and free of charge. Those interested must register in advance at the stand that will be set up for this purpose.

The Challenge, known as ‘Cien Paladas Solidarias’ (One Hundred Solidarity Paddles), will begin at 11 a.m., with the participation of people who have overcome breast cancer. Two categories have been established: Brave, made up of eight participants who have overcome the disease and the helmsman; and Equal, made up of at least one person with this condition, while the rest are athletes with an annual non-competitive licence. All the participating boats will be of the Falucho/Llaüt Valencià modality and will cover a distance of between 350 and 400 metres, without tacking. The regatta course will be located in front of the Port of Jávea, so the public will be able to watch the race from the port facilities or the Gravel Beach.

Rowing is an activity that can bring improvements to people suffering from breast cancer or other types of illnesses. In addition to the improvement in the physical health of this exercise, there are other benefits such as an increase in well-being and quality of life, which is part of a healthier psychosocial framework; the reduction of fatigue or a response to possible symptoms of depression. Both on a physical and emotional level, every stroke counts in gaining strength and self-esteem. Living together with other people in a similar situation and putting in place mechanisms and joint efforts to reach the goal are other positive factors that emphasise health improvement.