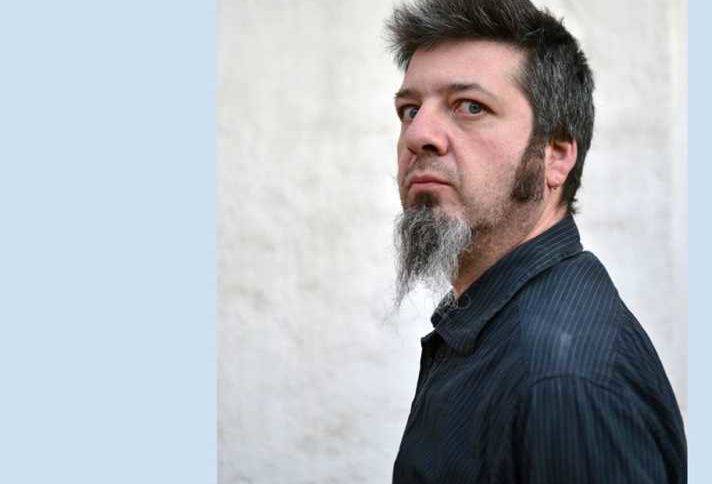 Sputnik is the key name of the cosmonaut Antonio J. Iglesias, appointed for a secret Jamaican space mission. There is an imaginary satellite that captures signals and filters & transmits them whilst continuing to orbit in space: A Jamaican dream. It is a solitary experiment but at the same time it is accompanied by a number of helping hands.

2-What are your influences?

In my space laboratory you will find that there are a number of styles with Jamaican roots: reggae, roots, Jamaican ska, rocksteady, dub, Latin, dirty Reggae, basically. To this experiment I have added pop and ‘cosmic’ as influences. Names? The list is long. Mad Professor, Skatalites, Abyssinians, Linton Kwesi Johnson, Desmond Decker, Lee Perry, Gladiators, The Aggrolites, Ken Boothe, The Specials, Alton Ellis…and many more.

3-Can you explain the concept of your latest album by Sputnik, ‘Jamaican Mistake’?
Jamaican music and the majority of Black music has a freshness that wouldn’t work with a different production but fits just right with this project. There is an apparent precariousness to it but it is authentic and faithful to its vision. The border between getting things right and wrong is hazy just like time and space, which I find to be captivating as a place to explore. Here ideas coexist from years back and some are more recent. When I joined them together, I was justified as it gave coherence to apparently disparate parts. I took good advantage of the unified elements and sent them into space, in the same capsule. The risk of sending this satellite out into the universe is a Jamaican mistake…I am a Jamaican mistake.

4- Could you take us through each track?
Of course, welcome aboard!

Sputnik from Jamaica
It is the introduction to the album. It is an experiment in Digital Reggae with some recorded signals from orbiting in the universe during the space race.

Downtown Heat
This is choral singing with Jamaican ska as the base plus the magic of the dancefloor, which is a temple that humanity owes a lot to.

Artibella
This a classic by Ken Boothe that ‘Offbeaters’ (Great Valencian band now dissolved) made into dirty reggae and sang in Italian. The name and persona of Artibella has some element of Italian too.

The Model
With ‘Golden Singles’ i did this tribute to Kraftwerk with a roots base and guided by dub. I am passionate about decontextualizing things and I enjoyed carrying out these changes. Kraftwerk are wonderful and much nearer to Lee “Scratch” Perry than people realize.

Jump to the Moon
This is a ‘Lovers rock’ reggae number. A romantic cosmonaut’s invitation to jump! The cosmic choir floats over a ‘riddim’ by the great Don Ignatius.

Janie Jones
This is the Clash with a rocksteady rhythm. There is a piece included from the only Jamaican tribute to The Clash called “The Clash goes Jamaican”(Golden Singles records, 2013). The Jamaican influence on The Clash always merits a homage. Giving it another tempo and putting character into the chorus and that it all worked together was the real challenge.

Kingston Blues
A song about the different sides of the city, the rules of the barrios and the attitude. It is a tribute to the shanty towns, Trenchtown and Kingston itself. The cosmic choir is singing the blues about the city but with an uplifting vibe.

Lawrence de Arabia
I always saw the connection between the desert winds and the beaches of Jamaica in the soundtrack of this film. I recorded it a long time ago and it closes the album as an intriguing instrumental with roots, dub and a trip on an imaginary Arabian camel…

5- How do you find Valencia as a place to live, work and play regarding music?
Being comfortable is a double-edged sword. Musically, Valencia is a difficult place to escape from the ghetto because of the virtual lack of a music industry and the attitude of certain people in a city with nearly a million inhabitants. However, there are people doing interesting things. Living from music is complicated here but the journey continues. Many thanks to you all for keeping your receptors alert!

-You can hear and download the album on bandcamp;
https://sputnikdj.bandcamp.com/album/jamaican-mistake
-If you would like to buy the album (Vinyl Single with 4 tracks and/or CD with 8 tracks) contact Facebook Miquel Rude (Daddy Rude Records) or Antonio José Iglesias (Sputnik)
-If you would like to know more about Sputnik (records, biography, projects…);
www.sputnikdj.blogspot.com