You are here: Home  /  Sports  /  SUMA League ends Regatta in Valencia and crowns its champions
Sports 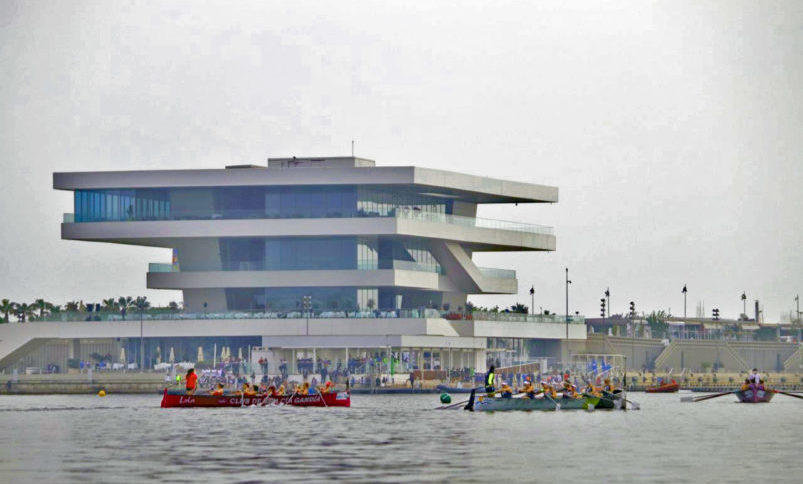 SUMA League ends Regatta in Valencia and crowns its champions

##A succesful end to the SUMA Mediterranean Fixed Bank League 2021, after nine exciting regattas in which the Rowing Federation of the Valencian Community, organizer of the competition, and the participating clubs have done a great job so that the League could go forward. The Marina of Valencia was the venue chosen for the celebration of the IX and last regatta, held on Sunday May 9 in the port area. Once the SUMA Mediterranean Fixed Bank League is over, the clubs are now focused on the Spanish Llaüt Championship, to be held on Saturday 22nd and Sunday 23rd May in Denia.

The cadet women’s race was dominated by the Real Club Náutico Gandía, which covered the 700 metre course in a time of 3 minutes and 49 seconds. The Gandia club also won in the female youth category, where the distance increased to 1,400 metres, after a very exciting end of the race. The youth of Real Club Náutico Gandía beat the boat of Real Club Regatas Alicante by only 19 hundredths, crossing the finish line in a time of 7 minutes and 17 seconds.

This victory in Valencia allows Real Club Náutico Gandía to be proclaimed champion of the female cadet category. In the men’s category of this age group, the final winner of the competition was the Real Club Náutico Torrevieja team. Regarding the female youth category, the SUMA 2021 League trophy was won by Real Club Regatas Alicante.

The podiums of the other categories were very distributed. Real Club Náutico Valencia won the men’s absolute race, stopping the clock in 6 minutes and 16 seconds. They were followed in the classification by the boats of Secció Esportiva Universitat d’Alacant and Real Club Náutico Dénia. Precisely, the university club won in the absolute female category, with a time of 6 minutes and 57 seconds. The fight for the first place was very tight, as the difference with the second classified, Real Club Regatas Alicante, was only 31 hundredths. Club Deportivo de Mar Clot de L’illot El Campello finished in third place.

Like the cadet, the veteran race took place over a course of 700 metres. Club Náutico Benidorm won the women’s category, with a final time of 3 minutes and 22 seconds, after applying the compensation. The dispute for second place was decided by 20 hundredths, which separated Real Club Náutico Gandía (second) and Club Rem Dénia (third). Also very close were the absolute male races, where Real Club Náutico Torrevieja won with a final time of 3 minutes and 4 seconds. They were followed in the standings by the teams of Club Rem Dénia and Real Club Regatas Alicante. Between the three boats, there was a difference of 1 second and 68 hundredths.

In the final absolute classification, Real Club Regatas Alicante has been the protagonist club to take the title in both sexes. The champions of veterans have been Club Rem Dénia in the women’s race and Real Club Náutico Torrevieja in the men’s race.