You are here: Home  /  Sports  /  The future of regional rowing shines in Torrevieja!
Sports 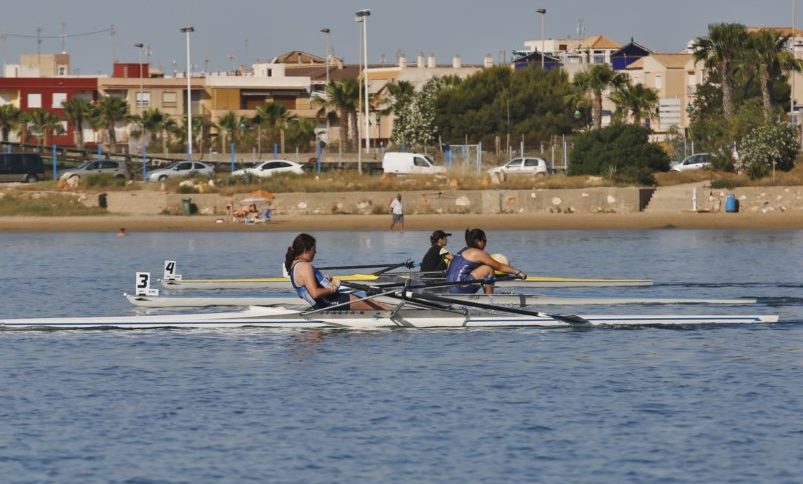 The future of regional rowing shines in Torrevieja!

The Port of Torrevieja hosted on Saturday 28th May to the celebration of the  Autonomous Championship of Olympic Rowing in the juvenile category. More than thirty young athletes were able to enjoy this sport in a competition format and put to the test the continuous learning that they experience in their clubs. The result was a great morning of rowing where it was confirmed, once again, that this sport has a guaranteed future. The regatta was organised by the Real Club Náutico Torrevieja in collaboration with the Rowing Federation of the Valencian Community.

The regatta started at 9 o’clock in the morning and had three modalities, 1X, 2X and 4X;  corresponding to the number of people travelling on board the boat. The course was was similar in all of them: 500 metres. The victories were very evenly distributed.

In the individual, the victories went to the representatives of the Real Club Náutico Torrevieja and Real Club Regatas Alicante in the female and male genders respectively.
These two clubs also shared the first positions in the doubles event, although on this occasion in reverse. The team from Salinas won the men’s category and the Alicante club won the
women’s doubles. The event, in which four athletes took part in each boat, was an exercise in coexistence for the youngsters and the teamwork that highlighted the importance of companionship and the practices carried out in each of the boats.

Real Club Náutico Torrevieja completed their hat-trick of victories with the men’s 4X, while the girls of Real Club Náutico Calpe were first in the 4X.Náutico Calpe were the first to cross the finish line. The regatta also saw the participation of representatives from Club Náutico Santa Pola, Club Deportivo de Mar del Mar, Club Nautico de Santa Pola, Club Deportivo de Mar Clot de L’Illot El Campello; and it was made possible thanks to the collaboration and work of all the  coaches. The children were very comfortable the whole morning and were able to demonstrate their abilities to the public who were able to watch the race from various points of the port, as well as from the central Acequion Beach.