You are here: Home  /  History  /  ‘THE HOLY GRAIL’ HAS BEEN ON DISPLAY IN THE CATHEDRAL OF VALENCIA FOR ONE HUNDRED AND EIGHT YEARS!
History 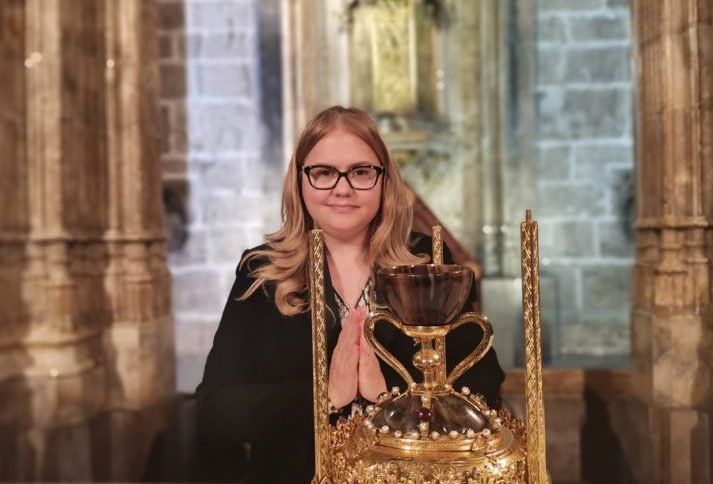 ‘THE HOLY GRAIL’ HAS BEEN ON DISPLAY IN THE CATHEDRAL OF VALENCIA FOR ONE HUNDRED AND EIGHT YEARS!

Many people wonder why the Holy Chalice of the Cathedral of Valencia is so little known nationally and internationally. The reason is mainly due to the short time that the Holy Grail has been on public display. At the dawn of the last century, Canon José Sanchis Sivera carried out a magnificent study with the science of the time, published in 1914 in book format under the title ‘The Holy Chalice of the Supper (Holy Grail) venerated in Valencia’. In it he proposed its transfer to the old Chapter House “to receive continuous worship there”. And, incidentally, to make it known as the Holy Grail, the most sought-after relic of the Western Middle Ages.

On 3 January 1916, the Chapter agreed that the Holy Grail should be removed from the Reliquary behind the sacristy of Valencia Cathedral. Thus, on 6 January, the day of the Epiphany, “in solemn procession, the Holy Chalice was taken to its new altar”. This new location, the former Chapter House, was converted into a Chapel for the Holy Chalice also known as the ‘Holy Grail.’

The promoters of the transfer were Don José María Navarro Darás, Dean of the Cathedral in 1916 and the Archbishop of Valencia, Monsignor Valeriano Menéndez Conde, titular of the archdiocese from 1914 to 1916.

In barely a century we can say that the sacred relic has had an uneven diffusion throughout the 20th century. Above all, due to the two world wars suffered in Europe and the Civil War itself, which completely extinguished the possibilities of pilgrims.

However, in the 21st century, civil society has made great efforts to study and disseminate it. The Spanish Centre of Sindonology, together with the Archbishopric of Valencia, organised the first congress on the Holy Chalice in 2008. Dr. Jorge Manuel Rodríguez has always been the one who has defended the dissemination of the sacred relic as a true reference of first magnitude in Valencia.

In 2015, thanks to His Excellency Archbishop Carlos Osoro, Pope Francis recognised the Cathedral of Valencia for the celebration of a Jubilee Year in perpetuity every five years for guarding the Holy Chalice of the Lord’s Supper for centuries, uninterruptedly. The Holy Grail of Valencia is the only one that is officially recognized by the Vatican.

Dr. Ana Mafé García, president of the Cultural Association The Way of the Holy Grail in 2019, applies the scientific method of Art History and proves beyond doubt that it is a Hebrew blessing cup, carved more than two thousand years ago, in agate stone, although in Antiquity it was considered a sardius and that it is also catalogued as “Kos Kidush Esther – Valencia, 2018.”

All this accompanies the development of the Way of the Holy Grail as a destination for pilgrims in our land. It aim is to make the Holy Grail of Valencia to become a European Cultural Itinerary.