You are here: Home  /  Editorial  /  Sports  /  The II Regatta of the SUMA Mediterranean Fixed Bench League will be held in Santa Pola
Editorial 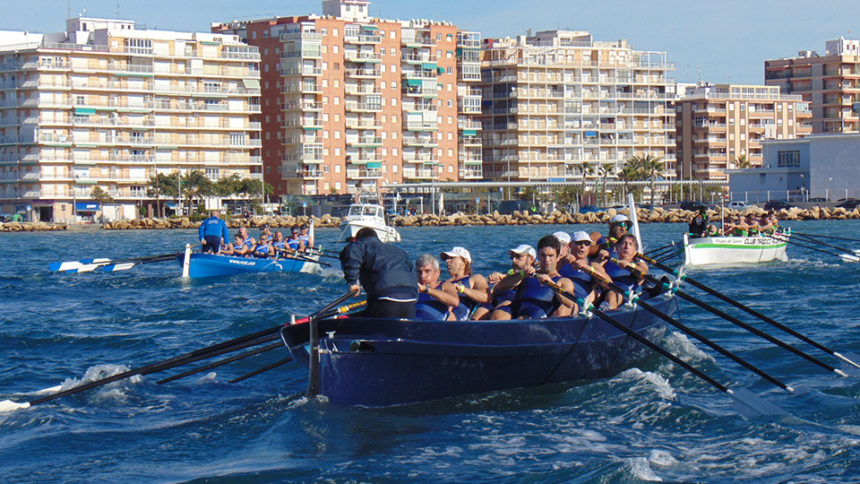 ##The SUMA Mediterranean Fixed Bench Rowing League 2021 will hold its second regatta on Sunday 14th March. Santa Pola will be the scene of the debut in the competition of the absolute categories of rowing, after the test the day before in Benidorm, where youth and veterans compete. This regional tournament is divided into nine regattas, to be held between March and May, and is a qualifier for the Spanish Championship, so it has a great sporting and social value. A total of fourteen clubs from the Valencian coast are registered for the SUMA League.

The Santa Pola regatta will feature the Falucho Llaüt Valencià, a traditional and representative style of classic Valencian rowing in which eight rowers and the coxswain take part. The athletes will row a distance of 5,000 metres on Sunday, starting and finishing at the breakwater located at the Club Náutico de Santa Pola facilities. This club is organising the event in collaboration with the Rowing Federation of the Valencia Region. The boats will row along the waters of Gran Playa and Playa Lisa.

Ten different clubs will be taking part in this first absolute event, offering a great rowing spectacle. The first start is scheduled for 11:00 a.m., when the eight absolute men’s boats will start rowing. At 12:30 the women’s nine teams are scheduled to start.