You are here: Home  /  Sports  /  VALENCIA FOOTBALL…FALLEN OFF THE PACE
Sports 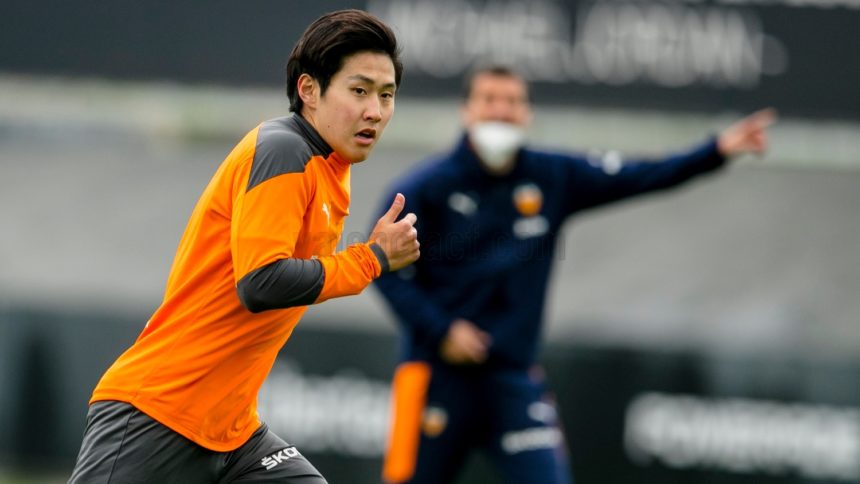 VALENCIA FOOTBALL…FALLEN OFF THE PACE

##When Gabriel Paulista was interviewed pitchside, after another crushing away defeat for Valencia at Getafe, he looked totally dejected. Struggling to contain his emotions, he finally broke down into tears when asked how the club had gone from Champions League Football to being in a relegation dog fight in such a short period of time.

He responded: “Hearing that is terrible…we will turn it around.” However, the hurt in his voice and the sorrow in his face said it all. Valencia fans, watching this poignant moment, felt his pain and frustration.

Another woeful performance had elapsed, with no signs of improvement, as the team failed miserably to add to their two away wins in La Liga this season (Real Sociedad and Valladolid). Devoid of any creativity and purpose, the performance echoed their effort in Madrid a few weeks earlier, which had been equally dismal.

Thankfully, performances at the Mestalla have started to yield three points and consecutive home victories against Elche and Celta Vigo have put some daylight between Los Che and the bottom three. Both were gritty, if somewhat unconvincing victories. Valencia won against their Valencian rivals Elche by a solitary goal, and it took two goals in injury time to overcome the Galicians.

Reverting back to the question Paulista failed to answer and dissecting it, further reveals why Valencia have fallen off the pace so quickly. On the field, Valencia have sold their best players whilst Valencia’s nemeses Sevilla and Atlético Madrid have thrived through astute acquisitions in the transfer market. Also, the departure of arguably the best Spanish manager around, Marcelino, was a major blow.

Los Colchoneros and Diego Simone undoubtedly did the best piece of transfer business in Spain by snapping up Luis Suárez, and Sevilla did almost as well by luring Ivan Rakitic “back home” to Sevilla.

Both have been in outstanding form, with Suárez scoring goals for fun. Rakitic is enjoying a second stint at the club where his heart lies in Spain, and where his wife is from.

In contrast, Valencia sold their key players. Midfielders Parejo and Coquelin went to Comunidad rivals Villarreal at bargain prices and Los Che have failed to replace their flair and determination in the middle of the park. Račić is one of the few pluses from this season to date but remains the unfinished article at the moment.

With hardly any incoming transfer activity in the summer, many fans were expecting an influx in the January transfer window. The owner Peter Lim indicated he would sanction a couple of loan dealings only, much to the wrath of the fans.

As it happened Valencia actually got four imports, if you include Cristiano Piccini returning from a failed loan spell at Atalanta. The other three are Christian Oliva, Ferro and Patrick Cultrone. They have not had much playing time at all, suggesting that the manager Javi Gracia had very little say in bringing them to the club.

Gracia has sounded off his frustrations and implied promises made at the time of his appointment for new players that have not been kept by Lim. Consequently, youngsters have been given a chance of first team action, and have responded with varying degrees of success.

Valencia’s jewel in the crown, Kang-In Lee, has failed to live up to previous hype and his reluctance to sign a contract extension is an indication of his present mind set. Yunus Musah had made a positive impact in the first half of the season but has been going through a lean spell of late.

It is conceivable that these opportunities for the youngsters came too soon, but that was Lim’s vision for this year and Gracia has implemented it as requested. The owner’s involvement and meddling in the playing arena, complemented with his strong friendship with the super-agent Jorge Mendes, does not sit well with many Valencia supporters.

White flags and demonstrations would have been in abundance on match days if the fans would have been allowed to fill the Mestalla. Lim and the ‘Curva Nord’ have always been incompatible roommates but, these days, I doubt they could even share the same building. Recent news seems to suggest that there is potentially a new buyer on the horizon in the shape of Tunku Ismail Idris, the Crown Prince of Zohor.

‘À Punt Esports’ claimed that the Malaysian royal had reached a deal with Lim to buy the club…only for Anil Murthy to come straight back and state no deal has been struck. It seems that talks have indeed taken place. However, with no official statement from the club the current situation remains in limbo.

If a new buyer does take over from Peter Lim then the situation with the “white elephant” new Mestalla will need to be addressed, sooner rather than later. Earmarked to host the 2011 Champions League final, the New Mestalla still remains a shell on the Avenida de las Cortes Valencianas skyline. Creditors are circling, the Ayuntamiento are getting increasingly twitchy for an end product, and Meriton continue to deflect questions on the lack of progress and finishing dates.

Over at Levante UD, things are on a much more even keel. The coronavirus has given the club the opportunity to complete the roof on the stadium with the minimum of disruption and the club are on the threshold of a Copa Del Rey Final appearance. Having drawn the first leg semi-final in San Mamés with Athletic Bilbao 1-1, they are in the driving seat for the return fixture.

A recent victory against Atlético Madrid at the Wanda Metropolitano shows what a polished unit they have become under Paco Muñoz. In Jorge De Frutos they have a young player who can play at the highest level, and El Comandante, Jose Luis Morales, continues to defy his years and put in match-winning performances on a regular basis.

At present, it is hard not to argue that Levante UD are the better team in the city, and the forthcoming Valencia derby may see the Granotas going into it as favourites for the first time in years.