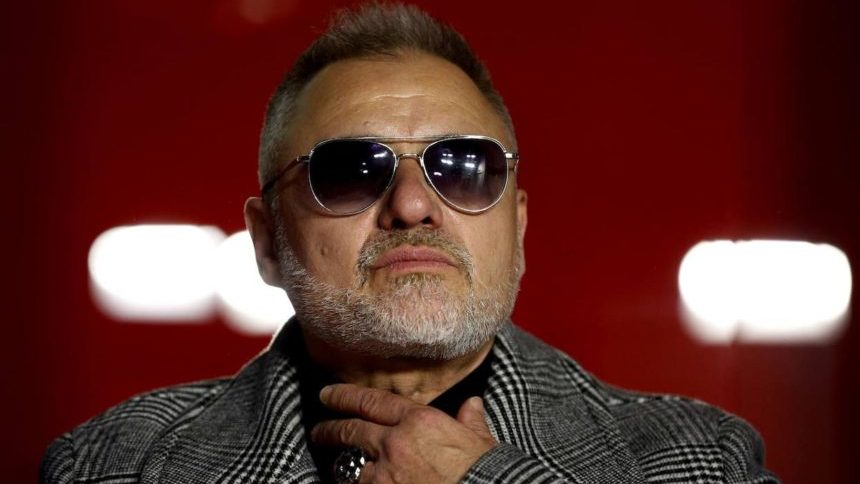 Wild & free, the region of Valencia in the 1980s to the early 90s had a very active nightlife that ending up making headlines around the world with clubbers sometimes calling it ‘Ruta Destroy’ or the press dubbing the 24 hour party lifestyle as ‘La Ruta de Bakalao.’ Along a strip of the Valencia coast, clubbers would party from club to club to electronic music and independent music too. Indeed, the live music scene was very fertile too… with legendary bands like The Cult, The Stone Roses, Happy Mondays, Simple Minds, Primal Scream and The Waterboys making Valencia a priority on their tours. Valencian born & bred, Chimo Bayo started professionally in the music world, as a DJ, in the early 1980s. His first hit was the single ‘Así me gusta a mí’ (1991), which sold over a million copies worldwide, even reaching number one in sales in Japan and Israel. It was the biggest selling single in the history of Spain.

BEING A DJ IN THE PRESENT DAY:
“I never thought I’d get to this age in the situation I’m in, really. I try to do my best. I take everything as if it was my first performance… above all, I look at the audience, which I really like to see as to how they respond. I am here because people see that I am authentic. I have never disowned ‘La Ruta’, nor any of the songs I have done. I’m a DJ & showman. As always, I involve the public. I talk, I sing, I chant slogans, I put on my number ones. In the end, you become an image because you don’t change. Because imagine having gone to see Michael Jackson and him not doing the moonwalk during the show. You’d be disappointed…”

REGARDING ‘LA RUTA DE BAKALAO’ OF VALENCIA:
“For me it was the last spontaneous social movement in search of pleasure and hedonism. Without the internet and social networks, 50,000 people from all over Spain would gather in one place to have a good time, and there would be no fights. There had to be an accident if there were 30,000 cars moving but, at that time, seat belts were not compulsory. It was joyful and a unique movement, I don’t think there are any movements that are so spontaneous now, everything is conditioned by social media now.”

“There shouldn’t be a stigma about seeking pleasure. We were the generation from the transition of a dictatorship to democracy, looking to have a good time. Since the beginning of time, tribes have used music to elevate themselves all around the world. People came to Valencia from all over Spain to be a part of what was going on. Our scene was a social movement when it was full swing… and when ‘La Ruta’ fell apart, it became part of our culture in Valencia.”

GETTING INTO MUSIC:
“When I was a kid I was called ‘Nino Bayo’ because I liked Nino Bravo a lot. I wanted to be a motocross rider, but I broke my leg. I had a very bad time and music saved my life. I didn’t want to see anyone, I had lost the chance to be Spanish champion. After a year without wanting to go out, my friends took me to a discotheque and I was very uncomfortable, I didn’t like people who smoked or drank and I tripped over everyone with my crutches. They told me to get into the booth, and I was like a vase behind the ‘DJ’. I started to watch him play and one day when he went off for a competition and they told me to get in the booth and play records. The original DJ won the competition he had entered, so he asked for more money at the club so they sacked him… and they told me that I was the new DJ!”

“Much of the most modern music of the moment in Northern Europe came to Valencia. That was thanks to the DJs before us. Technically, they were not so good because they had few resources but they were visionaries. They planted a seed. I would come to Barraca and listen to Gary Numan or Nina Hagen’s ‘Music for Chameleons’, and all the bands they brought from England, whether they were pop or techno. And then the electronic revolution with ‘Front 242’… That’s where I got my musical taste from.”

REGARDING FAME:
“I always saw everything as normal in my evolution, like when they told me I was number one in Japan and had to go to Asia to promote the record. I saw everything as natural, the good and the bad. But one morning I was coming back from a party and I was taking off my boots, I put the TV on and there was the programme on about a ‘DJ’ from Valencia that is driving everyone crazy with his new single. I had to go to the bathroom to steady myself from the high that hit me and I wasn’t drunk or stoned or anything.”

WHY DID ‘LA RUTA DEL BAKALAO’ DIE?
“Because it was a star that shone with a lot of light. When something stands out so much…it’s hard for it to last. Besides, there was the overcrowding and the change in the audience, which was not so friendly anymore. There wasn’t as much elegance as the early days…”

“The Ruta del Bakalao in the 1990s was undoubtedly out of step. Music took a back seat and the abuse of poor quality drugs was widespread and normalized. And every cultural and avant-garde component that could be found in that bucolic environment was already conspicuous by its absence. If the eighties were years of economic boom, freedom and a socio-cultural opening, the nineties were the opposite. It was a time of grey tones, of crisis and social control, and then it went even further. Young people come to these disco temples more in a spirit of escape than in a spirit of fun. And then this tense and violent atmosphere took over…”

A WAY OF LIFE?
“It was the first time that people got away from the idea of having a job, getting married and buying a flat. It was the first time people thought about having fun beforehand. There were people who drank and people who didn’t but there was a high level of empathy. We communicated and made friends with strangers. Drugs? I think that the attitude is more important, I know people that with a whiskey you would have to throw them out of the disco or pub.”

“We DJs had the strength and the capacity to play 20 new songs and people were thinking about what song DJ Chimo Bayo was going to play. Now people only listen to what they know. Back then there was a search for sounds and it was a cross-cultural cult movement. There was a lawyer and next to him an orange picker, another one who worked in a bar, a fashion designer and a pub owner.”

BEING FORGOTTEN FOR A WHILE…
“When you go up a lot then there always has to be a downturn, I’m aware and I took it naturally. I went from being a great international artist to see that people didn’t want to know me anymore. You have to be dignified and take it in your stride. I stopped playing when my music wasn’t working… and then you have to wait and do other things you like (like presenting television shows). Time passed and then they called me again. And now I’m the star of ‘Remember’ festivals! When they do the ‘Nirvana or Chimo Bayo’ survey, I always win (laughs). The secret is to have reached several generations. I have 14-year-old fans who come with their parents, young people in their twenties, and so on until they’re almost in their sixties.”

ABOUT HIS HITS:
“Everytime they put ‘Esta-si’ it gives me goose bumps. The songs take over the message but, for example, the ‘Esta-si, esta-no’ everyone thought it was about one thing(drugs) but it was also about finding the right partner, about right and wrong, about what you want to choose. They are songs of freedom and also they are free for interpretation…”

“I have two “daughters”: the first was ‘Así me gusta a mí’ and thanks to that one I was able to have ‘Tania’. I love singing my songs, I haven’t got tired of them. Sometimes I wonder how many times I’ve sung ‘Esta-si’ and I don’t know but every time they play it I get goosebumps and I think that happens to the audience too…”

ABOUT THE NOVEL: ‘NO IBA A SALIR Y ME LIE: UN GRAN VIAJE POR LA RUTA DEL BAKALAO.’
“The novelist & journalist Emma Zafón contacted me and sent me the first chapters she had, which were written in Catalan and I was the main character. I told her I didn’t see it that way and one night she translated it all into Spanish and passed it on to me with some changes in the course of the story. There I realized that this writer was worth her salt, so I wanted to meet her in person. We met one day together with six friends from the time of ‘La Ruta’ and generated a brainstorming session that generated the seed of what the book is today.”

MADRID AND VALENCIA IN THE 1980s
“In Madrid, the ‘Movida’ was very colourful and punky, where Almodóvar, Alaska, Carlos Berlanga or Santiago Auserón dyed their hair and dressed outrageously. That’s why some musicians preferred the audience in Valencia, because there they were lovers of live music that was darker and more gothic. Valencians have a great musical sensitivity and an enormous affection for “la fiesta”. The Fallas are the most evident manifestation of this. Well, throughout the 80s, if there had to be any place in the country where such a scene could flourish, it is undoubtedly Valencia. And, in fact, Valencia became the Spanish city of reference as far as live music is concerned…”