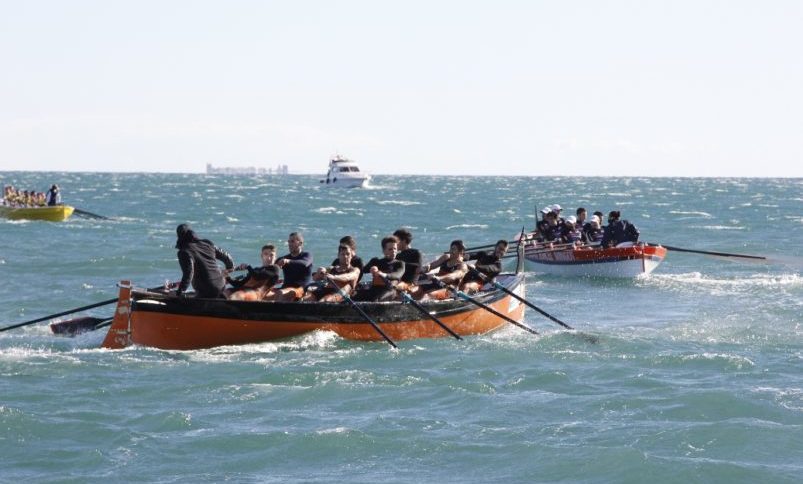 #The Mediterranean SUMA Fixed Bench League opens the year 2022 with the celebration on  16th January in Valencia with  the third regatta of the season.

Valencia Marina will host an open sea event with the participation of sportsmen and women from categories of cadet, youth, senior, veteran and mixed. The rowing spectacle returns after the Christmas break with one of the longest distances and a large number of participants who will be putting the accent and the effort in a competition that has a high level of competitiveness.

The regatta is organised by the hosts Real Club Náutico Valencia, in collaboration with the Federación de Remo de la Comunitat Valenciana and with the support of the Comunitat Valenciana and with the sponsorship of SUMA Gestión Tributaria. It starts at nine o’clock in the morning and will feature the departure of fifteen clubs, around forty boats and more than 200 participants.

The route has been established in the area located in front of the Grao, between the Pinedo Beaches and l’Arbre del Gos; an environment with the ideal conditions for a beautiful day of rowing and with unbeatable spots from which the public will have the opportunity to enjoy the regatta with perfect visibility of the entire regatta course. The start and finish and arrival point is the same, although the distance covered varies depending on the category.

The cadet teams will cover a distance of 2,000 metres and will have one tack, while in the other categories, this figure rises to 5,000 metres and three tacks.

A category of SCM (person who has overcome a breast cancer) is included… with a team from the Mar de L’illot El Campello Sports Club.

The event starts at nine o’clock in the morning with the start of the female cadet category, which will give way to the veteran race, which has a total of 19 boats.

This will be followed by three junior boats and another three in the mixed category. At 12:30h, six men’s senior teams are scheduled to start, and at 13:30h the regatta will close with the the women’s absolute race, in which six boats will also take part.