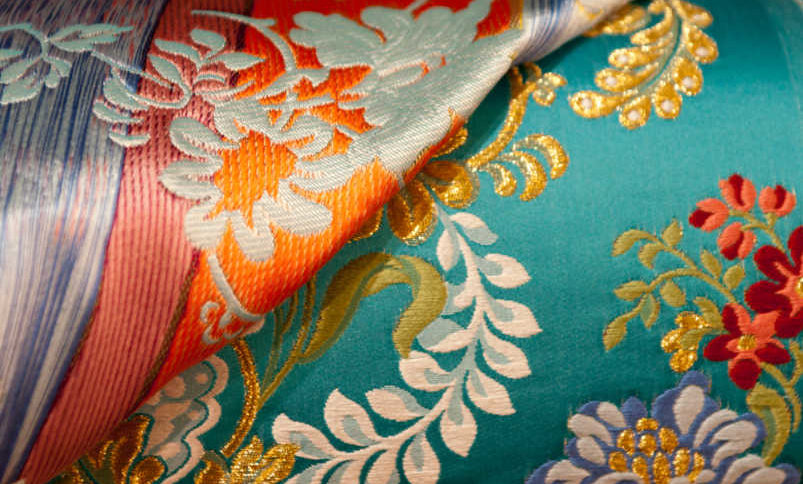 INTERNATIONAL PRESIDENT JOSÉ MARÍA CHIQUILLO BARBER: As Focal Point of Spain in the UNESCO Silk Roads Online Platform since 2015 and International President of the UNESCO SILK ROAD ONLINE PLATFORM Focal Point Network since 2016, which brings together 23 countries of the historic Silk Roads, I dedicate my work to help recover, preserve and disseminate the historical legacy of the Silk Roads, their contribution to intercultural dialogue and to highlight the common cultural heritage forged over 2,000 years uniting East and West.

After completing its Comprehensive Study of the Silk Roads, UNESCO officially launched the project in which I am involved, the Silk Roads Online Platform for Dialogue, Diversity and Development, in 2013.

“The main objective of the Silk Roads Online Platform is to use the potential of ICT to raise awareness of the common cultural heritage of the Silk Roads and to provide scholars, researchers, artists, local communities and in particular young people with comprehensive online information on the Silk Roads heritage under a valid database”. https://en.unesco.org/silkroad/jose-maria-chiquillo-barber

2. What projects are you currently working on?

At the 2nd International Meeting of the UNESCO Network of Focal Points held in Valencia (Spain) in June 2016, an Action Plan 2016/2020 was approved which aimed at developing an Interactive Atlas of the Silk Roads, a global map of cultural interactions along the Silk Roads” by identifying experts, relevant contents or the provision of logistical support, which includes all resources of a cultural and heritage nature (tangible and intangible), contribute to the reinforcement of synergies and complementarity between the activities of the UNESCO Silk Roads project and the UNESCO Creative Cities Network, Museums “,” Intangible Cultural Heritage “,” Documentary Heritage ” and” Underwater Cultural Heritage “. https://en.unesco.org/silkroad/

Develop synergy between the Silk Roads project and other initiatives undertaken by Member States to contribute to greater visibility, in particular in the field of cultural tourism.

Raise awareness among Member States of the importance of the conservation, preservation and protection of the tangible and intangible heritage of the Silk Roads for sustainable development and contribute to the achievement of the Sustainable Development Goals of the Agenda 2030 approved by the United Nations General Assembly. https://www.un.org/sustainabledevelopment/es/objetivos-de-desarrollo-sostenible/

3. How has the pandemic affected the Silk Road initiative?

The global health emergency has undoubtedly blocked and paralyzed social, economic and cultural activities around the world. Our initiative, like so many other activities, has been affected by the pandemic and its terrible social and economic consequences.

4. How is the Spanish economy at present?

The Spanish economy is in extreme difficulty due to the harsh consequences of the health crisis caused by the Coronavirus (COVID-19), firstly because of the dramatic human consequences, more than 78, 000 deaths since the international health emergency was declared, to which must be added the terrible economic consequences of the country’s economic paralysis and blockade, which is reflected in very worrying macroeconomic indicators, recession, rising unemployment and the destruction of the productive fabric, the blockade of the tourism sector (a sector of great strategic importance for Spain), the growth of public debt (which could reach and exceed 120% of GDP) and a deficit (which will be 10.3% of GDP), all point to a negative, complex economic scenario with harsh consequences, which will lead to social and economic instability. The economic activity in Spain has decreased by around 30% during the period March/June 2020.

According to the OECD, Spain is one of the countries that is suffering from the health emergency, it was forecast that the Gross Domestic Product (GDP) fell by 11.4% in 2020 and by 14.4% in 2021 if there is a new wave and a resurgence of the COVID-19.

The second major consequence of the crisis – after the loss of thousands of human lives – is the social drama of rising unemployment rates, unemployment that the OECD predicts to be around 20%, estimates that the Bank of Spain increases to forecast an unemployment rate of 24.7% of the working population in Spain.

5. Could you tell us more about tourism in Spain?

Until January 2020, Spain was a country with a powerful and attractive tourism sector, which in 2018 contributed the equivalent of 12.3% of the GDP, due to the arrival of more than 83 million tourists. Today, doubts are raised, given that the tourism and service sector is one of the sectors most affected by the crisis, it has been hard hit by it, tourism requires proximity and personal contact and this has caused difficulties and closures to thousands of businesses in the sector. To this we must add the closure of borders and the decisions – which I understand are drastic and hard – taken by various countries in the European Union which advised against travelling to Spain in last summer in 2020.

6. How is the Silk Road initiative working with other countries to ensure the well-being of citizens during the pandemic?

With the only tool that we consider useful and necessary at this time, to work on the awareness of promoting at a global level a firm commitment to the values and strength of Education and Culture, to invest in Science, Innovation and Research to prevent and prepare for the post-COVID19 challenges from multilateralism, international cooperation and Solidarity.

The common heritage of the Silk Roads offers the possibilities to promote creativity, cultural industries, the promotion of cultural tourism linked to the rich common cultural heritage, scientific exchanges and international cooperation, thus strengthening the link between culture and development on the one hand and endogenous knowledge and scientific research on the other. By exploring these possibilities, the implementation of activities related to the Silk Roads can contribute to the United Nations Agenda 2030, in particular to poverty reduction (SDG 1), the contribution of tourism to the promotion of sustainable economic growth, the promotion of employment, sustainable consumption and production and conservation of the marine environment (SDG 8, 12 and 14), lifelong learning opportunities (SDG4) and the global partnership for sustainable development (SDG 17).