You are here: Home  /  Sports  /  THE V REGATTA OF THE SUMA LEAGUE IS HELD IN CALPE ON FEBRUARY 13th
Sports 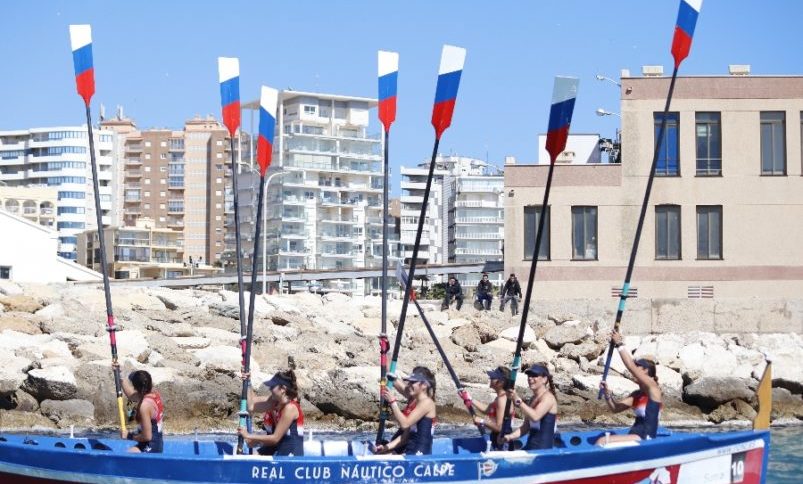 #The SUMA Mediterranean Fixed Bench League continues its course with the celebration, next Sunday 13th February in Calpe, of the V Regatta.

The regional competition moves towards its halfway point in one of the most emblematic points of the Levantine coast. The event will take place in the open sea, in front of the facilities of the organising club, Real Club Náutico Calpe, and under the gaze of the majestic Peñón de Ifach. The Rowing Federation of the Valencia Region is organising the event with the support of SUMA Gestión Tributaria.

The event will be attended by more than 60 teams and nearly five hundred athletes, belonging to the different categories: cadet, youth, mixed, senior, veteran and SCM (made up of athletes who have overcome breast cancer). The distance covered is stipulated according to the category. The cadets, veterans and SCM teams will complete 700 metres and one tack; while the youth and absolute representatives will multiply the distance to 1,400 metres, with three tacks. The public will be able to watch the spectacle from various points such as the coast and the port area.

The regatta starts at 9:00 a.m. with the start of the seven races in the veterans’ category, which will once again be the most crowded with 24 teams. Two boats from the SCM category will also start in these races. Next, it will be the turn of the cadet and youth events, with eight representatives in each of them. The day’s rowing will close with the mixed category (two teams) and the absolute category, which will have a total of 22 representatives. The final classification will be established by finishing times, taking into account the corresponding compensation when it has to be applied.