You are here: Home  /  Sports  /  They keep stealing our bikes!
Sports 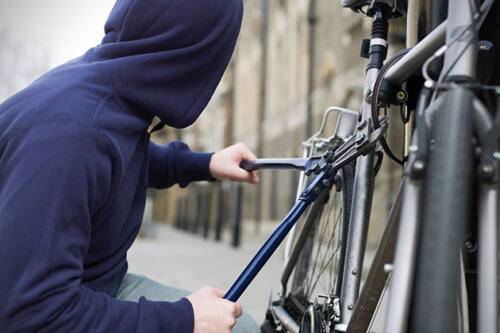 They keep stealing our bikes! 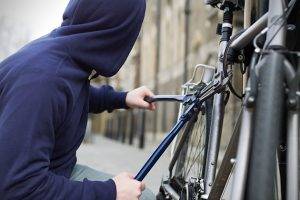 It’s a plague with no end. And it looks like the authorities aren’t taking any action to solve the problem, which means the buck stops with us. Everybody knows that the vast majority of stolen bikes go to the famous rastro market which sets up before dawn every Sunday near the football stadium. It goes without saying that the first step in breaking the cycle is to never buy a bike from either the rastro or anywhere else where you have a suspicion that it’s been pinched from someone else. If there were no buyers, there would be little point in stealing the bikes in the first place.

But as this seems to be asking the impossible (a legion of Erasmus students arrive every autumn looking for just that opportunity), what we have to do is make every effort to protect our bikes ourselves. In the first place, and this is most important, you have to buy a decent lock. At Orange Bikes, we have abundant experience in this – we rent bikes, the best available in the city, and they have been protected. We work with Abus, the number one company in protecting two wheel vehicles in the world. To open one of their bike locks without the key is virtually impossible, and to make copies of the keys you have to send a code to Germany where they will make you a new key. To cut through them, you need a high-powered radial saw and several top quality cutting discs (the locks are made of hardened steel).

Time is the most important factor to a thief. Even in an inner courtyard of a building, they have to keep in mind someone might be coming and disturbing them at work, and this of course is even more relevant in the street. For that reason a good bike lock is your best ally when protecting your bike. To keep your wheels and saddles safe, there are special components available (we sell these too, at Orange Bikes, a three part set with a special key, without which you can’t take off the wheels or saddle).

There are hundreds of bikes in the police stations of this city that have been recovered by the police. The reason is simple. Ninety-five percent of the bikes with a minimum quality (but not those sold in the super market, for example) have a serial number engraved on the frame. It’s the obligation of the person selling it to you to tell you this, because without this number it’s almost impossible to demonstrate that the bike is yours. Normally it can be found underneath the bike frame, close to the pedals, and you have to turn the bike upside down to see it. Otherwise it can be found in the front of the frame where you insert the fork.

If your bike doesn’t have one, then make sure you mark it yourself in one of these places, so that you can identify it if the moment comes when you need to prove it’s yours.