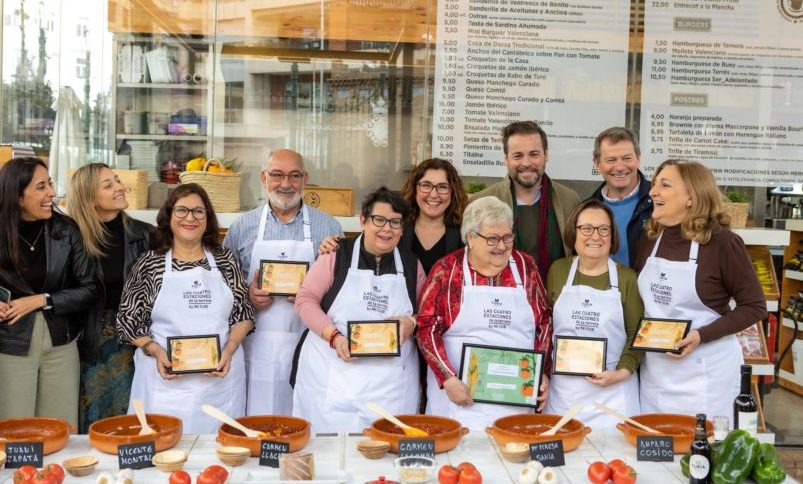 The Mi Cub in the Mercado de Colón hosted its “II Torneo de Titanina Valenciana” since 2019 when the competition was introduced and halted by the Covid outbreak. ‘Mi Cub’ is a restaurant dedicated to promoting local Valencian food and products, which is why they introduce the annual competition of titaina – a typical dish from Cabanyal. This is also a dish typical for spring as the families in the seaside barrio prepare titaina for Easter, with classic seasonal ingredients like tomatoes, peppers, garlic, pine nuts, and tuna.

In the case of the six competitors, ‘titaina’ is on the menu all year round, as it will be at the Mi Cub. The winning recipe of the competition will now be served at the restaurant until the competition next year. The interview with the competitors showed how traditional the cooking of titaina is as the recipe is passed down from generation to generation, with most of the home cooks learning from their abuelas or other family members.

While tasting the six different versions of the Semana Santa signature dish I was surprised at how different the colours and taste were, considering the same ingredients are used in the preparation. Some had a sweeter taste from the tomatoes; others had bitter undertones from the peppers.

The Valencian Titaina Tournament is a part of the “Las 4 Estaciones de la Terreta” slogan of the restaurant where each season different local recipes and products are celebrated. So, make sure to stay up-to-date!