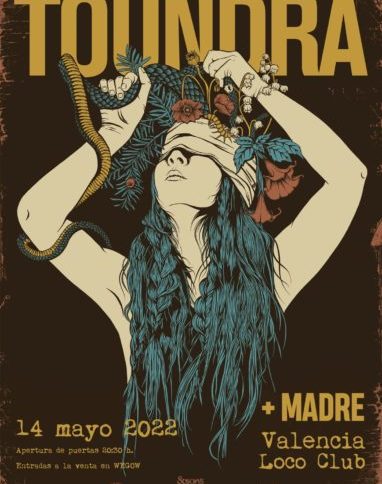 There will be an act on every night from Wednesday to Sunday, with Jerry Leger & The Situation kicking it off from 21:00h tomorrow. In his first visit to Spain, Jerry (who has already signed 11 albums), will present his album “Nothing Pressing”. Being likened to artists such as Ron Sexmith and Ryan Adams, he will bring a country rock vibe to the intimate venue.

Tré Burt will continue this country theme on Thursday night, with his breaking album “Caught It From The Rye”. Motivated by folk traditionalism, he is also an honest singer-songwriter confronting the social realities of his home-country (USA). This is translated in his protest song ‘Under the Devil’s Knee’, responding to the murder of George Floyd.

Sellas’s ‘Podria ser’ will take over the venue on Friday night, alongside the Valencian band Desayuno. Expect a night of pop melodies and forceful rock as Carlos Sellas takes centre stage, stepping away from his previous role as guitarist.

Getting into the weekend, we have Madrid’s Toundra. The instrumental rock band, founded in 2007, present their sixth album ‘Hex’. After nine years of inactivity, Hex offers listeners a social commentary on capitalism and the destruction of nature. However, they also exhibit luminous, lighter moments that leave room for hope. They will be supported by the post-rock band Madre.

Last but not least, our list of musical performances is closed at 20:00h on Sunday by alternative country duo The Mastersons. The Mastersons is formed by Chris Masterson and Eleanor Whitmore, a husband-and-wife duo as well as a musical one. Their fourth album “No Time for Long Songs” was released two years ago and explores the emotional challenges of our convulsive times. The title is in fact a satirical twist on the truth of the album, that human feeling is what makes life worth living. Eleanor is also accompanied by her sister Bonnie, presenting their first album as the Whitmore Sisters.

For more information, visit https://lococlub.es – including all performance times.

Prices of the week range from 8 to 20 euros.