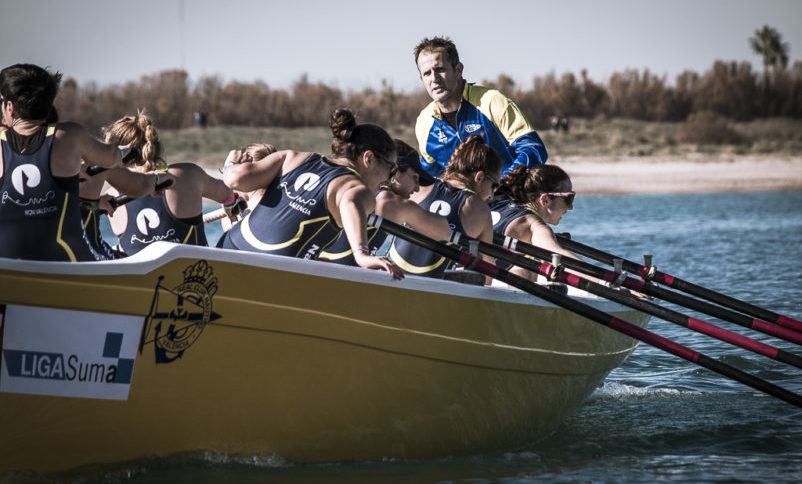 The 2023 regional rowing starts this Sunday, January 15 with the dispute of the IV Regatta of the Liga SUMA Banco Fijo del Mediterráneo. The facilities of the host club, Real Club Náutico de Valencia host an open sea event in which groups from the cadet, youth, and absolute categories participate, veteran and SCM (people who have overcome Breast Cancer). The chosen modality is that of Falucho Llaüt Valencià, a style originating from Levantine rowing and in which eight athletes and a helmsman participate in each boat. The regatta, like the entire competition, is organized by the Remo Federation of the Valencian Community and has the financial support of SUMA Tax Management.

The event welcomes about five hundred athletes, belonging to seventeen clubs. It is a large-scale event that shows the good health of this sport in our Community. The interest in rowing, both at the level of athletes and fans, is growing and this data confirms this. This Sunday’s competition represents a good opportunity to enjoy this sport. The sleeves are held in the southern part of Valencia, opposite the beaches of Pinedo and l’Arbre del Gos. It is an ideal point for the attending public to see the rowing show with absolute visibility of the field.

The regatta starts at 9 in the morning, with the departure of the female cadet representatives, who will complete a distance of 2,000 metres. Mixed category teams also participate in these hours. The rest of the categories increase the route to 5,000 metres. Following that, veterans teams that are spread across gender will compete. This age group is the most massive, with a total of 25 boats. In addition, the male youth, gender mixed and SCM groups start in the next round.

The departure of the first group of absolutes is scheduled from 12:30h, with the male representatives. The regatta closes with the female sleeve. In total, eighteen teams are cited to participate in this category.