You are here: Home  /  Sports  /  VALENCIA FOOTBALL…ALL CHANGE AT THE MESTALLA
Sports 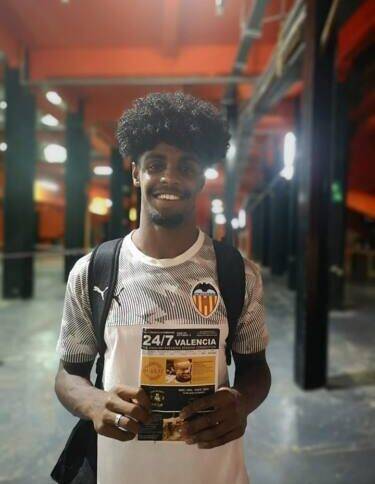 VALENCIA FOOTBALL…ALL CHANGE AT THE MESTALLA 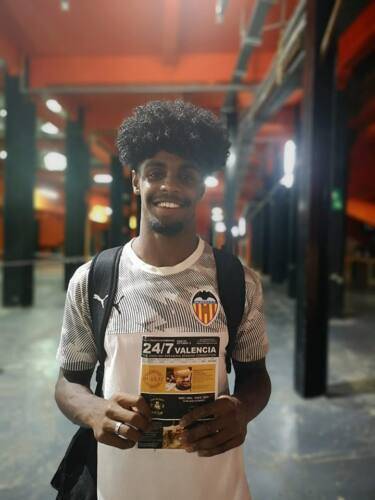 ##Wednesday the 11th of September 2019 will live long in the memory for Valencia fans. It started off uneventful enough with business as usual, as Marcelino focused on his team selection for the forthcoming game with Barcelona. Then, by the mid-afternoon, respectable journalists had started suggesting the possibility of a major change at the helm of the club. By early evening, the likeable Asturian had been sacked and the inexperienced Albert Celades was already on the AVE from Madrid on his way to take over as manager. Within two hours of the departure of Marcelino, the official news came of the appointment of Celades. Players and supporters alike were stunned, shocked and somewhat angry at the way the outgoing manager had been treated. The Argentinian born Valencia defender Ezequiel Garay took to the social media to express his discontent. He posted the following comments…

“Whoever took this decision didn´t just drag you down; they dragged down an entire team and all the fans. And I say loud and clear: IT´S NOT FAIR.”

These sentiments echoed the feelings of many of the players and the fanbase. It was an open secret that Marcelino and Peter Lim were at loggerheads, but no one expected this radical action. True, Lim had wanted Rodrigo gone from Valencia for the cash from Atlético Madrid and had also blocked the arrivals of Rafinho and Denis Suárez, against the wishes of the coach.

But, whatever the reasons, the fractious relationship ended abruptly and without fanfare. The sporting director Pablo Longoria soon followed Marcelino out of the door. The stability within the club had just begun to feel solid but now, once again, it is broken and in tatters.

The players continued to express their dismay and show support for Marcelino after his dismissal by refusing to do any press conferences before and after the Barcelona game. This left the new coach to handle a plethora of questions on the current atmosphere at the club… and explain the wretched performance that had just seen Los Che slump to a 5-2 defeat in the Nou Camp.

To his credit, Celades handled the situation well with diplomacy and tact. Marcelino also asked the players to support the new coach. With the Chelsea game at Stamford Bridge looming on the horizon a decent result was needed to stop the internal strife.

The players maintained their stony silence with the press before the game but did their talking on the field, with a dramatic 1-0 victory in London, that came against all the odds.

Ironically, Rodrigo Moreno scored the winner by latching onto a free kick from Dani Parejo, after making a darting run to the near post that the Chelsea defence failed to cover. With Ajax easily overcoming Lille in Amsterdam in the other group match, it emphasises that the Dutch club could be a much bigger threat than the “Pensioners” when it comes to trying to secure the top spot in the group stages of the most prestigious club competition in World Football.

That proved to be the case when the skilful Dutch club came to the Mestalla and gave Valencia a lesson in football and finishing. Undoubtedly, the best team Los Che have faced this season, they left Spain top of Group H after convincingly beating the home side 3-0. As early as the first minute they had a golden opportunity to take the lead. Six minutes later, Ziyech’s swirling left-foot shot to give the visitors first blood was worth the price of the entrance fee alone.

Valencia did play their part in the gripping match and could have equalized if Dani Parejo had not ballooned his penalty into Row Z of the Curva Nord. The Valencia captain is developing an unhealthy habit of missing spot kicks in key Champions League matches, having done the same last season against Juventus.

The Dutch side then doubled their lead just after the half-hour mark, when former Sevilla striker Quincy Promes tapped in from close range. Valencia came out after the interval and in the first five minutes of the second half had two glorious chances to reduce the deficit. However, the game was wrapped up in the 67th minute when Donny van de Beek finished off a clinical Ajax move to fire home past the advancing Cillessen.

It was a pleasure to watch the Dutch play such attractive interactive football, with neat passing interchanges along the ground that the master Johann Cruyff would have been proud of. They could well go deep in this year’s competition, even surpassing last season’s semi-final effort.

On the La Liga front, Celades had his first taste of football at the Mestalla against bottom of the table Leganés, a stark contrast to the high profile away games of Barca and Chelsea. Protests against the owner before the game outside the stadium were well marshalled by the local police. Attempts to put up banners against the owner, inside the stadium, were met with immediate responses to remove them by the stewards.

The game itself ended in two points being dropped by Los Che. Parejo opened the scoring with a penalty after Rodrigo had been unceremoniously tripped over by Rubén Pérez, when there seemed little danger on goal.

However, the team from the Madrid barrio were soon back on terms when a fortunate ricochet fell into the path of an unmarked Oscar Rodriguez on the left hand side of the penalty area. The Spanish under 19 international made no mistake, planting his speculative shot past Jasper Cillessen from a tight angle.

A frustrating second half saw the home side go close on numerous occasions but a mixture of plucky defending and unimpressive refereeing transpired, to leave the home supporters in a foul mood at the full time whistle.

Getafe came to the Mestalla next. It is an understatement to say the two teams do not see eye to eye regarding their footballing philosophy. Valencia try and play “sexy football” whilst the “Minnows of Madrid” love nothing more than to turn a game into a scrappy slugfest littered with feigned injuries, referee intimidation and time-wasting rituals. On top of that, they can play a bit too when they want to.

The match was a game of two halves. Doménech was a surprise choice in goal and, just like in the Copa Del Rey fixture last year against the same opponents; he was picking the ball out of the net inside a minute.

This sparked the hosts into action and a brace from Maxi Gómez and a crackerjack goal from Kang-in Lee (the fifth youngest player to ever score in the league for Valencia) had the Mestalla faithful crowing at half-time.

Getafe are one club that never give up and they embrace the never- say-die spirit that was the hallmark of Wimbledon FC in the 80s. With a similar background to the London club, coming from the South of the Spanish capital, they have been punching above their weight for several years now. Unfortunately for Valencia, Getafe clawed their way back into the game and capitalised on two defensive blunders to go back home with a point, and leave Celades still awaiting his first league win.

He did not have to wait long though as the following weekend Valencia eked out a solitary goal victory at the cathedral of football, San Mamés. Denis Cheryshev got the all-important goal. The change in personnel from the Getafe game seems to suggest that Celades, like Marcelino, will be an advocate of the rotation policy.

Meanwhile, Levante UD keep treading water nicely and recent results have prevented them from being submerged into a relagation battle in the early stages of the season.

Home wins against Villarreal and Vallodolid and further points at the Ciutat de Valencia against Eibar and Osasuna see them languishing in mid-table. However, with all three games away from home soil so far ending in defeat, manager Paco López will need to find a plan for securing more points from their travels.

Anyone wishing to watch football in Valencia can obtain tickets from the box offices of both clubs. Further information can be found on the following websites.