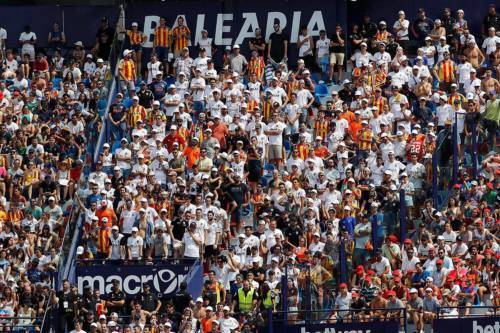 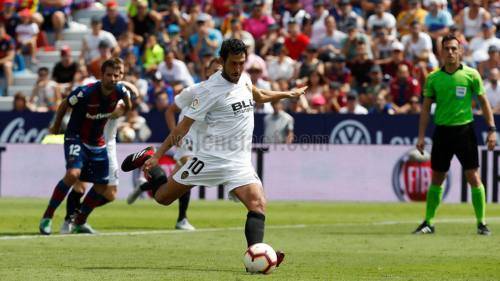 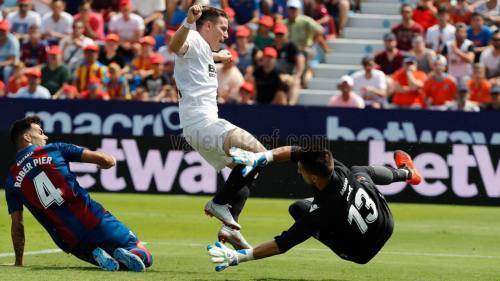 This season there is a renewed air of optimism and expectancy outside the ‘Mestalla’ and ‘Estadio Ciudad de Valencia’  stadiums on match days as Valencia CF and Levante UD continue to capture the imagination of the local public.

Valencia  have bought well during the summer recess. More importantly, they have clung on to key players from last season’s successful campaign. Kondogbia, Guedes and Murillo have all been secured on permanent deals and the marquee signings of Kevin Gameiro (Atlético Madrid) Daniel Wass (Celta Vigo) and Michy Batshuayi (Chelsea) are sure to create a healthy competition for places in the starting lineup.

The addition of Denis Chéryshev from Villarreal is another real positive, giving depth to the forward line. The Italian Cristiano Piccini (Sporting Lisbon) looks like a ready-made replacement for Martín Montoya who has headed to the South Coast of England to join Mat Ryan at Brighton & Hove Albion.

Many Los Che fans are lamenting the departure of Simone Zaza to Torino. Getafe have got themselves a bargain with the purchase of Nemanja Maksimović for a reported fee of around five million euros. Fringe players Nacho Vidal Miralles and Álvaro Medrán have also been allowed to leave. The former to Osasuna and the latter to Rayo Vallecano.

The club had a successful pre-season campaign that included a win at Everton and the 3-0 drubbing of Bayer Leverkusen in the Trofeo Naranja. However, the La Liga fixture list gave Marcelino and his side a tough start at home to Atlético Madrid. Diego Simone’s team were on a high, fresh from beating Real Madrid and being crowned the European Super Cup champions a few days earlier in Tallinn.

A tense but evenly balanced contest at Mestalla ended in a 1-1 draw. Ángel Correa put the visitors in front midway through the first half, to give his team the lead at the interval. Valencia were back on level terms, early in the second half, when Rodrigo blasted home after he had chested down nicely to create space for himself inside the penalty area.

The club’s first away game of the season was in Barcelona and a match up with Espanyol. The Catalan side outplayed Valencia in what can only be described as a really poor performance by Los Che. Granero’s free kick just after the hour mark was correctly judged by the VAR system to have crossed Neto’s goal-line. Six minutes later, a lapse in the Valencia defence saw Borja Iglesias secure the three points for his team.

Four days later, thousands of Valencia fans were fixed to their television sets as the Champions League draw unfolded from Monaco. Valencia would have a tough passage whatever the draw but being pitched against Juventus, Manchester United and Young Boys Bern made the task of getting out of the group stage increasingly difficult.

With two blockbuster Champions League fixtures to enjoy in due course at the Mestalla, the team then turned their attention to the small matter of a local derby with Levante in the North of the city. ‘Los Granotas’ fans were also keenly anticipating this season after the positive way they had finished the previous campaign under their newish manager Paco López.

Their coffers had been swelled by the transfer of Colombian international Jefferson Lerma to Bournemouth for an estimated 25.2 million Euros during mid-August. Within days of that transfer the club had spent over half of it on two signings. Raphael Dwamena, a striker with the Ghana international side came in from Zurich for around 6 million euros. Also, Montenegrin Nikola Vukčević signed from Braga in Portugal for almost 9 million Euros. A defensive midfielder, he is an ideal replacement for Lerma.

Other summer signings include Sanjin Prcić from the French club Rennes and Moses Simon from Gent. Perhaps the most enterprising piece of work came on the last day of the league’s transfer window when Spanish national under-21 star Borja Mayoral signed on a season-long loan from Real Madrid. Described by many as “the new Raul”, he spent time with VfL Wolfsburgo last season, scoring two goals in 17 appearances for the Bundesliga club.

A 3-0 victory over Real Betis in Seville on the opening day of the league had already increased the expectancy levels further of the Levante faithful. However, Levante did blot their copy book a little by losing their first home game 2-1 to Celta Vigo. However, a victory for Levante UD over their local rivals Valencia CF would certainly put a smile back on the home fans faces and leave the performance against Vigo well & truly forgotten. A 12 noon kick off on a Sunday in the baking Valencian sunshine had been anticipated by the Levante club. In a nice touch by them, they gave away free water and sun caps to both sets of fans. A near capacity crowd of over 24,000 were entertained from the very first moment and it was not long until goals came.

First blood went to the home side when Morales went on one of his trademark mazy runs… before passing to an unmarked Boateng on the edge of the box. The striker’s effort was only parried by Neto, straight into the path of Roger Marti who made no mistake from close range.

Just one minute later, Valencia were back on level terms. Carlos Soler did well on the right hand side before putting a tantalising cross towards the back post. Denis Chéryshev nipped in between two Levante defenders to head the ball home from close range.

Then, against the run of play, the home side regained the lead. A wonderful 40-yard, cross-field ball by Enis Bardhi put in Roger behind the Valencia defence. A cute first touch took the Levante striker out of reach of the pursuing defenders and he then slotted the ball past Neto, with his left foot, from a tight angle.

Valencia finally gained parity in the 52nd minute when Carlos Soler was fouled in the box when heading away from goal. A review by VAR confirmed a penalty and Dani Parejo made no mistake with the spot kick. Both sides then had chances to take maximum points but squandered decent opportunities to claim exclusive bragging rights until the return fixture later in the season.

A quick mention for Villarreal, the other club in La Liga from the Comunidad Valenciana. The team nicknamed the Yellow Submarine have drawn ‘The Teddy Bears’ (Glasgow Rangers) in the Europa League. Spartak Moscow and Rapid Vienna make up the four team group.

Anyone wishing to get tickets for Valencia or Levante games can do so by visiting the box offices at the ground, or through the respective websites.