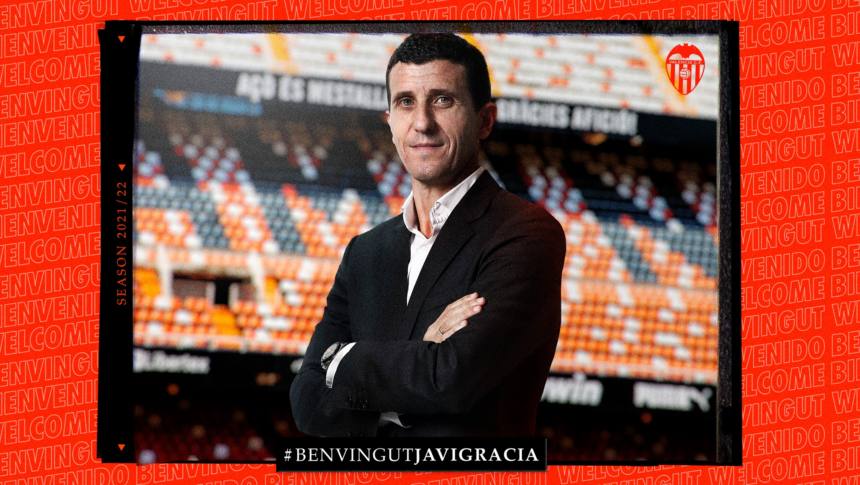 ##The 2019-2020 season is one to forget on so many levels. Anticipation was high after a Copa Del Rey victory and a Champions league berth. It seemed Valencia had at last found a manager in Marcelino capable of delivering trophies. All they had to do now was to build on these solid foundations and move forward.

By September, Marcelino was gone…after a disagreement with the owner Peter Lim and the downfall began. Watching jealously by as Sevilla and Betis invested in quality additions to their squads in the summer, the Asturian coach announced days after his dismissal to the press that he believed he was actually sacked for winning the Copa Del Rey, which went against the wishes of the upper hierarchy.

He stated that he received “direct messages from certain people” to reject the Copa, in order to concentrate on a Champions League place.

As it happened, Marcelino managed to do both but it was his stubbornness to comply with the requests from above that he believes created an untenable position between the two sides. Consequently, the relationship had only one possible outcome and Valencia were looking for a new coach with the season hardly underway at all.

The appointment of Celades proved an unsuccessful one, and it felt like he never had the support of the dressing room in the way Marcelino did from day one.

However, the trip to Milan in the Champions league to play Atalanta was the pivotal moment of the season. A comprehensive loss was compounded by an outbreak of Covid 19 among the Valencia squad on their return to Spain. The second leg was played behind closed doors, which did little to help the team’s prospects of advancing to the next stage of the world’s premier club competition.

Soon after came the shutdown of all La Liga football. On the return to play, Valencia were sluggish and under-performed to the point that they missed out on European football next season all together.

Voro, a loyal ambassador for Valencia, could not reshape the club’s fortunes after the departure of Celades and no European competition suggests the possible loss of key players who want to ply their trade on the main stage at every opportunity of their short careers.

Enter Javi Gracia, who is no stranger to impatient owners after working with the Al Thani family in Málaga and Gino Pozzo at Watford in recent times.

Born in Pamplona, he was a youth product of the city’s number one team Osasuna but he never made a full debut for them. He did however make over 100 appearances for another Basque club, Real Sociedad, as well as notable contributions with Valladolid, Villarreal and Cordoba.

As a manager he has worryingly had twelve clubs in sixteen seasons, if you include his first role as the Villarreal youth coach.

Spells in Greece, Russia and the UK have been peppered with stints in charge at the likes of Cadiz, Osasuna and Almeria. Arguably, Valencia is the biggest job to date he has encountered.

With Gracia comes an extended entourage of coaches and analysts.

Juan Jose Solla joins as the second in command and Gracia’s right hand man, and there are jobs too for Isidre Ramon Nadir, (who was with Gracia at Watford) and Zigor Aranalde, who has played for Carlisle United, Walsall and Sheffield Wednesday in the past.

The line-up is completed with the addition of a goalkeeping coach, Iñigo Arteaga. Curiously Arteaga will take on the role of another analyst, with Manual Ochotorena, who currently enjoys the position at Valencia of training the likes of Cillessen and Jaume, remaining in his post.

The new coach is also renowned for a pressing game and thorough preparation by examining the opponent’s statistics and nuances intensely. He operates in a meticulous way that is similar to the methods used by Bielsa at Leeds United.

Not a popular choice for the job (he was fourth behind Bordalas, Baraja and Laurent Blanc in a poll of nearly 15,000 supporters surveyed by the Valencia sports paper “Superdeporte”) it remains to be seen if the owners have got the appointment right this time around.

Over at Levante they have a different worry, trying to cling on to their manager from more glamorous suitors. Paco López has performed minor miracles for the club, who have already been active in the summer transfer market by acquiring the Frenchman Mickaël Malsa from CD Mirandés.

Another twelfth place finish in La Liga like this season would be acceptable for the Granota fans, but some supporters will be even more ambitious on the back of some of the excellent performances they have seen at the ‘Ciutat de València’ this year, and will be planning for possible European contention next season.

Very few will be expecting a relegation battle; such is the confidence of the season ticket holders in López nowadays.

Hopefully both managers can deliver to their respective supporters and, if the duo are still in charge at Valencia and Levante this time next year, then we can assume that the forthcoming season will be a successful one.