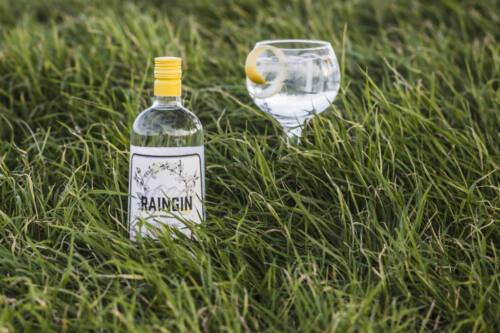 ## VÍ Vid were ‘on tour’ in the Ribera del Duero, tasting white wines from the Rias Baixas in Galicia and tasting monovarietal wines from Monastrell, Moscatel and Bobal in the next phase of the ‘Concurso de Vinos Valencianos Proava.’ The first two elements have taken us out of our normal comfort zone and challenged our palates but not quite as much as the Gins! So, our article for the summer edition covers a slightly wider range of alcoholic products than usual

We start in the Rias Baixas, on the Atlantic coast of Spain where the vineyards produce wines from the Albariño variety, sometimes with Treixadura in a blend. The wines are white, with a pale-yellow core, stainless steel edge and are pale with golden flashes. (The wines are of varying hues and intensity but this is as close to a generic note as you can get.)

The wines were presented by the DO in the Westin Hotel and some 90 wines from the 2018 vintage and 49 bodegas were available to taste.

Albariño wines are generally floral and aromatic on the nose with white stone fruits such as apricot and peach, again in varying degrees of intensity and in the mouth demonstrate a good level of fruit balanced with acidity and mineral touches, sometimes a little salinity.

The 2018 was classified as very good by the technical reviewers; many of the wines are available in Valencia and easy to find in supermarkets or specialist wine shops. Here are some which we particularly liked:-

Firstly, two from the Palacio de Fefiñanes, the Albariño 2018 and the 1583 from the same vintage. The first is aromatic with citrus notes on the nose and is round and balanced in the mouth. The 1583 is still closed on the nose… with a more mineral, creamy finish.

The wines of Martín Códax are widely available. Two of their wines we particularly liked, the Marieta which whilst closed on the nose was very full in the mouth with lots of fruit. It has an oily (petrol) note, which adds depth and this is why the wines are sometimes considered to be similar to good Rieslings. The second was the Alba Martin, grown close to the sea and having a distinct salty note with granite in the finish. Not cheap this one but it is fair to say it has a long life ahead of it!

Bodega Pazo Pondal showed two wines, Leira Fondal and Lenda. Both are very smooth, well balanced and with salinity and minerals in the finish. The Bodega is looking for an outlet currently in the Valencia area.

It is fair to say these wines will improve with time and at VÍ Vid we prefer them when they have 2-3 years in bottle. Turning to Rosado wines, our initial feeling that 2018 was a very good year for Rosados in general and Bobal in particular is born out with extensive tasting.

One new wine we tasted on the Ribera del Duero tour, the Aire de Protos, (from the bodega in Peñafiel) and from Tempranillo is pale rose with hints of salmon. Lots of ripe red fruit on the intensive nose. It is really fresh in the mouth, with good acidity and minerality in the finish and should be available shortly.

Any of the ranges from Coviñas (Rosa & Dito, Al Vent, Enterizo, Aula) will give you a fresh strawberry and cherry fruit with an acidity and balance that keeps the wine feeling fresh in the mouth. (All Bobal) The Merlot from Finca Collado with a small percentage of Monastrell, that has spent a few weeks in oak, is also a must for serious food lovers. We are still recommending the Rose Marine from Chozas Carrascal, Juan de Juanes from La Viña, Mirame from Dominio de la Vega. With the expected heat this summer, Rosados should be your main choice to accompany food and put the reds aside until September!

And now to the Gins!

Bodegas Nodus (https://bodegasnodus.es/# ) have been producing artisan Gins for some time and have recently launched their wholly ecological RainGin, made with lemon peel, angelica root, juniper berries, coriander seed and white pepper. The botanicals are all ecologically certified and are macerated in a mixture of wheat ethanol and alcohol before distillation in a pot still, to 70% abv before being reduced to 40% with water and ecological ethanol.  This gives a London dry style gin in which the Juniper predominates.

Of course, Nodus started with the N Gin VLC, a premium gin of 39% abv made with wine from the Chardonnay variety, a distinct range of botanicals (angelica, cardamum, sage, rosemary, Juniper etc) from which emerge mandarine and orange notes. Their N Gin 2 is also 39% abv. It owes its red fruit flavour and pink colour to the two types of strawberries (one sweet, one acidic), which are added to the botanicals in the maceration before the double distillation in a copper pot still. Alternatively, if you are looking for other authentic Valencian gins you should also try the Valencia City Gin made with almonds, orange and Moscatel wine as a base or the London City Gin, both offered by Bodegas Vegamar, which come with a trendy lighting system in the base of the bottle.

All the gins are available through the Bodega’s outlets or online.

VÍ Vid is a project supporting the development of wine knowledge and gastronomy in the Valencian Community. We run wine clubs, give tastings of Valencian wines in English and support wine-makers and bodegas directly. We can be found in Instagram (Vivid8402), and through our blog VÍ Vid at https://vvidblog.wordpress.com, in Facebook, (https://www.facebook.comVivideventos and in  Twitter @vividvinos.