You are here: Home  /  Sports  /  VALENCIA FOOTBALL… ‘COMUNIDAD VALENCIANA’ ROUND UP
Sports 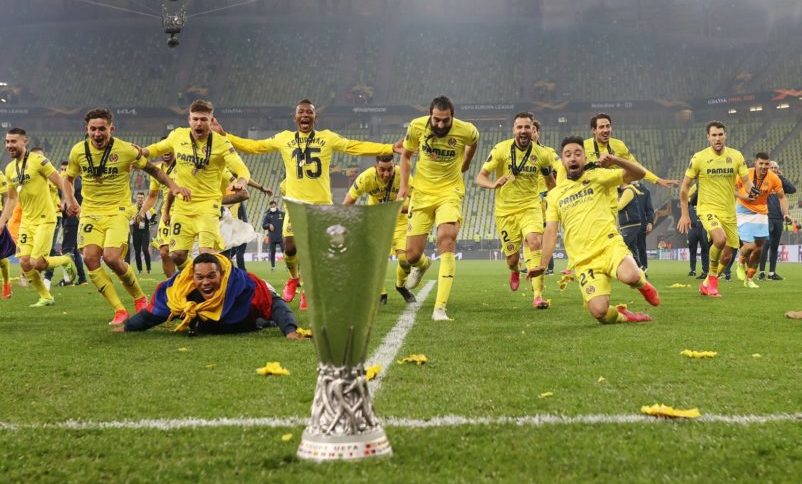 VALENCIA FOOTBALL… ‘COMUNIDAD VALENCIANA’ ROUND UP

##Next season, the region will once again have the luxury of four clubs in La Liga.

Valencia CF, the biggest club in terms of history and fan base, will also start next season with a new manager. Hopefully, they will have a better off-the-field relationship between the owner and supporters.

Another successful interim spell in charge by the club legend ‘Voro’ ensured La Liga safety, but the former Spanish international has always said he did not want the job permanently, despite filling the breach on no less than seven occasions.

So, Peter Lim has decided on José Bordalás to lead Valencia after an agreement was struck with Getafe to release him from his contract, which had one year remaining.

Bordalás was born in Alicante and was a journeyman as a player, although he never played at a level higher than the fourth division in Spanish football. He had spells with the likes of Hércules, CD Dénia, Benidorm, Altea and Torrevieja before turning to management.

He joined Getafe in 2016 and worked minor miracles that culminated in the unfashionable club, from the South of Madrid, playing in Europe. In 2019 he followed Marcelino (2018 winner when at Valencia) in winning the Miguel Muñoz Trophy.The award was created by the Spanish sports paper Marca, and recognises the best coach in the top two Spanish leagues every season.

His style of management at Getafe has been controversial, and they have often been compared to the aggressive Wimbledon side of the 1980s because of their physical and combative approach to matches.

Whether, Bordalás continues with this method at the Mestalla, where he arguably has a more skilful squad remains to be seen. However, he will start his first match without the likes of Kevin Gameiro and Eliaquim Mangala who will not have their contracts renewed when they expire at the end of June.

Key players like Jesper Cillessen and Gonçalo Guedes may also push for moves away from the Mestalla, depending on potential interference and persuasion from their agents, or impressive performances at the European Championships.

It also remains to be seen if the owner Peter Lim will give Bordalás any spending money. The turmoil of the new stadium losing its licence to continue any kind of construction may be a deciding factor on that issue. Local politicians and their clear disdain for the current owner in denying any permit to build, could well end up with the whole saga been drawn out in the law courts.

The Singapore businessman really needs to come up with a plan to appease the fans and the new concept of “Un desayuno en Mestalla” could be an interesting starting point. The idea is to invite 10 fans at a time to have breakfast at the Mestalla to discuss topics of conversation. Suggested debates include season ticket prices, smoking in the stadium, and ticket availability for visiting supporters. A novel idea that may gain some weight with time…but many will argue that the rift between owner and supporters is so severe already, that it can never be repaired totally, if at all.

For the majority of the season, it looked like Levante UD were going to take the bragging rights for the city and finish above Valencia in La Liga. However, a cluster of poor results at the business end of the campaign saw them finish in 14th place, one place below their more glamorous neighbours.

However, most Granotas will be more than content with this year’s end product, especially as they had a very impressive Copa Del Rey run, crashing out at the semi-final stage to Athletic Bilbao, despite drawing the first leg in San Mamés.

The Levante Women’s team also made the club proud by reaching the finals of the Copa Del Reina. A fantastic result against the Atlético Madrid ladies in the semi-final when they won 1-0, led to a Cup Final confrontation with Barcelona in Leganés.

Barcelona had already been confirmed La Liga Champions despite several matches still to go, and they had recently seen off Chelsea Ladies in the Women’s Champions League Final 4-0. So, the Catalans were odds on favourites to complete their own treble.

There was to be no fairy tale for Levante, as Barcelona showed their class and confirmed a treble for the first time in their history. Three goals to the good inside 30 minutes, it looked all over by half time.

However, two second half goals from Alba and the Argentine international Banini had Levante fans dreaming of an amazing comeback. Unfortunately, Barca had other ideas and they scored another goal through Putellas to run out 4-2 winners as the Granotas stretched themselves at the back, searching for the equaliser.

In the South of the region, Elche managed to maintain their La Liga status thanks to a dramatic win against Athletic Bilbao, on the last day of the season. Before the matches started they knew that they had to better the score lines of Valladolid and Huesca to have any chance of survival.

With their fate out of their own hands they concentrated on the job at hand and outplayed the Basques to record a 2-0 victory.

Valencia then did their Southern neighbours a big favour by playing out a goal less draw in Aragón. a Valladolid lost out to La Liga champions Atlético Madrid 2-1, despite leading 1-0 at the half time break.

However, without doubt, Villarreal can boast being the best club in the region this year. An honourable seventh place finish in the league ensured they finished top of the four Comunitat Valenciana clubs, but the additional coup of winning the Europa League ensured the community will see Champions League football next season after all.

Unai Emery’s success in the Europa League is phenomenal, having won it three times previously with Sevilla, and once being a runner up, when in charge at Arsenal.Villarreal finished top of Group I in the initial stages of the competition, not losing a game in the process against Maccabi Tel Aviv (Israel) Sivasspor (Turkey) and Qarabağ FK (Azerbaijan).They then beat Red Bull Salzburg and Dynamo Kiev both home and away to convincingly secure a place in the quarter finals. Drawn next to play the Croatia outfit Dinamo Zagreb, they won both the home and away legs by the odd goal, to set up a semi-final contest with Arsenal. Sacked by the London outfit in November 2019, Emery returned to deny his old club a place in the Europa League Finals and a trip to Gdansk. Leading 2-1 from the first leg, Villarreal defended strongly to eke out a goalless draw at the Emirates and reach their first ever European Final.

However, the best was yet to come for the Yellow Submarine, who are owned by the Roig family, the people who are in charge of the Spanish supermarket chain, Mercadona.

In Poland, their opponents were Manchester United, who had found some end of season form in the Premier League. The prolific Gerard Moreno opened the scoring for the Spaniards in the first half, only for Cavani to level the game early in the second half. The two sides failed to add any further goals in either normal or extra time to force the game to penalties.

An amazing shoot out followed, in which all 20 outfield players scored for their respective teams. It was left up to the goalkeepers to decide the contest.

Gerónimo Rulli made no mistake with his effort and then dived to his left, to parry David de Gea’s shot away to safety.

Congratulations to Villarreal on securing a place in the Champions league. Valencia fans could only look on with a mixture of cheer and frustration, and dream what could have been.

As well as Emery, five of the Villarreal squad that won the cup, have past connections with Los Che at one time or another. Parejo, Albiol, Alcácer and Coquelin all saw playing time in the final and took penalties, whilst Jaume Costa was part of the supporting cast on the bench.

The 2021-2022 campaign starts again soon, with three of the four clubs in the region looking for a marked improvement, and Villarreal looking to give the community something to look forward to in Europe once again.