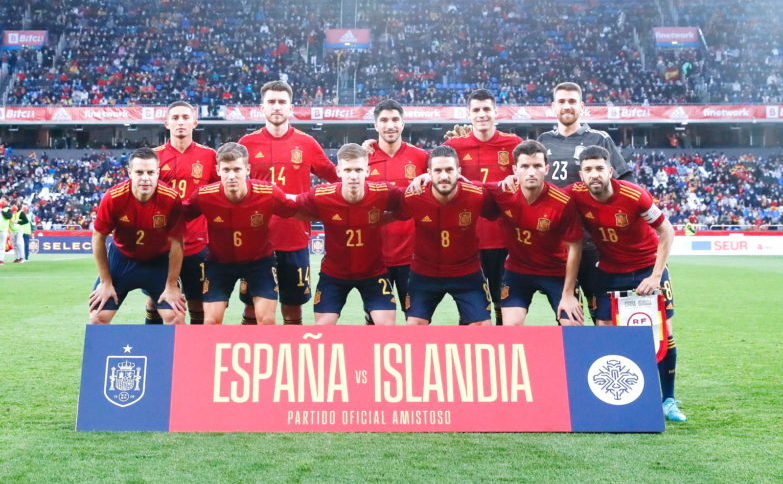 The international break gave very little respite for numerous Valencia players, as no less than 13 members of the squad were called upon to represent their respective countries in either friendlies, World Cup, or European qualifying matches.

Hugo Guillamón got the biggest surprise of all, with a late addition to the Spanish national team to join Carlos Soler, as a replacement for the injured Leeds United defender Diego Llorente.

The San Sebastian native had made his full debut by default in the game against Lithuania in the summer of last year. The team won 4-0 that day despite the fact that Spain had to play their full Under 21 side in the match after Sergio Busquets had tested positive for COVID-19 during the senior training camp just prior to the game.

This time, Guillamón was an unused substitute in the first game against Albania, which Spain won 2-1, thanks to goals from Ferran Torres and a last gasp winner by Dani Olmo. However, he then started the contest a few days later against Iceland. Wearing number 12, he played competently, in a match that never really tested the Spaniards, as they ran out easy winners, by five goals to nil.

Soler came on as a substitute in the 64th minute against Albania and started the match versus Iceland before being replaced in that game. With José Gayà injured for this cluster of international matches it, is likely that Valencia could have at least three players heading to Qatar with “La Selección” for the World Cup this winter.

A fourth possibility is Bryan Gil. The left winger has been a revelation since arriving from Tottenham and he starred for the Spanish Under 21 side in European Qualifying matches against Lithuania and Slovakia. Gil scored in both games for his team who secured two victories, firstly with an 8-0 romp over Lithuania in Toledo, and then a 3-2 victory in Žilina.

Spain are currently the top of the Group C table, having won seven out of their eight games. Their sole defeat was against Russia in Khimiki, which could well be expunged from the records, giving the Spanish an even more powerful position to make the finals, that will be co-hosted by Georgia and Romania next year.

The youth policy of Valencia continues to prove successful and two players who have come through that system were selected for the European Qualifying Under 19 matches against Austria and Denmark.

Teenagers Jésus Vázquez and Christhian Mosquera have already made their full debuts for the first team. Both played in the 2-2 draw in La Nucia against the Austrians, and also in the 3-3 stalemate versus the Danes that was played in Benidorm.

Spain’s Iberian neighbours Portugal had Gonçalo Guedes in their squad for their World Cup play-off eliminators. The Portuguese saw off Turkey in the first eliminator, but a potential match-up with Italy did not materialise as the Italians were beaten on home soil by a North Macedonian side that included Levante’s Enis Bardhi.

The Eastern Europeans could not emulate the feat they achieved in Palermo and lost 2-0 in Oporto, thanks to a brace from Manchester United’s Bruno Fernandes. Guedes was an unused substitute in both games, but is highly likely to be named in their World Cup squad of 23 players for Portugal this Autumn.

Serbian international Uroš Račić came on as a substitute in his sides 1-0 victory over Hungary and their 3-0 defeat in Copenhagen. It was an emotional game at the Parken Stadium as Christian Eriksen returned to the ground where he had suffered a cardiac arrest 290 days earlier. To the delight of football fans around the world, the Brentford star scored on the hour mark for his country before leaving the field to a standing ovation late in the game.

Giorgi Mamardashvili, played in the game in Albania for Georgia, and managed to keep a clean sheet as his country held out for a 0-0 draw in front of a hostile capacity crowd in Tirana.

Eray Cömert was an unused substitute on the bench at Wembley where his Swiss team put in a robust performance against England, only to lose out by the odd goal in three. He did play in the match against Kosovo three days later in Zurich, were the Swiss side could only manage a disappointing 1-1 home draw against a country ranked 93 places below them in the Fifa Rankings.

USA are currently ranked in 14th place, one place below Switzerland, and they had two important World Cup games as their qualification for Qatar hung in the balance.

Yunus Musah travelled with the USA team, first to Mexico, then back to Orlando, before heading to Costa Rica for three important games to help decide which teams from CONCACAF would head to Qatar.

Musah played in all three games for his country, which ended in mixed results for the North Americans. They drew 0-0 in the boisterous Azteca stadium, and then Christian Pulisic hit a hat-trick in the 5-1 defeat of Panama. Despite losing 2-0 in Costa Rica, USA claimed the automatic third spot to confirm their place in Qatar along with group winners Canada and Mexico.

Also playing for their national team was Ilaix Moriba with Guinea, Hélder Costa with Angola and Maxi Gómez with Uruguay.

Moriba played the full 90 minutes in the 0-0 draw against South Africa in the wonderfully named “Guldensporen” Stadium in Flanders. The stadium name refers to the medieval battle of the Golden Spurs that was fought in Kortrijk in 1302. Guinea’s match scheduled to be played against Zambia in France a few days later was cancelled due to an administration problem encountered by the Zambia federation.

Finally, Maxi Gómez went to South America for two vital World Cup games. He played six minutes in the home match with Peru, that the hosts won 1-0 to secure World Cup qualification, and then came on again as a replacement for Tottenham’s Rodrigo Bentancur late in the second half of their 2-0 victory in Chile.

All the players seem to have reported back to the Mestalla injury-free and will be now focused on La Liga for the next few matches. Wins against Granada and Elche and a draw in Madrid against Getafe in their last three league games have seen Valencia move up the table. However, a poor performance at home to Cadiz that ended in a toothless 0-0 draw hindered the recent progress.

Levante UD had a pulsating victory over local rivals Villarreal in a game which both Robert Pier and Rueben Vezo celebrated their 100th appearance for the club. However, two away losses in Bilbao and Pamplona by the identical scoreline (3-1) and only a point at home to Espanyol, has done little to help Levante close the gap difference on their relegation rivals.

Villarreal’s quest for Champions League glory remains alive with Bayern Munich their quarter-final opponents after the “Yellow Submarine” put on an amazing display to defeat Juventus on Italian soil by three goals to nil, and advance 4-1 on aggregate.

The Germans come to the Estadio Cerámica on April 6th with the return leg in the Allianz Arena on the 12th of April. The winners will play either Liverpool or Benfica in the semi-final. The other four teams toughing it out for the final spot in the opposite side of the draw are Chelsea, Manchester City and the two Madrid clubs, Atlético and Real. The final itself has now been moved from St Petersburg and will be played in Paris on the 28th of May.