You are here: Home  /  Sports  /  VALENCIA FOOTBALL…HOME AND AWAY
Sports 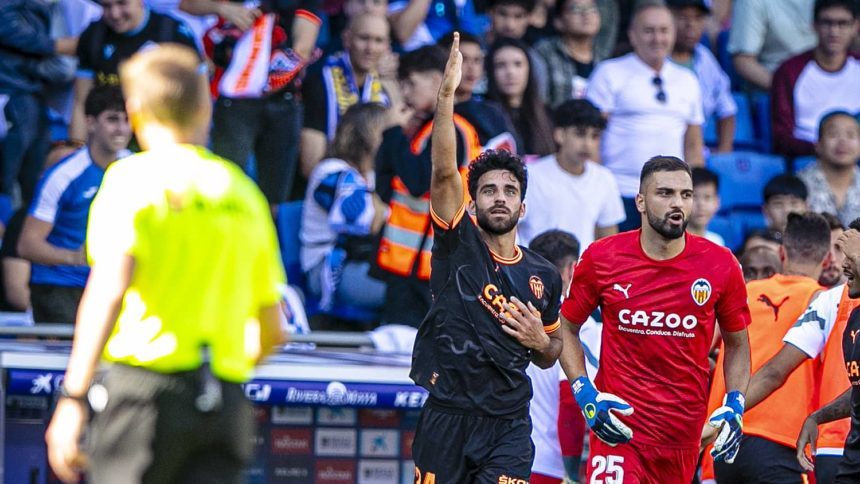 Despite the international break, Valencia continue to look like two completely different sides when playing at home and when playing away from the Mestalla. When hosts the team exudes confidence and plays sexy, attacking football that has the home fans brimming with content after the final whistle blows. Outside of Valencia, the team have emulated some of their home form in small patches but invariably lose out in the end due to drops in concentration, individual errors or bad luck with deflections.

The last four games epitomise this scenario. The two home games against Getafe and Celta Vigo have resulted in eight goals and six points, whilst the trips to Rayo and Espanyol have yielded a solitary point.

The game against Getafe was one of the best performances from Valencia in a long time. The football was exciting, and the perfect end product was found on five occasions.

The first goal came from an unlikely source, when in the sixth minute Toni Lato cut inside from the left and hit an unstoppable right foot shot from just inside the area.

Valencia doubled their lead soon after with Samuel Lino finishing off a neat one-two by volleying past David Soria.

Two minutes later, the game was over as a contest when “Samu” Castillejo capitalised on a goalkeeping error to slide the ball into an empty net from half way inside the opponent’s half.

With just fifteen minutes on the clock gone, the Valencia faithful settled in for a footballing exhibition that saw Nico González and Hugo Duro add more goals.

The only disconcerting aspects of the day were IIaix Moriba getting two yellow cards inside twenty minutes when coming on as a substitute, and a late consolation goal for Getafe after concentration levels had dropped.

Within a week, Valencia went from having their best performance of the season to their worst.

Rayo Vallecano play in the Madrid suburb of Vallecas and in recent years have frequently punched above their weight. They went aggressively at Valencia from the word go, and inside ten minutes were a goal to the good courtesy of Isi Palazón.

The balding winger from the Murcia region, who was with Real Madrid as a youngster, was a thorn in Valencia’s side for all of the 76 minutes that he was on the pitch.  By that time, Rayo had already doubled their lead through an own goal from Nico Gonzalez.

An injury time goal from Diakhaby reduced the deficit but, by then, the Valencia fans had already been subjected to a dismal display. It left everyone connected with the club deeply frustrated.

The club from Vigo came calling to the Mestalla for game six of La Liga. Iago Aspas is a striker everyone would like in their squad, and when he was named in the starting line up the home fans knew the defensive pairing of Comert and Diakhaby would have their hands full.

The duo dealt with the Spanish international impeccably, and the rest of the team helped to ensure another three points on home soil.

Castillejo put Valencia ahead just before the break, and two late goals from André and Almeida secured a comfortable victory.

Then came the international break for the UEFA Nations matches. Gayà and Guillamón joined Carlos Soler in the Spanish squad, but all three were named as substitutes for the match against Switzerland.

The latter was the only one to get some game time (3 minutes) but it did not help the Spanish cause as Switzerland won in Zaragoza 2-1. Comert was named in the Swiss squad, but was also unused in the game.

However, a resurgent Spain won in Portugal a few days later to finish top of their UEFA Nations group. This time all three started the match, but only Gayà was still on the pitch when Álvaro Morata scored the only goal of the game with two minutes of normal time remaining.

Soler has had very little opportunities with PSG up until now and the lack of playing time must be a major concern for the Spanish manager Luis Enrique, with the World Cup just around the corner.

All the players connected with Valencia returned from specific international duties unscathed, and in contention for selection for Valencia’s next game in Barcelona against Espanyol.

Once again Los Che lacked the killer punch on foreign soil and had to settle for a deserved, if somewhat, fortunate draw.

Taking the lead through a Paulista header at the start of the second half they were immediately pegged back by a Joselu effort.

Sergi Darder looked to have given the Barcelona based club the points with seven minutes remaining but a speculative effort from Comert deceived the Espanyol goalkeeper in the sixth minute of injury time… to give the visitors a share of the spoils.

Earlier, a stupid reaction by Marcos André late in the game gave Valencia another red card, and with Cavani still to find any kind of form since joining the club, Gattuso has concerns in the forward department going into a heavy schedule in October.

Levante UD  have had a lukewarm start to life in a different division and recent loses at home to Cartagena, and away at Andorra have left them playing catch up at this early stage of the season. Better news is that the Levante women’s team (Levante UD Femenino) have had a wonderful start to their league campaign and have won all three of their games to date.

The most impressive victory was over a strong Atlético Madrid side by two goals to one. The team from the capital included goalkeeper Lola Gallardo and defender Ainhoa Moraza, who are two of the fifteen players that have reportedly sent e-mails to the Spanish football association (RFEF) saying their relationship with the current manager Jorge Vilda was affecting “significantly” their emotional state and health and “as long as it is not reversed” they resigned from the team.

For their part, the RFEF have given their backing to the coach, and all 15 players have been left out of the Spanish women’s national squad for this month’s friendlies against Sweden and USA.

None of the Real Madrid contingent sent any e-mails but the majority of the Barcelona contingent, along with players from Atlético, Real Sociedad and both Manchester clubs did.

New caps, goalkeeper Enith Salón (Valencia) and Maria Méndez (Levante) join Anna Torrodà (Valencia) and Alba Redondo (Levante) in the squad of 23 players named for the friendlies, and hopefully all four will get an opportunity to impress at some point in the two matches.