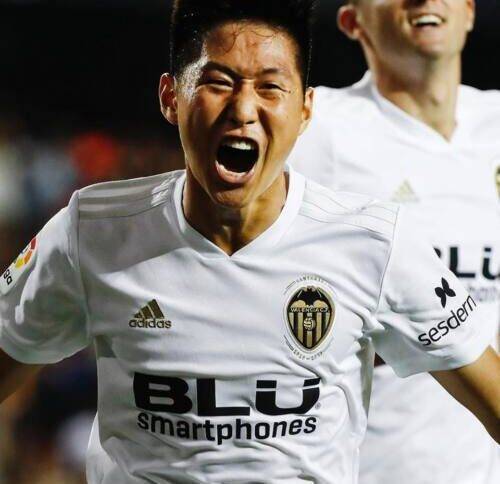 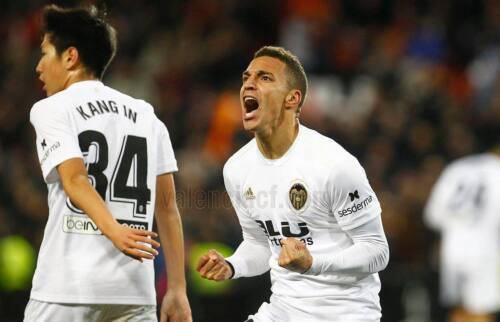 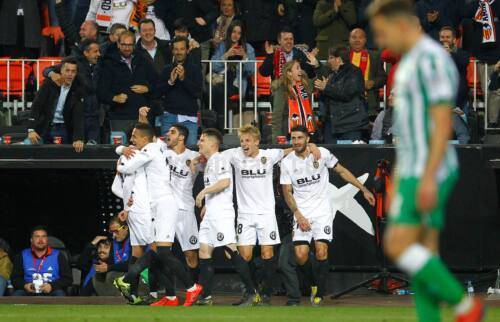 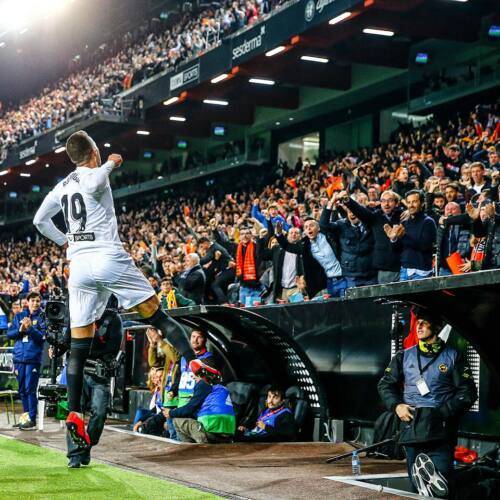 ##Valencia Football Club secured a place in this year’s Copa Del Rey Final after outgunning Real Betis 3-2 in two epic encounters, thus finally ending over 11 years of misery and frustration for the club’s fans. They can now support their team in a meaningful final in 2019.

Not since the victory over Getafe, at the Vicente Calderón in Madrid on the 16th April in 2008, have the club had the opportunity to win such a notable competition. On that day the Valencia side included the quality of Juan Mata, Villa & Silva and ran out comfortable winners 3-1. This time, Valencia only have to overcome Barcelona to get a prestigious piece of silverware in their centenary season!

Betis were a gallant adversary in the semi-final and had the added incentive of knowing the ultimate game had already been designated for May 25th in their very own Benito Villamarin Stadium.

The first game in Seville saw Valencia initially in real trouble and staring a very uphill battle in the second leg. Two goals down with twenty minutes to go and the Betis fans in full voice, the odds of Valencia getting something out of the match seemed scarce. Cheryshev halved the deficit with a slick, near post header and then substitute Gameiro outpaced the Betis defence and poked the ball past Joel Robles, in the second minute of injury time, to send the teams back to Valencia on level-pegging.

The return leg at the Mestalla will live long in the memory of the spectators. The atmosphere was electric and the Betis fans played their part in creating a wall of sound that reverberated around the stadium. Joaquín, a former Valencia favourite, had scored direct from a corner in the first leg for Betis. He was in the initial eleven starting line-up… along with two other former Los Che players, Sergio Canales and Andreas Guardado. However, probably the best news for the Verdiblancos was that French defender Marc Bartra had recovered from the injury that had forced him off the field in the first leg… to resume his place in the centre of the Béticos’ defence.

Valencia kept faith with Jaume in goal and Marcelino plumped for Gameiro up front with Rodrigo, leaving Santi Mina on the substitute’s bench. Gameiro has been impressive since the start of the year and the Frenchman is finally showing the kind of form that has seen him have successful spells at Paris Saint-Germain, Sevilla and Atlético Madrid.

Betis shaded the first half with some smooth intricate passing movements that had the Valencia players chasing shadows at times. The home side came out much the stronger after the interval and eventually got the breakthrough ten minutes into the second half.

Great play by Piccini gave Gameiro a wonderful scoring opportunity in a one on one with the Betis goalkeeper. However, instead of shooting the former Sevilla striker unselfishly squared the ball to an unmarked Rodrigo who made no mistake from a few yards out. A crescendo of noise greeted the ball hitting the back of the net. This was followed by sighs of relief as Valencia fans immediately realised the visitors had now to score three goals to proceed, because of the away goals rule format.

Valencia’s amazing comeback in the previous round served to warn everyone that the contest was far from over and the team remained focused until the final whistle, limiting their opponents to just a couple of chances. The final whistle led to joyous scenes and the continuous chants of “Illa, Illa, Illa; Nos vamos a Sevilla” as the team celebrated their victory with a lap of honour around the pitch.

Well into the early morning, fans were still celebrating around the stadium and the city. Information released shortly after the semi-final victory suggests Valencia will be allocated around 23,000 tickets, which will not be enough to satisfy demand. The official capacity of Estadio Benito Villamarín is 61,000 but for security reasons there will be only 58,000 tickets available for this specific match.

Apart from Sevilla, the other city that Valencia fans would love to visit in May is Baku in Azerbaijan. The Olympic Stadium there will host the 2019 Europa League final and Los Che are still in the competition along with 15 other clubs. The comfortable 3-0 aggregate defeat of Celtic was rewarded with a two legged tie with FC Krasnodar. The club that is in the South of Russia are arguably based in the most soccer-mad city in the country. It controversially missed out on being a World Cup venue in 2018 despite having had a completely new stadium built in 2016 by local entrepreneurs that has a healthy capacity of 35,000. Currently lying second in their own league, behind FC Zenit Saint Petersburg, they will be a difficult opponent and Valencia will need to be at the top of their game if they wish to progress to the quarter-final stage.

On the League front, the team continue to gain ground on the teams above them despite four consecutive draws in February. The first game of March was against Athletic Bilbao and with both teams on the equal amount of points (33) it was a crucial game for both teams. Valencia ran out worthy winners 2-0 thanks to a spectacular right foot volley from Rodrigo and a goal from Gameiro late in the game, as the Basques strived for an equaliser.

With games against Getafe and Sevilla on the horizon and both teams lying ahead of Los Che in the league table, it is imperative the side keep their shape and form. Hopefully, Marcelino’s squad rotation will start to reap some benefits.

Across town, Levante were extremely unlucky to lose against Real Madrid in their last home game. The team from the capital converted two contentious penalties, inbetween a Roger Marti effort, to land all three points in a niggling contest that saw both teams have a player sent off.

A 4-1 away win against Celta in Vigo, the week before, ensured Los Granotas secured points in February and they still look comfortable enough to stay clear of a relegation battle at the business end of the season.

Anyone wishing to get tickets for Valencia or Levante games can do so by visiting the box offices at their ground, or through their respective websites.
www.valenciacf.com
www.levanteud.com/es/