You are here: Home  /  Sports  /  VALENCIA FOOTBALL…’LA LIGA’ TO FINISH THE SEASON
Sports 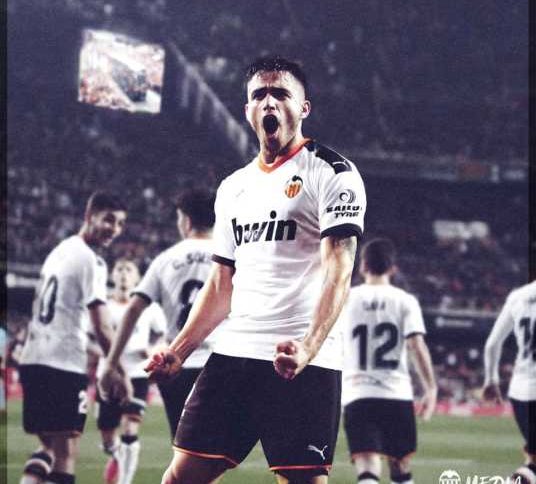 ##It is official. The remaining eleven league games of the season will be played and La Liga will complete all fixtures from the 2019-2020 campaign.

Even before the June start date had been confirmed, by the Spanish government, the President of La Liga (Javier Tebas) had issued a stark warning to clubs and players on various digital platforms.

Tebas indicated that: “When we are told that we can play, if a team refuses, then it will be dealt with in the same manner as not showing up. In the same way if an individual refuses to play, he will be subject to a sanction.”

This heavy handed approach by the under pressure kingpin did not go down well in a lot of circles. He then invited even more criticism by openly attacking France’s decision to suspend football until September 1st, claiming that football is an economic driver.

Economics and health seem to be incompatible bedmates in the current climate, but in a few months time we will know if the stronghold management approach of Tebas will have been a success or not.

From the standpoint of Valencia Football Club, it seems to have provided a good opportunity to secure a European spot. In the eleven outstanding games, Los Che face numerous teams they would expect to secure points from more often than not (Osasuna, Granada, Eibar, Vallodolid, Leganes, Espanyol and neighbours Levante). Villarreal and Athletic Club are games that Valencia are more than capable of winning, home or away, but equally susceptible of falling foul in and, consequently, coming out of both encounters pointless.

The two biggies that are left are Real Madrid and Sevilla, both away. When Valencia play Los Merengues they always turn up and perform and another spirited performance can be expected, whether the game takes place in the usual surroundings of the Bernabeu or the 6,000 seater Alfredo di Stefano stadium in Valdebebas, which normally plays host to the Real Madrid reserve side.

Sevilla are a different animal completely, especially on their home turf. Valencia feel they have been on the wrong end of some dubious refereeing decisions in recent times and that have proved expensive, financially and emotionally. Then, there is also the serious rivalry amongst the different sets of supporters that gives every encounter between the two sides that extra edge.

The 4-3 loss on the last day of the season in Sevilla in 2013 stil hurts. Negredo scored all four goals for the Andalusian club and Jonas was controversially sent off just before half time, which cost Valencia a place in the Champions League the following season. A year later, Unai Emery’s side broke every Valencia fan’s heart when Stéphane Mbia headed home from a corner, deep into injury time, to secure an away goals semi-final victory in that year’s Europa Cup semi final.

With a handful of minutes to go, Valencia had been heading to Turin to play Juventus in a European final. Within moments, everything had changed and it was Benfica who went on to provide the opposition for Sevilla in the backyard of the Old Lady.

With the Sevilla v Valencia game looking like the penultimate fixture for both clubs it could prove pivotal in deciding which of these teams, if any, obtain one of those coveted Champions League spot.

Playing behind closed doors in this particular “partido” should definitely be beneficial to Valencia. The Ramón Sánchez Pijuan stadium is arguably the most passionate and hostile stadium in the whole of Spain and, on more than one occasion, the RFEF (Spanish Football Association) have picked the ground for key internationals because of its intimidating atmosphere and unashamedly partisan home crowd.

For three consecutive seasons ,Valencia had players lose their head and get sent off at the Pijuan (Jonas, Rodrigo de Paul inside just 63 seconds of being on the pitch and Javi Fuego). However, in recent times, Los Che have adapted well and come away with victories on their last two visits to Las Palanganas.

The empty stadiums have also impacted the season ticket holders. Valencia have addressed this recently with an official communicado citing three options.

The first option is a refund and financial compensation for the five remaining missed home games, option two is to receive a discount on the season ticket for 2020-2021 and the third option is to waive the refund. The advantage of option three is that you will have a preferential period of priority (in the event of any capacity limitations) over the rest of the season ticket holders, as well as discounted prices on any tickets offered to the general public, or to any match packs that the club put on sale for next season.

Across the city, Levante UD have not made a statement as yet on season tickets but as they had a scheme in place that saw most of this years abonos receive free passes anyway it is unsurprising.

What is more curious is the club’s decision to play their remaining home games, all six of them, at Estadio Olímpico Camilo Cano in La Nucia, near Benidorm.

With state-of-the-art facilities, the complex is no stranger to accomodating high profile clubs and sporting celebrities. Zenit Saint Petersburg played there in February against F91 Dudelange of Luxembourg during their respective countries winter breaks, and the Brownlee brothers, Jonathan and Alistair, have constantly used the complex in recent years as part of their preparations for various triathlon events throughout the world.

Finally, the retirement of Aritz Aduriz seems to have gone under the radar of many football fans. Told by his Doctor that he requires a hip replacement, the likeable forward said enough is enough with immediate effect.

His decision, delivered on Instagram, means he will not take part in the outstanding Copa Del Rey final between arch rivals and Basque neighbours Real Sociedad. Indeed, Aduriz was born in San Sebastian but his allegiance always seems to have been with the red and white of Bilbao. Discarded by the club he loves, not once but twice, he always gravitated back there whenever the chance arose, as Valencia found to their cost.

Arguably, playing the best football of his life with Los Che, he earned his first ever call up for the national side whilst at the Mestalla in 2012. At the same time, Fernando Llorente had told Bilbao he planned to leave for pastures new in the imminent future. With the Basques only playing policy still remaining fervently intact, the Bilbao management were struggling to find an adequate replacement. When they came calling, Aduriz answered their request and Los Che lost him for good.

His heartfelt message to the Valencia fans that appeared shortly after his departure on the club’s official website resonated with all the supporters and every time he returned to the Mestalla he received an ovation reserved only for the firm, firm favourites. More often than not he scored in those games, but such was his respect for Valencia that his celebrations were always subdued and muted.

Bruno, who played with Aduriz at Valencia when they had back-to-back third place finishes in La Liga, put it best when he said;

“He was someone you could learn things from, a very positive person, with a contagious attitude. During our time at Valencia we had a good group of people….for a team to perform well, they must be united and people like Aduriz make that much easier.”

Valencia would do well to remember the spirit of Aduriz as they head into a cluster of games that could still make this season a successful one, despite all the trials and tribulations that they and their supporters have had to endure…