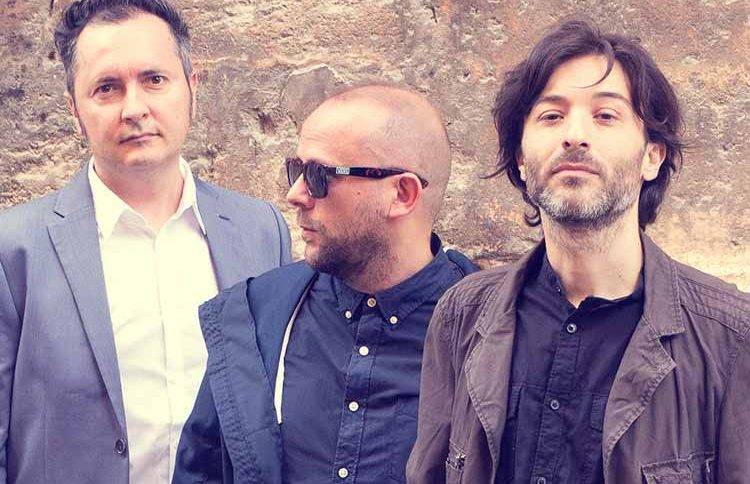 Naima began in 2004 with the intention of making music, influenced by jazz but not in any way bound to its rules and regulations. With the risk of being in no man’s land, where no-one can box us into a category, we prefer to develop our creativity with our own tastes and influences… regardless of the genre.

2. What are your musical influences?

They are extensive. Naima gets inspiration from modern jazz bands like  Brad Mehldau, Esbjorn Svensson Trio, Avishai Cohen, Christian Scott.  Instrumental groups beyond the strict confines of  jazz that move us are Jaga Jazzist, Tortoise, Godspeed You! Black Emperor. Of course, we are also influenced by a wide range of popular music including Elliott Smith, Pixies, The Smiths, Radiohead, Aphex Twin…

3. What it is like to live in Valencia as a musician?

Well, the typical option of living just from music is to play live but also to give music lessons. If not, you have to find work outside of music to make a living here. Living just from music is very difficult here, even more so if you have a project like Naima where we invest a lot of time in creating the music, recording it, rehearsing it and the work involved in the promotion and distribution of the record. Even being on a strong record label like our American label Cuneiform Records, which backs us on an international level, you’ve still got be working every day for the group in one way or another. You also have to play a lot outside of Valencia. You cannot play in Valencia every week. You risk getting saturated and, on top of that, the public isn’t that extensive.

It’s a hymn. You sense melancholy in the harmony. It’s begins with a soft piano that contrasts with the end of the track  where the drums and double-bass distort and dominate in a brazen finale.

It’s the track on the album that best combines the acoustic sound with the electronic. The arpeggiator unifies the bass lines with the synth phrases. The piano gravitates within this mass of sound, looking for a space. This is the most dynamic part of the Naima sound. This is an area we plan to develop on our future records. This track and the opener have an air of farewell to them. It is an “aidós”, a homage to loved ones who have passed away.

It’s a track with a certain groove but it is not an obvious one. The piano is what defines the groove the most but the drums and double-bass also create rhythmic patterns that create interest from beginning to end. We want people to dance to this number. We are all very used to very intense dance tracks but it doesn’t always have to be that way.

This is a dystopia (a not-good place) set to song. We can imagine a dark future but with rays of light and hope. The contrast is between the saturation of  sound & noise and the melody. The  song veers between a complex rhythm and a simple one. The synth bass lines lead here, creating a chase between them that evokes an escape to a better place to leave behind a life that we don’t want to lead anymore.

The debris are all that remain after society has suffered brutal corruption. There are many who are responsible and that includes those amongst us. They are those who would have done the same and so see the corruption as normal, for this reason there are moments of fury in the song. But there is always the chance to reconstruct society and that is what inspires the final part of the song.

This is an unusual cover version of a cut by Jaga Jazzist. As an acoustic  trio we have taken on the craziness of this track with a dose of electronica and we again use distortion on the double bass.

This is a song by Elliot Smith that deserved an intense interpretation. The heavy drums set the path to combine with the double-bass, that takes the initiative with the melody, with the piano harmonising to create contrasts with volumes that are exaggerated. This song is a world within another world.

5. Where did you record the album?

We recorded the album ourselves with the  idea that we would mix it elsewhere. We wanted each idea to be clearly presented and not leave anything to chance. Of course, this requires a lot of time and endless takes while you compare and contrast and ideas occur that weren’t necessarily apparent when you first composed the song. It’s a wonderful way to work because you get the very  best out of yourselves.

6. Who mixed the record?

It was mixed by Tony Platt at Strongroom Studios in London. Tony is one of the best mixers around. He has worked with Bob Marley,  AC DC, Led Zeppelin, The Who and jazz trios like The Bad Plus. You can imagine how demanding the levels of requirement were. The record was then mastered by Ray Staff (The Clash, Nick Cave) at Air Studios, which is also in London. The sound quality of the album is excellent and for that reason we have  also made a vinyl version of the album.

We believe that Naima has a fresh sound that the international public would appreciate. We don’t consider ourselves to be what is sometimes called  “Jazz Español”. Our music is simply something that provokes emotions, which is a language that is understood all over the world.