You are here: Home  /  Editorial  /  Sports  /  VALENCIA FOOTBALL…START TO THE SEASON
Editorial 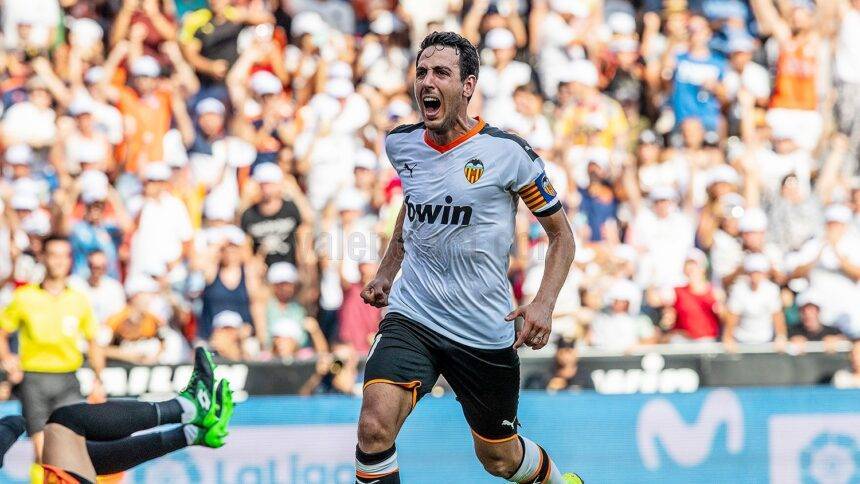 VALENCIA FOOTBALL…START TO THE SEASON 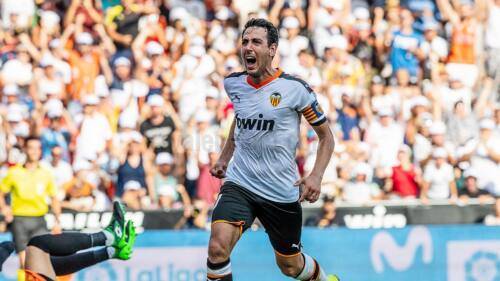 ##Valencia fans could be forgiven for having a feeling of “Déjà vu” as this season’s efforts to date mirror the same lukewarm fashion the team started last year’s La Liga campaign. Given what looked like a favourable opening batch of matches by the La Liga computer, the opportunity to hit the ground running with a cluster of victories looked to be there for the taking. Instead, a brace of uninspiring performances against Real Sociedad and Celta Vigo left the club with a single point and murmurs of discontent swelling amongst the press and socios alike. A win in their third game at home to Mallorca was a relief but the way they achieved it was not always well-received by the crowd.

The opening game against Sociedad at the Mestalla should have been wrapped up good and proper… before the Basque side denied Los Che victory with a last gasp penalty in the 100th minute of the game.

By then, Rodrigo had missed an open goal and Gameiro had fluffed a penalty that would have put the match out of reach and got Valencia off to a winning start.

The trip to Vigo was equally frustrating, and was synonymous with many of the away defeats of last year. The team started well with enterprising play but then got hit with a sucker punch after failing to capitalise on some gilt-edged chances.

The only positive to come out of the performance in Galicia was the display by the new keeper Jasper Cillessen, who saved a penalty from his former Barcelona team-mate Denis Suarez, late on in the game.

Game three gave Valencia the opportunity to put things right. Another sluggish start had the Mestalla ringing in a chorus of boos midway through the first half, by which time the visitors had already hit Cillessen’s post twice and rattled the bar. It took a surging run from Coquelin to earn his team a penalty, just before halftime, to give Valencia their first clear opportunity.

Parejo grabbed the ball immediately showing his intent to be the taker. He calmly slotted the ball home to give the hosts a slender lead at the interval, a scoreline that Valencia barely deserved.

The second half brought a better response from Valencia and, when Parejo converted his second penalty of the game, the whole team relaxed and started playing some attractive football. The icing on the cake for the fans was the introduction of substitute Kang-in Lee for a ten minute cameo that saw the South Korean go on a wonderful mazy run with his first touches in the match.

It was the best onfield performance by Valencia in the league to date, but Mallorca showed very little, and it could well be all about trying to avoid relegation for the team from the Balearic Islands this year.

Off the field, things have not faired so well for Valencia either . The ongoing saga of whether Rodrigo is staying or going has not helped the stability of the team and the constant links with Rafinha of FC Barcelona have been unsettling too.

Rodrigo at one point last month left the Paterna training ground and headed to Madrid only to turn round the same day, after the 60 million transfer plan fell through.

If rumours from sources close to the club are to be believed, then the Rodrigo and Rafinha situations have tainted the relationship between the owner Peter Lim and the management staff of Marcelino and Alemany.

It seems the latter want Rodrigo to stay and they are ultra-keen on bringing Rafinha to the Mestalla. Whilst Lim sees selling Rodrigo as good business sense, he sees Rafinha as a liability due to his age and history of injuries.

With the transfer window in Spain closing shortly, it seems that Marcelino will get his way with Rodrigo, and Lim with Rafinha.

It remains to be seen how these disagreements will affect their relationship on a more permanent basis. However, it is highly likely that Valencia will either look to dip once more into the transfer market before the deadline or look to secure a loan deal in the near future for a right-sided defender.

A devastating injury to Cristiano Piccini during training, that has ruled him out of action for several months, leaves that right back spot looking particularly vulnerable. Daniel Wass has played in that position from time to time but he is not a natural there. Ready-made replacement  Rúben Vezo is now across the city at Levante UD, after making his loan from last season permanent during the summer months.

Despite these irritating issues off the field and an average start on it, Valencia fans still have lots of things to be thankful for… including a Champions League draw that will leave the club confident of progressing to the knockout stages. Chelsea, Ajax and Lille will be the opponents for Los Che in the biggest club competition in the world.

Top seeds Chelsea have had a similar start to Valencia and seem to be in a rebuilding phase after losing David Luiz and Eden Hazard. Their new manager Frank Lampard looks to be placing faith in youth and an atmospheric cauldron like the Mestalla on a European night could prove unnerving for some of the inexperienced Londoners.

Ajax have been a victim of their own success. Several of their key players from last year that saw the team from Amsterdam reach the European Cup semi-finals have moved to either Spain or Italy. A struggle to get through the qualifying stages against PAOK of Greece, and APOEL Nicosia of Cyprus, suggests they are not as strong as their second seeding in the group would imply.

The lowest ranked team in Group H are LOSC of Lille. The club from Northern France could manage an upset against any of the other three teams, especially on home soil. However, the loss of their talisman forward Nicolas Pépé to Arsenal in the summer transfer window greatly hinders their chances of progress

Across the city at Levante UD, the ‘Granotas’ go about their business quietly but effectively. A battling victory at ‘El Estadi Ciutat de València’ over Villarreal cancelled out a single goal defeat at Alavés on the opening day of the season. A 2-0 home win over Real Valladolid has given Levante two victories from three games and a fantastic boost in confidence. They are looking to stay well clear of a relegation battle this campaign.

That only Atlético Madrid can boast maximum points at this early stage of the season indicates that the gap between the top and bottom of La Liga is closing rapidly, and that it would be no surprise to many at the end of the season if an unfamiliar name claimed a Champions League berth, at the expense of one of the usual suspects.