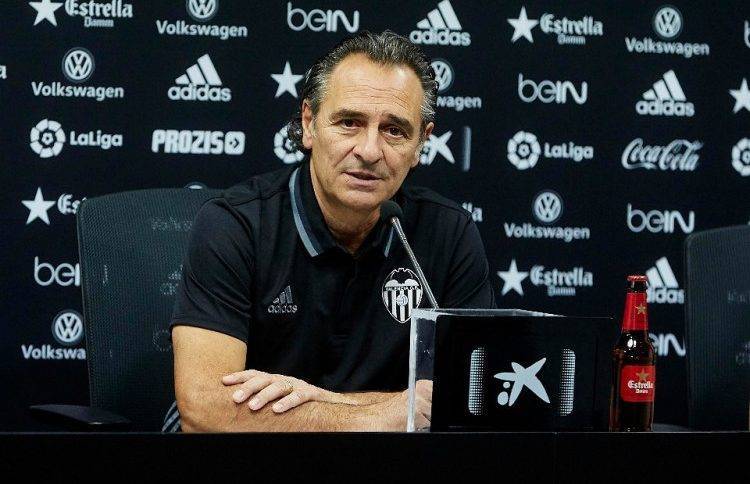 PRANDELLI LOOKS TO BE A POSITIVE INFLUENCE 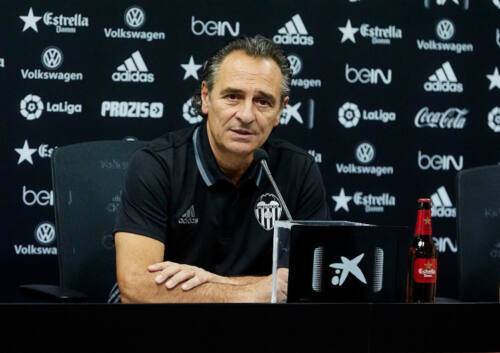 The early feedback both on and off the pitch regarding Valencia’s newest recruit, the manager Cesare Prandelli, seems to be a positive one as Los Che look to move up the table and compete for a European spot as the season progresses.

The Italian took charge of his first competitive game with a match up against Sporting Gijon in Asturias. With Nani injured, the former Galatasaray S.K. boss sprung a tactical surprise by playing Cancelo in an attacking role on the right hand side. The impressive El Molinón stadium always creates an intimidating atmosphere. However, the home fans were silenced inside six minutes when Mario Suarez finished off a slick team move with a precise shot, from just inside the penalty area. Sporting got back into the game just before the interval when Carlos Castro levelled with a clinical header that gave Diego Alves no chance.

The second half was a scrappy affair but the visitors got the all important goal to secure the three points. Once again, the scorer was Mario Suarez, who volleyed home from close range after a wayward defensive header fell invitingly into his pathway.

The winning start for Prandelli moved the team from outside the relegation zone to 12th in the league, such is the narrow margin from the Europa League spots downwards.

Valencia’s next game was at the Mestalla and a showdown with the mighty Barcelona. The Catalans had a couple of injury issues with Gerard Pique and Jordi Alba ruled out after picking up knocks in the midweek Champions League clash with Manchester City.

Former Valencia favorites Jeremy Mathieu and Paco Alcácer had to be content with the substitute’s bench but there was a starting place for another former Los Che idol, Andre Gomez, who lined up in midfield alongside Andres Iniesta and Sergio Busquets.

As always with this contest, it was an explosive & pacy event that was only spoilt by an incompetent refereeing performance. Barcelona took the lead in highly controversial circumstances. Messi cut inside from his left and unleashed a shot from the edge of the box that was heading straight in the direction of Luis Suarez. The Uruguayan, who was standing in a blatant offside position and obscuring the vision of Alves, instinctively jumped over the ball. Because of the restriction created by Suarez, the Valencia stopper reacted slowly and just failed to reach the shot as it found the back of the net. Incredibly Alberto Undiano Mallenco did not even confer with his linesman and pointed immediately to the halfway line. Remonstrations from Alves and the Valencia defense fell on deaf ears and the Valencia keeper received a yellow card for his troubles. Once again, the home side had not managed to keep a clean sheet and were on the back foot after just 22 minutes.

Valencia responded well to the setback, however, and looked to have been denied a stone wall penalty when Rodrigo was felled in the box when heading in on goal. Again the referee, heavily rumored to be a Barcelona fan, showed a complete disinterest in the home side’s complaint.

Prandelli brought Munir on for Montoya at the interval and the attacking approach paid dividends when the former Barcelona player clinically finished with the outside of his foot inside eight minutes of the restart.

With the Mestalla rocking and the players gaining confidence, Valencia took a deserved lead through Rodrigo. Nani, returning from injury, flicked the ball over the heads of a couple of Barcelona defenders when on the edge of the box. It found Rodrigo, who latched onto the pass, and steered his shot into the ground and wide of the advancing Ter Stengen.

For six minutes the stadium was a crescendo of noise and the good old days of the “Fortress Mestalla” had returned. However, parity was restored on the hour when Suarez shot home from a tight angle after Alves had made a stunning stop to deny a goalbound header from Rakitic. Prandelli’s team then had a fantastic opportunity to take all the points when Nani was clean through, but he crashed his effort wide when a goal looked a certainty.

Just like the recent Real Betis game at home, Valencia’s desire to secure a win cost them one point in the end. A counter attack by a struggling Barcelona ended with Abdennour clipping Suarez in the box. Messi’s penalty in the fourth and last minute of injury time just evaded the outstretched hand of Alves.
Once again, Valencia had nothing to show from a powerful performance. Prandelli will now have time to work on securing Valencia’s first La Liga clean sheet as the international break beckons before a trip to Galicia and La Coruna on the last day of October.

Levante UD, meanwhile, continue to keep the smiles on their fans faces. Six points clear of their nearest rival Cordoba after 11 games, the club from the North side of the city are looking well placed to return to the top flight at the first time of asking.
John Howden 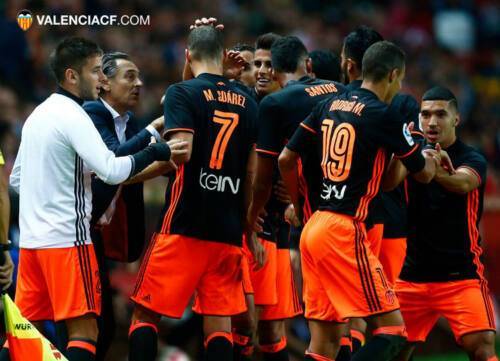 Anyone wishing to watch football in Valencia can obtain tickets from the box offices at both clubs. Further information can be found on the following websites.
www.valenciacf.com
www.levanteud.com