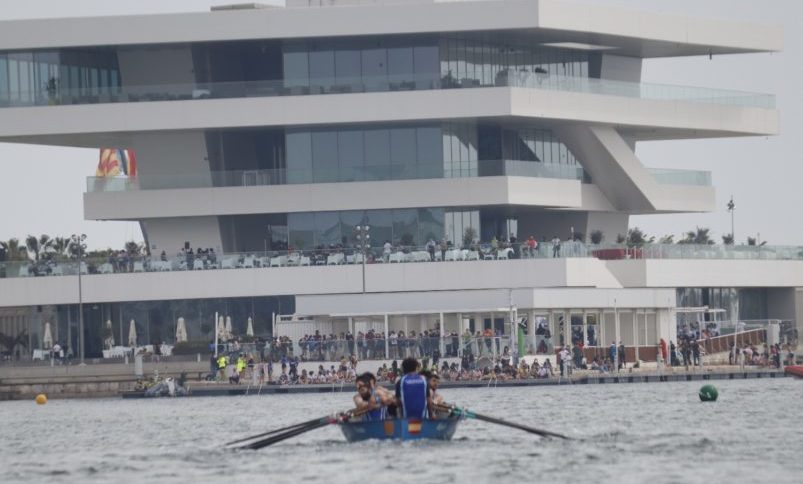 The Mediterranean SUMA Fixed Bench League is holding its 10th and penultimate regatta of the season next Sunday in Valencia. The Club de Remo Ciudad de Valencia is organising, in collaboration with the Rowing Federation of the Valencian Community, a race that will take place in the facilities of La Marina de Valencia. The attending public will be able to watch the event from various points in the port area. The spectacle is guaranteed, as nearly 600 athletes from different clubs from the Levantine coast will be taking part. The general classification is very tight in some categories, which is why this regatta will be exciting and full of emotion in order to decide the final champions.

The first strokes will start at 9am, when the veteran teams will start rowing. In total, 24 boats will compete in this age group.

They will cover 700 metres and will have to overcome two tacks. The conditions are similar for the six cadet teams that will take to the water in the following races. Three teams will compete in the Mixed Promotion Category together with another SCM team, made up of people who are breast cancer survivors.

Juniors and Seniors will cover 1,400 metres and complete four tacks. The first group of youngsters is scheduled to start at 11:30h and the next category will be made up of five boats in the Mixed Promotion Category. Nineteen teams will complete the regatta.