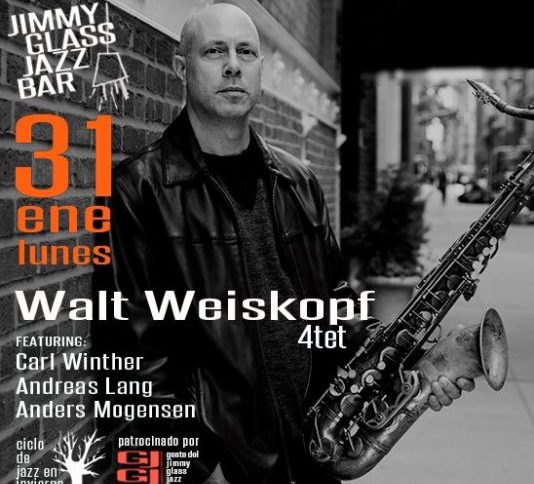 24/7 VALENCIA: COULD YOU TELL US MORE ABOUT WALT WEISKOPF?

(Indicating the name, number of reservations, date and name of the concert and for which of the two passes reservation is requested or if it is for both passes)

Open at 8pm for first set and 10pm for second set.

You can pick up and pay at the Jimmy Glass entrance the same day of the concert.

Mandatory occupation by strict order of entry of tables, bar seats or chairs until completion of the allowed forum (there can be no people standing without occupying a seat)

Pre-order tickets for each pass (whoever wishes will be able to make a double reservation to continue on the second pass by informing in advance and with a discount of approx 50%. for the second pass). Passes won’t necessarily offer the same repertoire.

The confirmation of the reservation involves the acceptance of operating measures on Jimmy Glass:

Mandatory use of mask, except temporarily during actual consumption of drinks or food.

Direct service to tables (in any case, only allowed access to the bar to pick up drinks or make payment.)

NOTICE: IN COMPLIANCE WITH THE NEW NORMAL OF THE VALENCIAN GENERALITAT WE ARE FORCED TO REQUIRE THE EU COVID PASSPORT TO ACCESS  JIMMY GLASS.