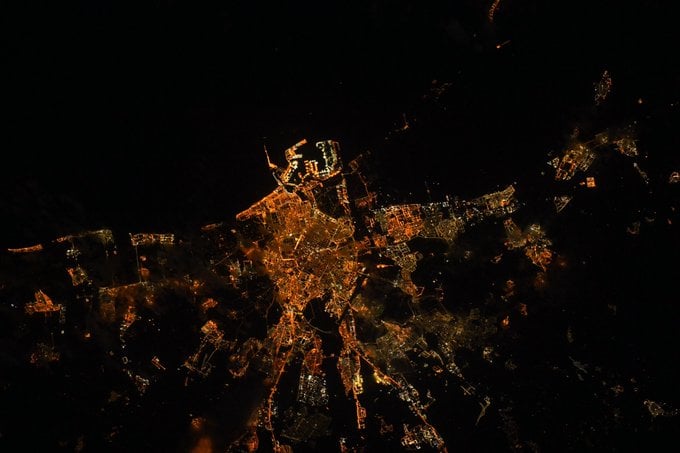 Astronaut Thomas Pesquet has shared a photo from the air where Valencia looks like a bat at night. These are snapshots taken from the International Space Station, as part of the Earth landscape series.

Thomas Pesquet has managed to capture an unusual photo in the mapping of the city where a bat can be clearly seen spreading its ‘wings’. Taken in an east-west direction, which is the line along which the station moves. Usually the maps and photos of the city take a north-south orientation, where l’Albufera appears at the bottom of the snapshot.

On the left wing is Port Saplaya, the industrial estates of Albuixech and Massalfassar, Pobla de Farnals and El Puig. On the right, we find the Pista de Silla which includes Alfafar, Bentússer, Catarroja, Sedaví, Massanassa, Albal, among other municipalities.