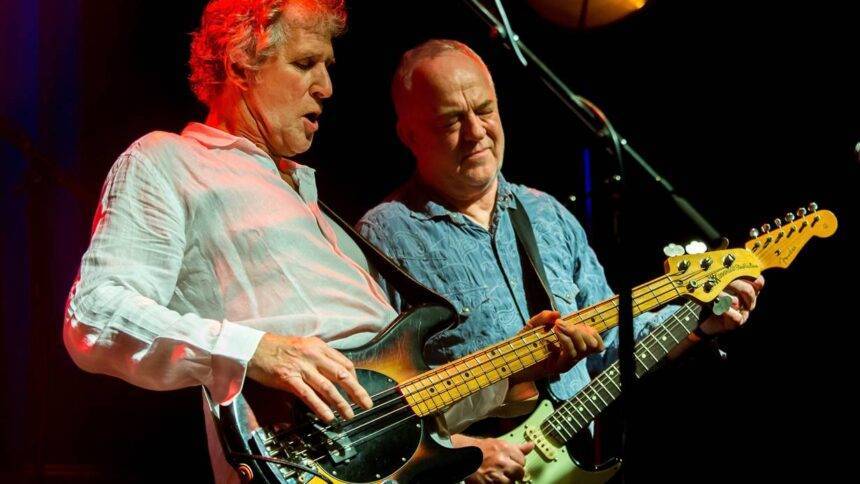 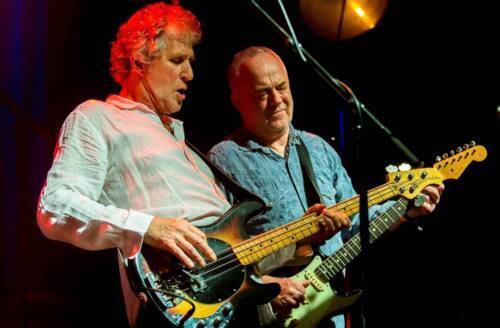 ##Rock and Roll bassist and founding member of Dire Straits, John Illsley has CANCELLED a 12-date tour of Spain in October.  John and his band includes special guest guitarist Robbie McIntosh formerly of The Pretenders. He is also known for his works with Sir Paul McCartney and Sir Tom Jones.

John’s band members also come with a wealth of talent and experience, having worked with some music greats such as Robert Plant, Pete Townshend and Steve Harley along with Nik Kershaw and Take That’s Mark Owen.

As one of the founding members, with guitarist brothers Mark & David Knopfler and drummer Pick Withers, John Illsley played a major role in developing the Dire Straits’ sound. By the time the group disbanded in 1995, changes in personnel meant that Illsley and lead singer Mark Knopfler were the only two original band members remaining.

Illsley was inducted into the Rock and Roll Hall of Fame as a member of Dire Straits in 2018. Illsley has had a remarkable musical journey since 1977, selling over 120 million albums and picking up a few Grammys on the way as well as an Ivor Novello award in 1988 for “Outstanding Contribution to British Music”

The show will feature all the well-known hits from Dire Straits such as: ‘Sultans of Swing’, ‘Money for Nothing’, ‘Walk of Life’, ‘Romeo and Juliet’, ‘Tunnel of Love’, ‘Private Investigations’, ‘Latest Trick’, ‘Calling Elvis’, ‘On Every Street’, ‘Telegraph Road’ and ‘Brothers in Arms’ plus many more & songs from John’s latest album “Long Shadows” which was released in May last year.

John Illsley says, “The new songs fit very comfortably next to the Dire Straits classics, which I still love to play and it seems people love to hear.”

24/7 Valencia: Tell us something about your upbringing and musical background…

John Illsey of Dire Straits: I came from a regular household in the UK but fell in love with music from about 12 years old. I first picked up a guitar at 13 years old.

Any tales of the early ‘Dire Straits’ when they were trying to make it?

We played everywhere we could… sometimes in front of 10 people… but gradually more people came after the first album came out.

What was life like in Dire Straits when you hit it big?

Very busy with no time off, a lot of touring, lots of interviews and travel all over the world but a huge amount of fun playing great songs to a lot of people.

What was the chemistry that made the band so special?

Mark Knopfler and I always were very close and had the same ideas about how the band should be. There were a few changes in musicians but all who joined went well with the Dire Strait sound and set up.

Given that you had a winning formula…what broke the band up?

Nothing broke the band up. We just decided that we had gone as far as we wanted with what we had, we all needed a break and wanted to do different things, me with art and Mark Knopfler with his own music.

How did you deal with the aftermath?

I did a lot of painting, had 2 more children and enjoyed being at home with my family. I did many art exhibitions and spent time with friends.

I have had 3 of the band for over 6 years now. Robbie McIntosh [Guitar,] Steve Smith [Keyboards] and Stuart Ross [Drums]. We have a girl singer called Hannah and another guitar player called Scott Mckeon.

Tell us about your solo career. Do you have any musical plans for the future?

I’ve made six solo CD’S  and 2 live records and one DVD… plus a collaboration with an Irish singer called Greg Pearle. I will continue to make albums.

Could you tell us what the public can expect at your show in Valencia?

We will be playing the Dire Straits classic songs plus a few from my solo albums. We play for about 2 hours.