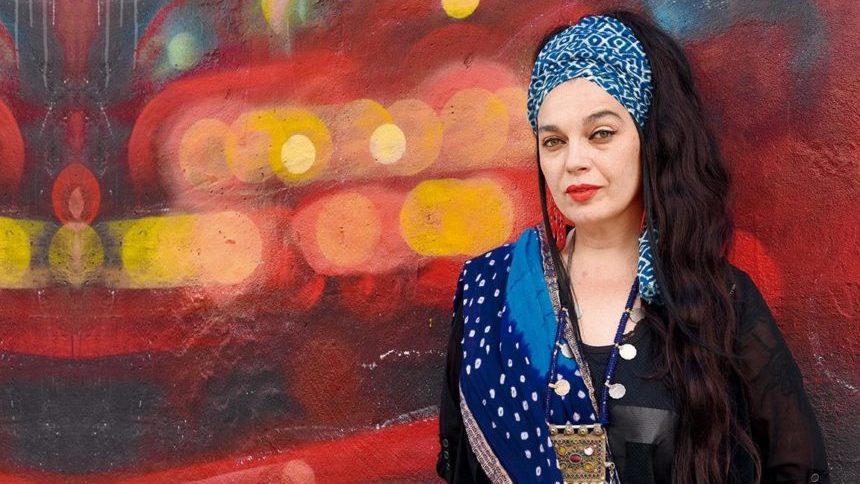 ##‘Heroínas’ is the new album by ‘Marinah.’ Valencian born and bred, she is the former vocalist & leader of the legendary band ‘Ojos de Brujo.’

From 1996-2013, they were the “world fusion” music collective that combined Catalan rumba, reggae, ska, rock and rap…and achieved international acclaim as they toured the globe.

From triumphant shows at the Womad festival and on the Jools Holland ‘Later’ TV show, they were nominated for ‘Awards for World Music’ by BBC Radio 3. ‘Ojos de Brujo’ won a Latin Grammy for their music and left behind quite a legacy…

With the skill that comes with the experience of endless tours and studio sessions, Marinah’s latest solo album explores urban music like rap and electrocumbia as she collaborates in duets with a number of women artists like La Dame Blanche, Rocío Márquez, Nakani Kanté. She takes a trip from the Mediterranean to the Caribbean via flamenco, rumba and even dembow… the rhythm of Jamaican origin from which reggaeton originates.

“It’s a versatile collection of grooves…” says the singer about her new solo album. The album’s concept is unified by its rhythms, propelling the songs ever onwards. There’s an array of beats & tasty keyboard fills and sometimes Cuban trumpet & piano within these catchy tunes with choruses that stick. Each song has a message from the street. It has been described as “urban gypsy music.”

This distinctive album was due out last year but its release was delayed for 12 months due to COVID. Indeed, Marinah was “holed up in a flat near Valencia during the first months of the lockdown but I was able to relocate to Formentera last summer.”

The struggle of women is the focus of her new album…

Adhering to the slogan: ‘To exist is to conquer’, she adds: “This album is an exercise in epic resistance. It is a homage to everyday heroines. I don’t care if she is a cleaner or a mayoress, invisible or visible, because we are crushed by the system all the same”.

Regarding her particular mix of heady sounds and styles, Marinah confesses: “My virtues are my faults. However deeply I have studied a pure genre like flamenco over many years, I actually prefer to pick and choose & fuse genres when it comes to the music that suits my songs. I have always felt like an alternative artist. When I achieved what some might call fame via music I actually ended up kind of boycotting all that surrounds that world… and I ended up doing the opposite of what I was supposed or expected to do.”

This album reflects what she is listening to at home. She digs the music of her collaborators: “I’m 49 years old and I still listen to urban music, I like cumbia, dancehall and reggaeton.”

Speaking about the album cover for ‘Heroinas,’ Marinah concludes: “It reflects a figure with an elevated consciousness but with her feet on the ground, overalls and a gas mask. The goddess we all have inside us, the warrior ready for “rexistence” in all dimensions. A contemporary ‘heroine’… her ‘superpower’ is the skill to get back on her feet.”