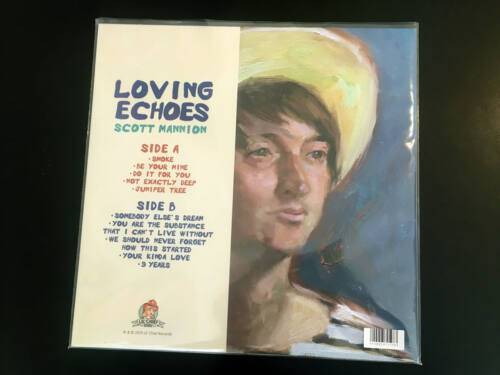 Scott currently lives and records in Chelva, a Spanish medieval village located in the mountains of Valencia. Mannion is a cult figure in the alternative scene of New Zealand, this is his first album in 15 years! In his own words, he is a “semi-recluse.”

After living for some years in Swansea, where he was forced to take a break from music – although he continued to co-direct the label Lil ‘Chief Records – Scott ended up falling in love and settling in Chelva, where, little by little, his strange and wonderful collection of instruments travelled across the sea.

From the rain of Wales to the sun of Spain.  This change of life and the experiences of a 9-year relationship that eventually ended,  inspired many of the songs he would write …as well as a casual encounter with a Greco-American painter who would become his future wife.

Although most of the songs were written quickly and directly, the recording of these songs was not easy with what Scott describes as “a perfectionism that borders on disease.”